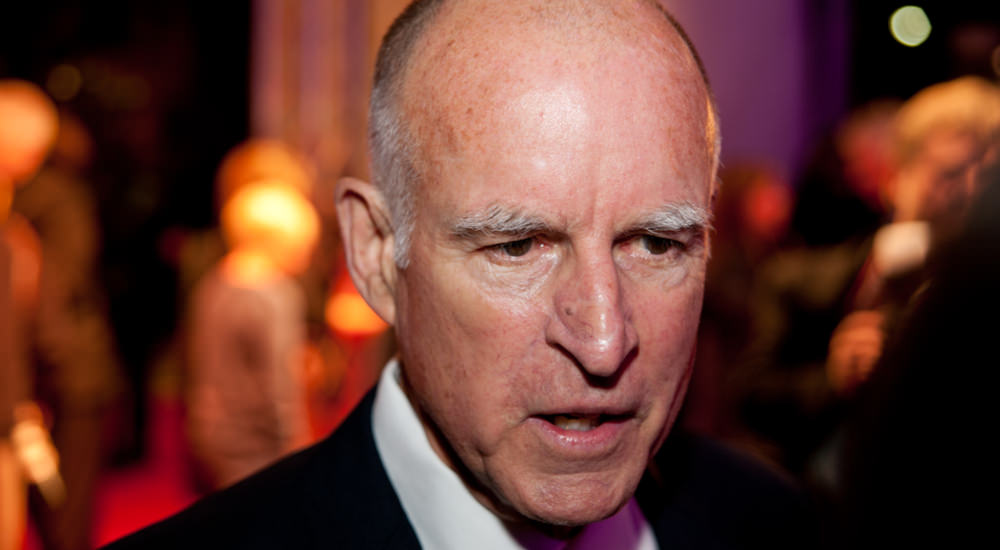 SACRAMENTO 9/20/17—California has long been known as “the land of fruit and nuts” which began with an agricultural description, later becoming a recognized human condition.  Governor Moonbeam (Jerry Brown) is about to sign a bill, SB 239, crafted by legislators allowing, now get this, HIV positive people to become blood donors. Being who he is, he will sign the bill. This knuckle headed idiotic governor is beyond belief but is backed overwhelmingly by his fellow demoncrats.

HIV becomes AIDS resulting in a very prolonged dreadful death. Blood has been screened to make certain that the blood given for transfusions is pure, which HIV is not. A friend of mine who was active in church years ago received such a blood transfusion during a time of surgery, which turned out to be contaminated with that virus due to clumsy screening of the donated blood. This family church man was stricken by AIDS as a result and died.

That nutty bill was introduced by California State Senator Scott Wiener, a San Francisco Democrat. His name certainly fits his goals. The Wiener said that not allowing ‘gays’ to donate blood is, here we go again, “discriminatory.”  This bill, according to Wiener, if passed, would also apply to people who donate semen (fertility clinics) without disclosing they have HIV or AIDS.

Jeff Stone, a Republican senator and former pharmacist from Murrieta, said the law should remain unchanged as someone exposing anyone to HIV would “condemn one to probably $1 million in drug therapy for the rest of their lives along with intense suffering.

Our thanks to Radio Host Bob Boyd (Issues in Education) for alerting us to this latest exploit of a no brains governor.

Bonus Gov. Moonbeam item: Gov. Jerry Brown has just signed another law that would add a box on Driver’s Licenses and Birth certificates in order to check a, sit down, a THIRD SEX box. Remember, the government changed the marriage license from Bride, groom, to Party one, Party two. Yep, the Left Coast is the land of fruits and nuts. Is it possible to present a Certificate of Insanity to Governor Moonbeam?

Why wait until North Korea sends a nuclear bomb to America before we nuke the bowl cut hair leader (and his headquarters) who has threatened to wipe the United States off the face of the earth, while he is testing his nuclear missiles? This is crazy. We should bomb him as soon as he makes public statements that he is going to strike us. This will not only end the problem, save American lives and property; but will be an example to all the nations in the world to keep them in line.

Muslims, who have caused nothing but chaos and death in the world are cowards who look for SOFT TARGETS, like nursing homes, hospitals and schools. First of all, they should have all been deported from our country right after 9/11 with others banned from entering The United States. That is only logical. Now Islam is calling for “lone wolf” attacks in Miami, Houston and other cities affected by recent hurricanes via social media, according to news reports Friday. This would be ultimate ‘soft targets’ for those monsters.

Those people have been greatly weakened by the destruction of the hurricanes, yet the Muslims now have targeted them for vicious attacks. The Department of Homeland Security outlined the warning Thursday in an unclassified “situation awareness” document that was obtained by CNBC.

Haven’t we had enough of the Muslim savages? They must all be deported and not allowed to return. And to all journalists: Please do not use the terms, Radical Islamists or terrorists, The enemy should be absolutely IDENTIFIED. Call them what they are, MUSLIMS in all accounts of their attacks.

And Lets think about this: The homeless go without eating. Elderly go without needed medicines. Mentally ill go without treatment. Troops go without proper equipment. Veterans go without benefits that were promised. Yet we donate billions to other countries AND EXCESSIVE IMMIGRATION before helping our own first. This MUST change.

When it was first announced that she would replace Nick Cannon I was skeptical. But she is EXCELLENT in that role. She is pretty, elegant, and keeps the show moving at a brisk pace with perfect timing. It is a joy to watch her.

Final thought:  Please Readers. Treat all living creatures with love. They have feelings too.