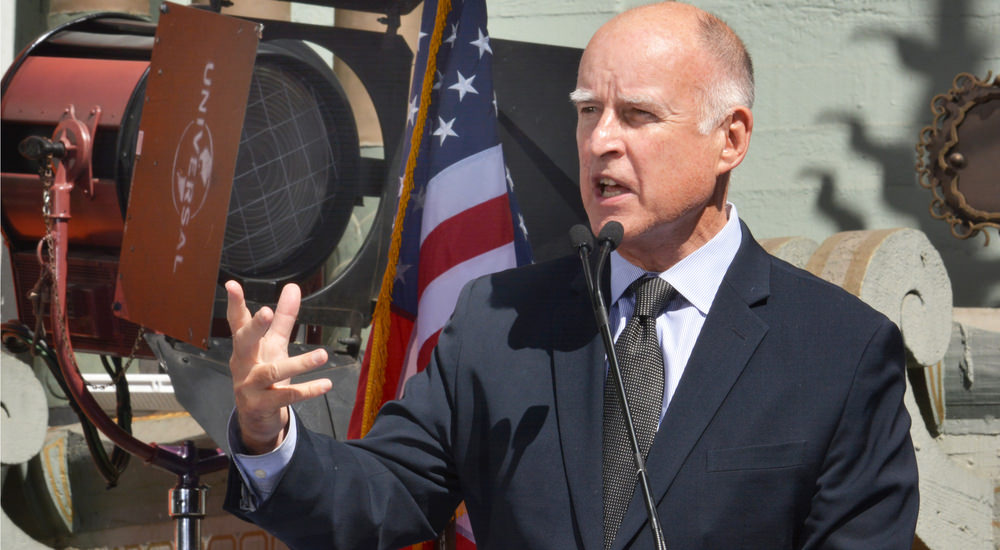 Liberals and progressives enjoy emotionally charged rhetoric, they love mixing it up with protests of all kinds (remember the Dems in Congress who staged a sit-in just a short while back?), liberal progressive dreams and visions of a utopian society freely flows from their lips, but when it comes to actually governing and tending to the true needs of people, these same progressive dreamers cannot be found, and surely will not be proactively managing the affairs of state.  Below is such an example.

Governor Jerry Brown of California fits the need for a large segment of California residents who enjoy dreaming of and pontificating about the utopian all inconclusive all are equal ideology Dems are not at all ashamed to dribble about year in and year out.  But when a moment of reality arrives forcing Democrat ideology out of its’ self-made all absorbing bubble, Dems are like the little man behind the curtain in the Wizard of Oz movie who pulled the levers to make the “Great OZ” appear in huffs and puffs and smoke and fire.  In all reality the GREAT OZ is but a caricature functioning by pullies, handles, levers, smoke and fire to create fear and awe.  In essence, Democrats have evolved into mere bullies the kind you may have had to contend with on the Junior High playground.   But once they are soundly confronted, once they are made accountable for their speech and behaviors, they become like the little man behind the curtain who manufactured the HUGE and GREAT OZ; naked and exposed for their con – void of explanation, pathetic.

Compounding the sadness of this sordid political theatre is the reality that people’s lives and fortunes are directly and adversely impacted by these sophomoric morons who cannot leave their talking points even a moment to care for the very people they claim to care about.  California Governor Jerry Brown should be a real embarrassment for the citizens of California.  Unfortunately, Jerry Brown is allowed to continue his preaching and march toward creating a socialist society along the lines of Venezuela, Honduras, and Cuba.

Jerry Brown’s former girlfriend hit the mark directly with her song “You’re No Good, You’re No Good, I am over you!”  You may listen to her words here:

Investigative Journalist, Katy Grimes, who also happens to be a California girl, has written a powerful and insightful commentary, you can read it here.  WAKE UP dear California Dreamers!  The tide is going out, and soon, very soon the view from your once pristine beaches will not be very attractive at all.  Many, many businesses and industry have already figured this out, and they have packed-up and move out of your once Golden State.