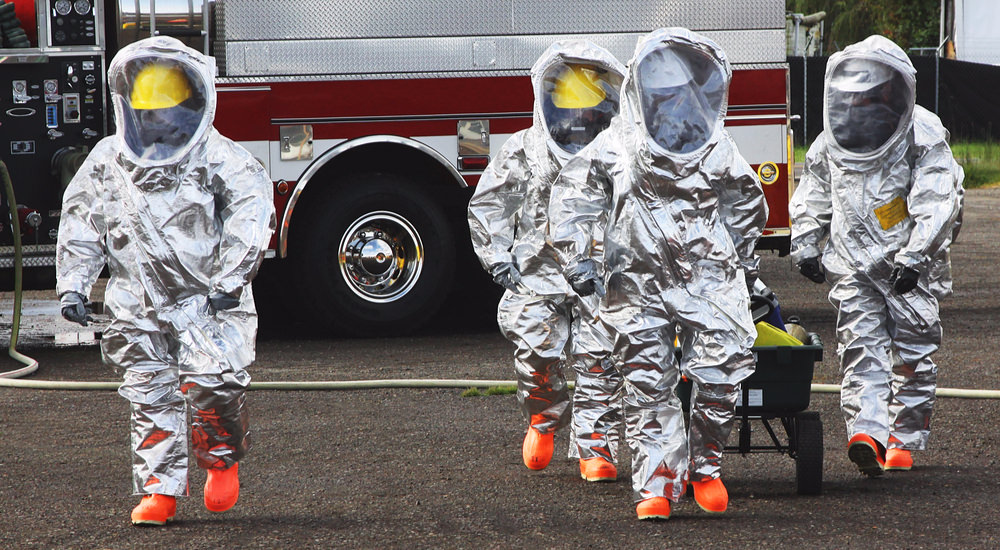 Flint, Michigan is known for one thing these days – lead poisoning.

In 2014 Flint began drawing its drinking water from the local Flint River while they waited to connect to a regional water source. Residents began complaining about the water quality and in 2015 it was discovered that some children in Flint had increased levels of lead in their blood. The Flint River water apparently had elevated lead levels and the children had ingested it.

It was all over from that point, for we all know that lead poisoning is very serious as it affects brain function, etc.

Now the residents of Flint have another health problem – and this time it’s real. I’ll explain the second half of that sentence in a bit.

It seems that the people of Flint have been sufficiently frightened to death by the lead scare that they are afraid to bathe or shower in the “contaminated” water. They are instead using baby wipes to clean themselves. The wipes are evidently not getting the job done. Because of this lack of basic hygiene, 53 Flint residents, so far, have been infected with Shigellosis, which causes bloody diarrhea, fever and nausea. There are a total of 84 victims of this highly infectious disease throughout the surrounding Genesee County.

So the government first deemed that Flint’s water was unsafe due to high levels of lead contamination. It then provided the baby wipes to residents in place of bathing and general hygiene. Because the government provided the wipes, the residents naturally assumed that they would be an adequate substitute for a real shower. Obviously the government was and is wrong, which brings me back to the original lead scare.

As it turns out the Chicken Little’s and government neglected their own EPA and CDC, which long ago deemed that bathing and showering in low lead contaminated water is safe, as skin does not absorb lead.

In other words, the people of Flint and Genesee County could have spared themselves the crippling and drug-resistant Shigellosis disease if not for the hysteria surrounding the original incident.

Regarding the original lead scare, it turns out to be just that. As happens more often than not these days – real science seems to be consistently pushed aside in favor of hysteria and junk science.

The hysteria over lead can be traced back to a single source. Much like the myths that salt kills, and others, the lead myth too comes out of the 1970s. It was a good decade for junk science.

The children of Flint were tested and some had blood lead levels (BLL) exceeding 5 micrograms per deciliter. Remember this number.

The man who originated the lead scare was Herbert Needleman, a University of Pittsburgh professor. He testified before Congress in 1979 that he had done a study and found that low levels of lead harmed children’s intelligence and adversely affected their behavior.

The EPA back then wasn’t completely co-opted by the left and rejected his claim stating  that, “the Committee concludes that the study results, as reported in the Needleman paper, neither support nor refute the hypothesis that low or moderate levels of [lead] exposure lead to cognitive or other behavioral impairments in children.”

A full investigation into Needleman’s findings by his University found that, “… it is doubtful whether [Needleman’s study] represents a fair and accurate ascertainment of the relationship between IQ and [lead levels].”

Even the New England Journal of Medicine weighed in stating that Needleman’s work showed a “pattern of errors, omissions, contradictions and incomplete information.”

The University of Pittsburgh eventually ruled that Needleman engaged in “deliberate misrepresentation” and “substandard science.”

Almost 90% of the children of the 70s, by today’s standards, should be brain damaged. But they are not. And why?

Because low levels of lead are not as dangerous as were being told by the junk science hysteria crowd. It’s frankly getting to the point where we can’t believe anything these so-called experts claim.

Meanwhile, the public remains at the mercy of these quack scientists and the government which funds them. To me, this is just another means of control wielded by the progressive left, and the people of Flint and others are paying the price.