A Government Not of the People 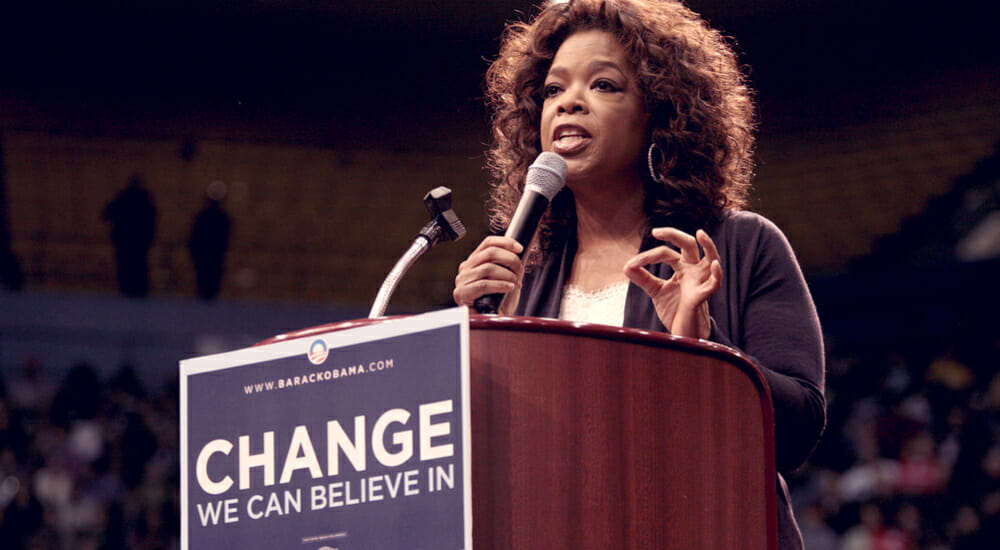 My comment today is to the misguided Liberal Democrats that have been pushing Oprah Winfrey’s name for the next Presidential Election.

Are they pushing because she is a woman, because she is Black, or because she is popular? None of these reasons will befit her for the Presidency. She is in the entertainment business, and we have all seen their collective behavior of late, pertaining to Government and personal habits! They mostly use their popularity for personal gain; much as the Politicians in Washington D.C., and many Governors.

Speaking of which I once again reiterate my opinion about the Professional Politicians; they are representing their Party, not their constituents. That is becoming increasingly obvious. We are no longer a “Government of the People, for the People, and by the People”. Those elected care not about the voters that put them there, and are very much ignored. It is extremely difficult to get a message to any Representative. Mostly they all have several Clerks reviewing their incoming mail, and THEY (the clerks) chose which shall go to the Representative; or in some cases they categorize the content and many, depending on the category, are just put aside.

The recent activity regarding the Gov. ‘shutdown’ and the ‘immigration situation’ is proof positive of this self-serving attitude that is prevalent within our Legislative Dept. The Ladies and Gentlemen elected to these positions, ‘by the people’, have divided this distinguished sector of our Government, possibly to the point of no return. They even separate themselves in their seating positions. They vote according to their Party. Outcomes expected or predicted always count the vote along Party lines. Did we the voters elect a party, or did we elect a person? In many cases we elected a Party. Especially the Democratic Party, that, I believe, tells their members how to vote more than any other. Many are intimidated into voting for the Party Candidate, instead of the ‘PERSON’ they think will do the job.

We, as individuals, as the people, must insist that our Government act and follow our Constitution.

The Liberal Democratic movement within our Nation must be dealt with on a National basis. We as a Country and a Nation, must stop them in their tracks. They are a cancer among us. The lying, the hypocrisy, the Criminal activities, and the anti-American actions that they foster, must be stopped at all cost.

Our Legal society among us must stand up for the United States and stop the procrastination. Stop the fracturing of definitions, stop the misguided Bureaucratic stronghold; remember your oath, stop the criminals among your profession that have grown to believe they are above the law. You have been educated to defend our Constitution, not find ways to undermine and work around it for personal gain. You are belittling the

Founders that were of the Legal Profession. You are disgracing your profession. Time to revert to being an AMERICAN! ! !