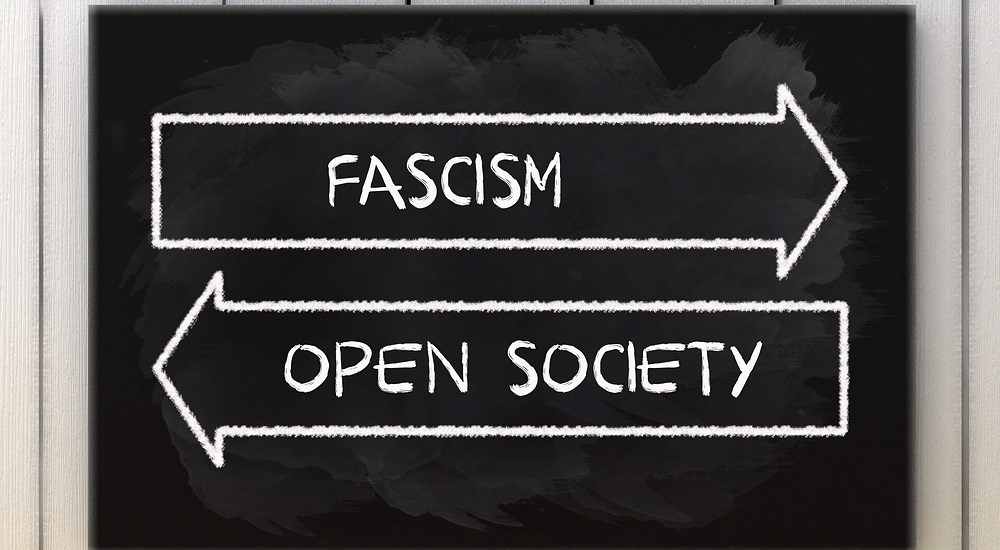 All we hear about regarding what is going on in Washington and Wall Street is a pseudo system called crony-capitalism.  In reality the name crony-capitalism describes a system  of political favoritism married to free market capitalism.  A mixture of freedom and state controls is properly called a mixed economy which we have endured for many decades as it moved toward its current state which should more properly be labelled fascism.

If you look up the definition of fascism you will find it consists of an economy that permits private ownership of property and the means of production but the state tells the owner how to operate his business.  You see this in the favoritism of such boondoggles as Solyndra and the confiscated ownership of General Motors.  You see it in the increasing regulation that is touching practically every business in America.  It is fascism without the other ingredient of fascist dictatorship which would include censorship.  Another component of fascism is one party rule.  As both parties are essentially moving in the same suicidal direction this component is evident de facto although not de jure yet.

The media has bought into the term crony-capitalism and in their usual non-questioning non analytical manner allow the term to become the explanation for the current state of the economy.  This amounts to a smear on the system of capitalism which in its proper form does not permit political favoritism.  Capitalism which honors and protects private property and the complete separation of state and economics has no room for cronyism.  Only fascism is a system where the components of state and the economy are melded and cronyism and corruption and favoritism thrive.  This is easily verified by examining the actual state of fascism that have existed in the countries of Nazi Germany and Fascist Italy.  Both of these countries had private business owners that operated under the oversight of the state.   See” Schindler’s List” for a depiction of how such a system works.  Blaming capitalism for the distortions and disruptions the government has imposed on the economy is the equivalent version of blaming the Jews for the problems in Germany and Italy during the 30’s and 40’s.  It is scapegoatism designed to divert the true blame of the government policies toward a straw man.  Why do you think the administration so quickly embraced the occupiers of Wall Street?  Of course the administration and most Democrats would align themselves with a mob blaming Wall Street.  The Tea Party properly blamed the government and was quickly dismissed by the administration as Astroturf, irresponsible and rowdy which were smears that could not be documented.

The occupiers, if they were to properly identify the system that is being imposed on the country by our government’s policies would drop capitalism from their chants and signs and raise the issue of encroaching fascism.  This would then point the finger of blame where it belongs and away from Wall Street whose only sin was to get into bed with politicians who passed laws they had to obey.  For instance, when the Community Resource Act was imposed on the bankers they either had to make risky loans or the government would punish them.  The government knows this but they won’t own up to it.  They will not take the blame for the policy that created thousands of delinquent loans and a housing collapse.  The government is quite willing to align itself with ignorant rabble rousers even if the results are street violence just so they will not have to take responsibility for a policy they enacted that shattered the economy.  Meanwhile the press is quite willing to side with the politicians and condemn Wall Street because they envy the money they think is somehow being taken from people who are too dumb to avoid being fleeced.  The government bailouts add to the issue which were instituted by the government.  In a capitalist system there would be no bailouts so how can you ascribe the bailouts to a made up moniker which includes the word capitalism?  The only rationale for such a ploy is to place blame on the free market that is not free and corrupted by the government.  As long as Wall Street plays along with this charade it is the mob and the Democrats that will win by default.  I doubt there are any on Wall Street who understand what the issue is, why they are being blamed and even what capitalism is.  Why do I say this?  Do you hear any voices articulating the charade that is being foisted upon them and properly condemning it for what it is?  Why not?  Either they don’t know or they are too afraid to speak up.  I am convinced they don’t know and cannot conceive that their government would accompany their demise.  They misjudge the evil of the power hungry and the lengths that the politicians will go to avoid responsibility for a collapsing economy.

I have spoken before many times of the inflation that is being falsely reported and is a not so well hidden phenomena undermining the standard of living of millions.  The government will not own up to the false reporting it endorses and is living on borrowed time before that blows up in their face.  You can say inflation is at a certain rate but if in fact it is much higher than you report it will still eat away at the value of your currency.  This is what we are experiencing and another reason why the debt is climbing to unfathomable heights.  The crash cannot be avoided by the pretending of Washington.  They know it is coming and they know it will only be made worse by the printing of more money.  Just as when the housing market collapsed from pumping too much easy credit and produced too many houses for buyers that were not qualified to buy so too the general credit expansion will be faced with the realization that the alternatives are either hyperinflation or depression.  Neither choice is good but one is inevitable.  A depression will restore some value to the currency.  Hyperinflation will erode the value of the currency and make it worthless.

Such a tragedy and the associated misery, chaos and loss of life and property cannot be blamed on capitalism or even the crony capitalism label.  It must fall on the shoulders of the government policies that tried to inflict fascism while calling it something else.