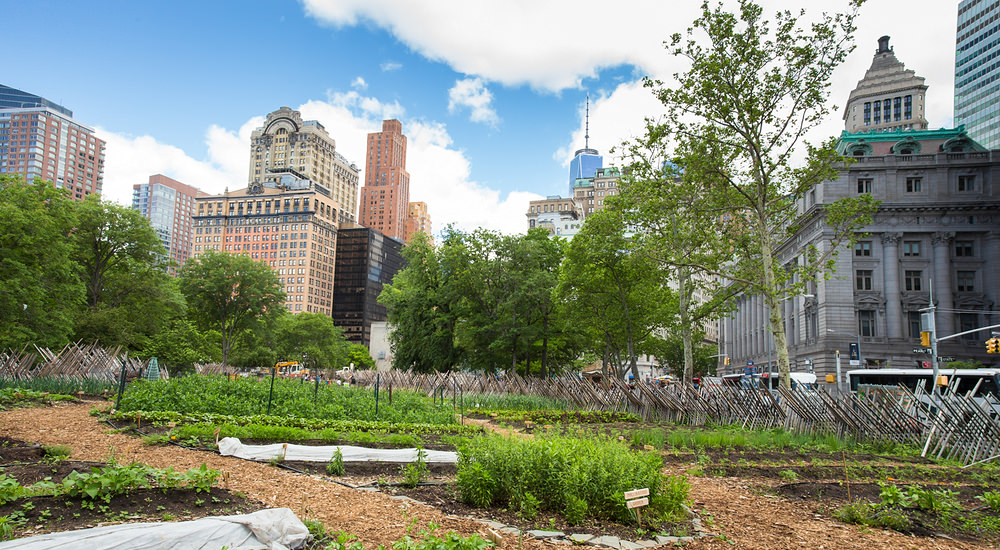 Scroll down for Audio Version

The city of Chicago will be receiving $1 million to set up “Urban Farms.” It’s part of an overall federal government giveaway by the U.S. Department of Agriculture (USDA).

“Chicago’s new ‘Growing for Chicago’ initiative is one of 45 projects to be awarded a total of $26.6 million this year through the U.S. Department of Agriculture’s annual Conservation Innovation Grants.”

Naturally, the first thing that comes to mind is to ask what authority the USDA has to give $26.6 million of federal taxpayer dollars away to black holes like the city of Chicago. But that’s a silly question. They have no authority whatsoever. So what. What does that matter anymore. I’m sure the funds where tucked away in the massive farm bill, that no one ever reads.

Second is that this is obviously not a one-time thing as the Tribune states the money is part of an “annual” giveaway. So this giveaway happens every year. But no matter. I’m sure it will go to the cause it claims to – “Growing for Chicago,” and not to line politicians’ pockets, or used in crony corporatism scams. We can trust them. After all – it is the federal government and city of Chicago we’re talking about – both run by well-respected and honest administrations.

The plan is to turn a stretch of abandoned rail line in the Englewood community of Southside Chicago into an Urban Farm. Englewood is one of 77 communities in Chicago and has the current distinction of having the seventh highest crime rate in the city. That’s the place I would choose to start a farm.

Interestingly, Agriculture Secretary Tom Vilsack, in a press release regarding the “grants,” made no mention of give money to the public sector. He stated that, “The Conservation Innovation Grant program is a highly competitive conservation grant program that helps put the very best conservation tools to work on privately held farms and forests, for maximum environmental impact. This investment will offer farmers, ranchers and forest landowners new ways to protect their natural resources and new revenue streams to keep their operations viable, building on the record amount of conservation work that has already been done under this Administration.” Huh – wonder why that is?

And don’t think Chicago will alone receive money in the area. Just two hours south, in Peoria, Fresh Coast Capital, a Chicago-based company is also launching a new “Urban farming” program. Who, you may ask, is Fresh Coast Capital? Well, one the co-founders was a community organizer for 13 years prior to starting this venture. Another co-founder worked for the EPA and oh look – the Department of Agriculture. Yet another was project manager at the National Resources Defense Council – a radical environmental activist group.

It looks to me that the U.S. Department of Agriculture is doing what this government does so well – lining the pockets of their friends and associates, while claiming to help revitalize these cities.

One commenter wrote: “Will this $ be audited by fed gov’t or will it get split up into the Dem machine to get d’s elected again. Lived here my entire life. State and fed $ has a LONG history of vanishing into the woodwork never to be seen again. Poof and its gone.”

Of course there will be no audit – no follow-up – no scrutiny of where the money actually goes, or whether it did any good, which it never does. This is just another phony feel-good sounding program for the federal government to throw money at – because, as has been demonstrated time and again, government funding solves all problems.

Another commenter asked where they might get the farming equipment. He suggested they forge plows out of weapons, being that Chicago is the murder capital of America. That’s a great idea. The city of Chicago can offer a no-fault gun turn-in program. After you murder a rival gang member – rather than throwing your gun in Lake Michigan, you can turn it into the city, which will have it melted down and made into farm equipment to plant crops. It’s the Chicago circle of life.