Gorsuch For The Court is a Win for Fly-Over America 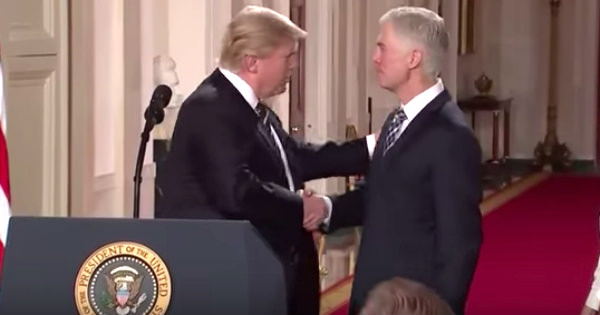 The nomination of Neil Gorsuch to the U.S. Supreme Court is a win for people in fly-over country. Land and what it can produce are factors in the tenth circuit, Wyoming, Colorado, Kansas, Utah, Oklahoma, and New Mexico. Along with the other nine western states, we have the majority of the land owned by the federal government and the lowest populations. A different outlook is needed when land and natural resources are the prime element and not people. In urban areas people take priority. The last group of states, the ninth circuit, is controlled by the urban coast of California, Seattle Washington, and Portland Oregon. This mass amount of land is a major part of the food basket and minerals for the rest of the country.

The farmers, cattleman, miners, and engineers use physical, science, not the social sciences and humanities. These are the people in eastern parts of California, Oregon, and Washington. The largest cities elect the two senators. The House is the only place where the people come close to having a voice. That is why the election maps are mainly red. Republicans represent the same amount of people. Where one Republican rep might represent a whole state, a Democrat might only have a few square miles in their congressional district.

A senator is supposed to represent the full state.

A corporation is a very general legal term dealing with taxes. A sub chatter S corporation is often a family, a church is often a non-profit corporation. There are private and public corporation, the latter are traded on the stock market. Corporations are just a piece of paper for financial purposes, they have no conscience or blood. In some areas, minorities are almost non-existent. Cost of living is not the same across the country.

For eighty years, the President did not make a Supreme court appointment during his last year in office. If Hillary would have won, Mr. Garland would have been the nominee. President Obama proved elections have consequences. Before Obama, the courts were not a top issue and were seldom asked about by the media.

The disagreements with President Trump should be put aside in connection of confirming Judge Gorsuch as Gorsuch is well qualified.