The GOP Falls for Another Alinsky Ploy! 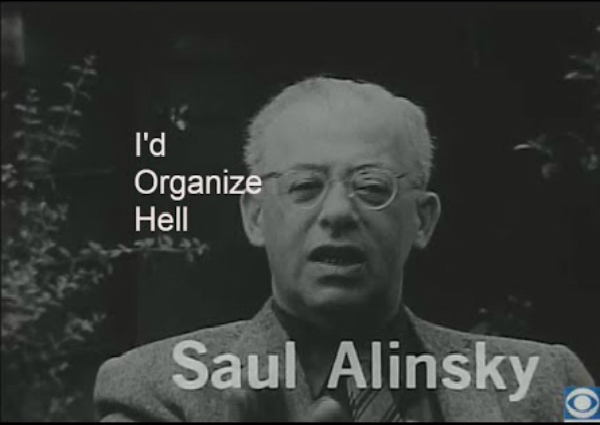 After all of the time spent by many people, including myself, explaining the tactics of Saul Alinsky and how today’s Progressive-Left has turbo-charged them, it is stunning – in fact, incredulous – that Conservatives and Republicans are falling for the Clinton deflection con. The complete acquiescence to this tactic is, sadly, proving the Progressives right. Maybe the Right isn’t that smart at all.

The proof in the pudding is the self-righteous outrage being leveled against Donald Trump for an audio recording that exposes a private, “boys-will-be-boys” locker room conversation in which he is braggadocios about his sexual prowess. In every corner of the Conservative world, from social media to the halls of Congress, people are tripping over themselves to castigate Trump for talking like almost every guy has at some point I his life. If you are a guy and you refute that statement you are an unmitigated liar.

And at a time when the self-righteous Right is vomiting invective against the “crass” and “lewd” statements made over a decade ago by Trump, Wikileaks is revealing that this was Hillary Clinton’s plan all along. To promote someone that many would consider “extreme” and then to control the narrative to destroy him or her, leaving her pathway to the Oval Office unencumbered.

In 2015, FOX News reported, the Clinton campaign strategized about ways to elevate Donald Trump and other “extreme” Republicans as “Pied Piper” candidates. These candidates would ultimately be so “unpalatable,” that smearing them into oblivion would be easy and, in the end, the distaste the public had for the candidate would help Clinton win. These “Pied Piper” candidates, Wikileaks revealed, also included Ted Cruz and Ben Carson.

Now, if you bothered to read Rules for Radicals, something I have been saying is an absolute must if you care to protect the Republic from the Progressive movement, you know that they have executed a few rules right out of the textbook. If you read Rules for Radicals, then you also recognize that the anti-Trump crowd has been duped into falling for these Alinsky tactics once again.

“‘Make the enemy live up to its own book of rules.’ You can kill them with this because no one can possibly obey all of their own rules.” Alinsky continues, “This is a serious rule. The besieged entity’s very credibility and reputation is at stake, because if activists catch it lying or not living up to its commitments, they can continue to chip away at the damage.”

Does this sound familiar? It should. It is exactly what the Clinton team and their Progressive lapdogs in the mainstream media have dangled in front of unwitting Conservatives to fracture the cohesiveness of the vote just 30 days out from Election Day.

“‘Ridicule is man’s most potent weapon.’ There is no defense. It’s irrational. It’s infuriating. It also works as a key pressure point to force the enemy into concessions.”

This tactic generates anger, resentment and aggravates basic, but previously un-irritated, differences in the rank-and-file. Once the anger is in place and the divide is palpable, then the Alinskyites move to rule number nine.

“‘The threat is usually more terrifying than the thing itself.’ Imagination and ego can dream up many more consequences than any activist.”

In this rule he explains that perception is reality. In defense of the illegitimate perception, organizations – including presidential campaigns – will expend huge amounts of precious time and energy combating it. This can often lead to demoralization and a deterioration of momentum going into critical stages of political campaigns.

And this leads to Alinsky Rule No. 12, which reads:

“‘Pick the target, freeze it, personalize it, and polarize it.” Cut off the support network and isolate the target from sympathy. Go after people and not institutions; people hurt faster than institutions.”

That we are falling for this again is a monument to how fickle the Right is when it comes to political strategy. They gave us their play book and we are still falling for it. Clinton spoke about it in a Wall Street speech; telling us exactly what she was planning to do, and we still fell for it. Ask yourself: how stupid are we to fall for the Alinsky rule book time and time again?!

Were Trump’s braggadocios comments are concerned, yes they are lewd. But his words pale – intensely – in comparison to any number of offerings from today’s entertainment industry. Listen to any pop or rap millionaire’s “love songs” – which, by the way, our culture glamorizes – and you can hear real misogyny at a much more caustic level. From calling women whores to bragging about how many women they can “knock up,” rappers – almost canonized by their fans and the entertainment industry – spew misogyny a billion times more caustic than Donald Trump. And remember, rappers are looked up to by young people, especially in the urban areas.

That there is “outrage” over Trump’s ego statements and literally nothing being said about the entertainment industry’s mainstreaming of a misogynistic and violent culture, is a badge of hypocrisy to be worn by everyone sanctimonious enough to rail against Trump for a locker room statement.

Meanwhile we are all just “outraged” about a locker room choad contest in sexual bravado. As Forrest Gump’s mother said to him, “Stupid is as stupid does.”