GOP and Dems Conspire to Violate the Constitution! 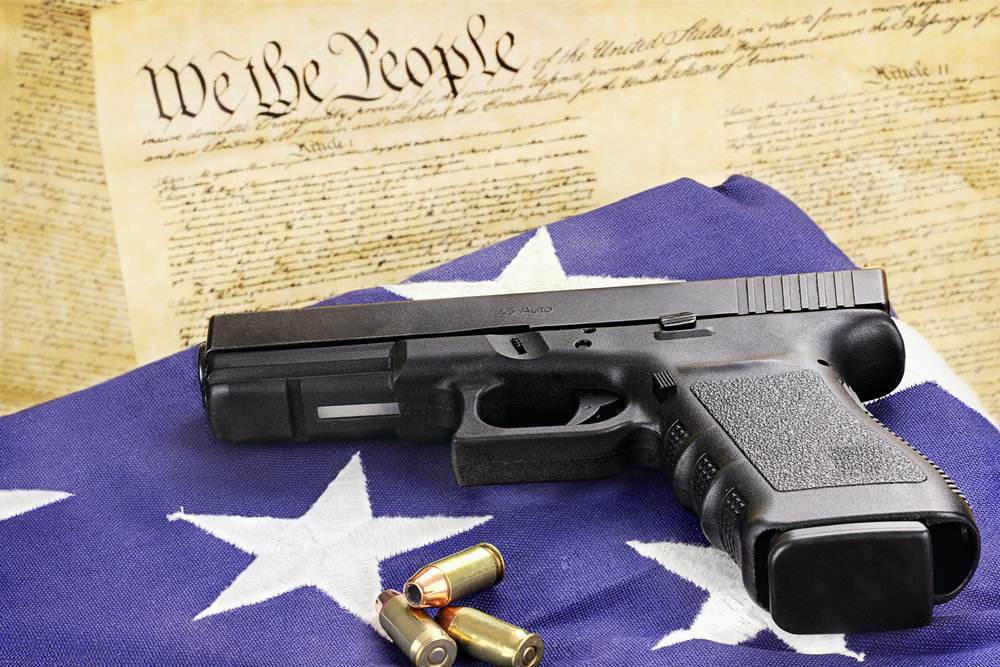 From the aftermath of the Orlando massacre come the expected cries for stricter gun control. But would we expect anything less from leftists whose credo is “Never Let a Good Crisis Go to Waste?”

And isn’t that what it’s really all about – moving the ball ever-forward – building that framework – brick by brick, law by law, regulation by regulation, lie after lie, until the framework is complete and there is nothing remaining but to confiscate our guns. Don’t ever be fooled into thinking this is not what they want – so embarrassed are they of our backwards country and so envious are they of the more advanced progressive nations in Europe and even Australia.

One of the most prominent gun-grabbers is California Senator Diane Feinstein. Call me cynical, but I believe the gun control measures which are just now coming to light have been written long ago and simply stored in some file somewhere just waiting for a “good crisis” to appear. One such is the legislation Feinstein is seeking  that would “place an outright ban on firearm purchases for those who appear on a federal terror watch list that includes those who are not permitted to fly.”

Of course to advance her silliness, she knows she’ll need Republican assistance, so she approached Texas Senator John Cornyn. He has already proposed his version of “common sense” gun legislation, which will “place a 72-hour delay on gun purchases for people on the terror watch list, and it would require federal officials to prove in court that the person should not be allowed to buy guns.”

So Feinstein figured she could negotiate with Cornyn to develop a compromise bill. “She approached him and they’re talking,” a GOP aide told the Washington Examiner, referring to Feinstein and Cornyn. “We all agree on stopping known or suspected terrorists from purchasing a weapon, the question is whether we do it in a way that’s Constitutional.”

Wait…What?! Constitutional?! When was the last time two Senators with Liberty Scores of ‘F’ (Conservative Review) concerned themselves with…what did they call it…the Constitution? What’s that? And what’s this “IF we do it a way that’s constitutional?”

And say they do pass legislation – either Feinstein’s, Cornyn’s or something in between – so what. Would it help stop the next Omar Mateen? Emphatically no! And why?

Because Omar Mateen was not on any list that authorities could access. He was nowhere. Mateen was on no watch list, no, no-fly list. He did not appear in the KST file, which is used for firearms background checks. All these various lists are derived from the TSD – and if you’re not on the TSD, you won’t end up on any of the more specific lists.

TSD stands for the Terrorism Screening Database (commonly known Terror Watch List). It is the “U.S.’s central repository of foreign and domestic known and suspected terrorists.” As stated, from this database, all others including the KST, or “Known and Suspected Terrorist File” are derived. The “No-Fly” list is also extracted from the central database.

As I’ve written previously, Omar Mateen was investigated and even interviewed by the FBI. “They interviewed him twice in 2013. In 2014, they interviewed Mateen for possible ties to the American al-Nusra fighter and suicide bomber, Moner Abusalha who blew himself in Syria in 2015. By sheer coincidence, the two attended the same Mosque – the Islamic Center of Fort Pierce. Then, in 2015, Mateen once again came under FBI scrutiny for possible ties to Abu-Salha, who went to the Middle East, received his terror training and returned, specifically to Fort Pierce and Vero Florida, to recruit jihadist fighters.”

How does someone like this not end up in the TSD? Well, one has to be nominated by U.S. officials, suspecting him or her (no transgender terrorists yet) of “engaging in or aiding terrorist activities.” Mateen was nominated and placed in the database, but the FBI closed his cases and removed him from the list. We don’t know why.

As we plainly see and has been explained by others, Mateen could not have been flagged as a threat by anyone, as he was removed from the government database and other various lists, so this latest round of “gun control” legislation would have done nothing.

And if we know this, you can bet Feinstein, Cornyn, McConnell, et al, know. And it won’t matter in the least, because as I said – it’s not, never has been and never will be about stopping anyone. It’s all about the gun-grab – and of course control.