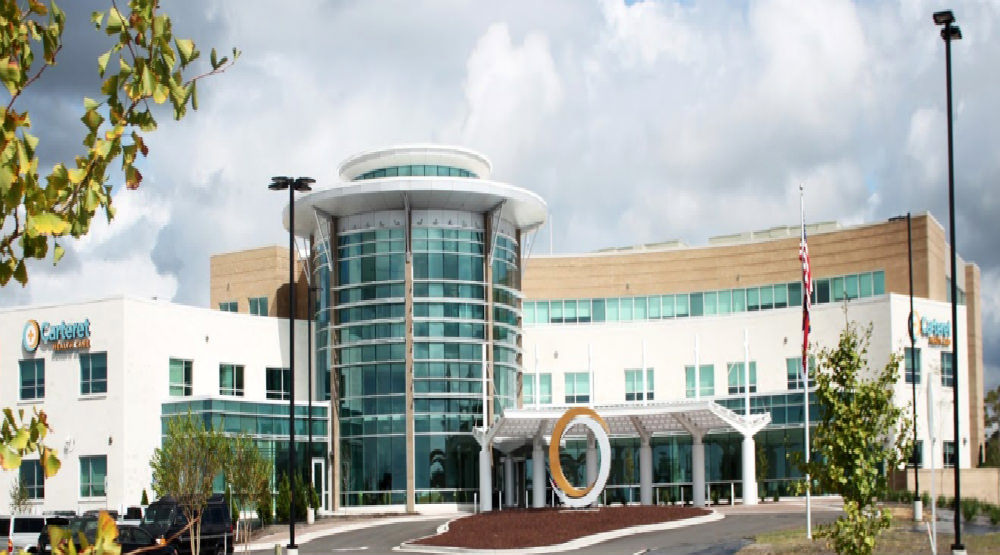 When the only hospital in the county decides to remodel and add additional space (which wasn’t a necessity) and spends over $55,000,000., we have a major problem.  The new front must have cost many million’s alone.  It’s too big, the glass is a waste, and it takes up parking spaces that are badly needed to say the least.

Here in Carteret County, NC we have mostly an elderly population, and if one has a partner or family member in the hospital it’s almost impossible for them to find a parking space, and make the long walk to the front door, much less walk all the way to the room where the patient is located.

I have a dear friend that is 86, and her husband was 96 and hospitalized earlier this year.  If there wasn’t a volunteer near the door that would push her in a wheel chair she would have to wait a very long time to get to his room.  I failed to mention that if you were forced to park by the ER which was closer to a door, but almost doubled the walk to any room in the hospital.  Once in a while if you were lucky you could find a Security Officer to take you in a wheel chair.

I remember a couple of years ago I had to go have some lab work done.  Having had 2 back surgeries, I still don’t know how I walked down to the lab which is approximately 2 blocks from where you had to enter the building.

Evidently no one cared about the family and/or their needs of some of their patient’s when doing the very costly un-necessary remodeling.  You can bet it wouldn’t have taken me but a couple of days of reviewing the drawings of the old building to have come up with a much better/cheaper plan than what they did.

Anyone with any common sense, especially the Board would have known that what they were planning to do, not to mention the cost involved, would have fought the plan and had it redone with far less wasted expensive space and material’s.  Granted as Board Members they get paid, so I don’t guess it wasn’t worth a fight to them.

I’ve made many trips by the hospital, usually with someone with me, and there is always a bad comment about what they’ve done and what it cost, and it doesn’t always come from me.

On top of all this, BCBS withdrew their service from the hospital.  Can you believe that a very high percentage of resident’s had BCBS which meant they had to drive or be taken about 30-40 miles to New Bern to the next nearest hospital.  All of the City and County employee’s had BCBS, so it was quite a blow to everyone.  At some point the hospital worked it out with BCBS and now they’re doing business together again.  This is the only good thing that’s come out of the whole mess.

I heard many bad tales about the care at Cartret General Hospital when I moved here in 1985.  Well, 3 yrs ago I typed a memo and it’s on my front storm door that clearly reads: “UNDER NO CIRCUMSTANCES AM I TO BE TAKEN TO CARTERET GENERAL HOSPITAL”.

Well, with the remodeling, they’ve changed the name to “CARTERET HEALTHCARE” and run ads on TV on a regular basis.  Being the only hospital in the entire county, why would they need to waste money on TV ADS???  Maybe others have seen the same issues I have, and they need more business to help pay for the Monstrous Remodeling.