The Golden Goose of Liberal Politics 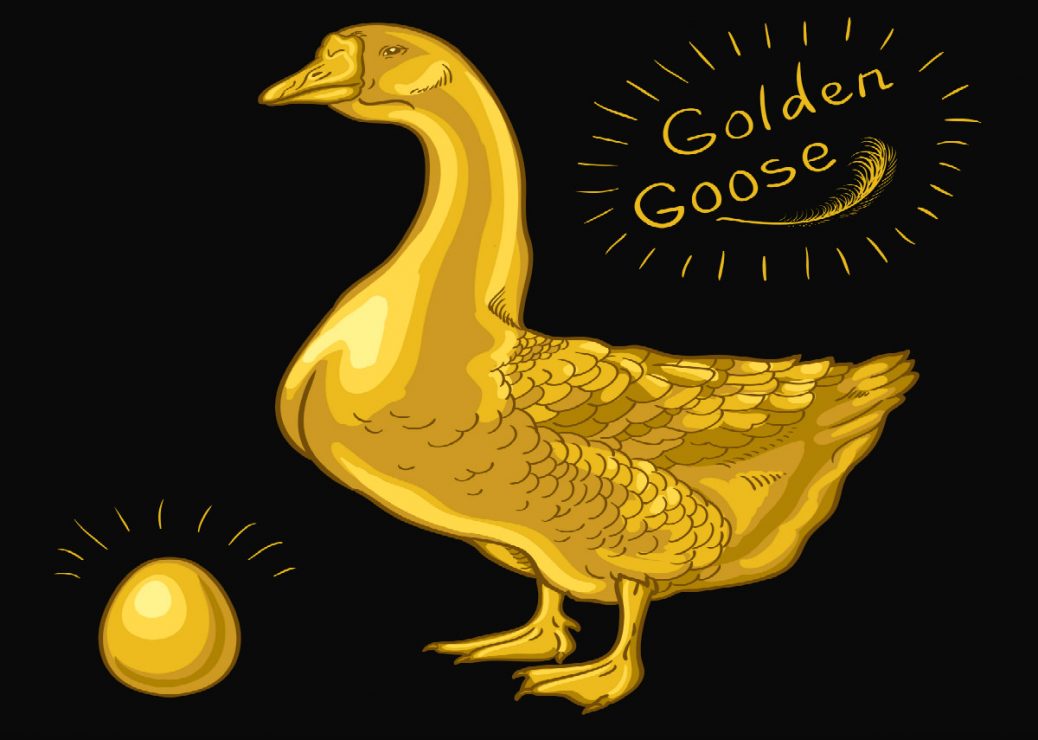 I have followed the bouncing ball for the last eight years and many more before as our nation has been unraveled piece by piece. It’s the past eight years that have been the worst. The great uniter has served his cause well. Divide and conquer is nothing new, a proven strategy to win by reducing one’s enemies into smaller units. In our case, pitting them against one another is even better. Pandering to special interest groups and providing for exceptions for many, makes for the incredible unrest in our society. The special status bestowed upon them makes them allies and pits them against some other group. Their votes will be duly counted. Identify another group, point out how they have been treated by some other group and single them out. The oppressed for some special treatment and the oppressors for a stern scolding. It matters not if the “unfairness” is real or not, simply restating it often enough will make it so.

Yes, I know, I’m rehashing a familiar Marxist method. It’s been mentioned often enough and deployed with great skill. It helps to make the real victims of this practice a group / class / race / that is known to be the least to fight back against being slandered. In our situation, it’s white, middle class American citizens who will least resist being portrayed as evil. Propelling it along is a leader with a distinct bias against those same people. His background is replete with ample evidence of his disdain for America and all that went into it’s being. He is not alone. His party stands in complete agreement and moves the issue forward at every chance. No surprise there, his appointees are all of one mind. Pit one group against another and count on the votes of those you side with. Make up indignities where none existed in order to drive the wedge. Even Marx himself knew that revolution would not come to the United States because the workers were not that unhappy. Karl must be so proud that his disciples have found another way. As long as these leftists remain in control we will continue to decline. Foment racism, hatred, inequality to the citizens and import masses of people whose culture is totally incompatible with ours and the results can be seen. Germany and France are folding under the onslaught of immigration and soon we will too. They were already socialist to start with, a new element is all that’s needed to bring them down. In the US, it will be harder.

At my age, I’ve been through a good deal more than most. I grew up in poor circumstances and lived in some shabby parts. Looking back at my childhood, I began to think that maybe I missed something about how bad things were. I don’t recall it being all that awful. From the writings of Thomas Sowell and Walter Williams, they confirm my memories. Here, in the northeast, blacks didn’t have it all that bad. More of them graduated, there were more complete families, their employment rate was much higher, and on and on. Was there ugliness ? I’m sure there was. It just wasn’t evident where I lived. The civil rights movement brought it all to the foreground. Ugliness became a national pastime. Years passed before that would give way. I thought that at that time, maybe it was all for a good cause. It only took LBJ to exploit it. The hard fought equality became a source of support for leftist efforts to subvert the republic. The seemingly endless entitlements have eroded whatever gains made. The black family has disintegrated, unemployment is rampant and sloth encouraged. Does a proud people have anything left to be proud of ? The plight of the blacks is only one part of the whole. The current administration stirs them to violence and points the finger at the most obvious villain, the white race. The blame is more upon the government who facilitated the demise of an entire race. Another group singled out for special treatment is the sexually confused. Out of the closet and into the limelight. Just another group to be exploited. Rally them and use them. Straight America had been tolerant of them for years and was becoming more so. Now emboldened, they seek to be recognized and lauded. Same too for law breakers from Mexico and other places. Portray them as downtrodden, seeking only a better life and point to the American citizenry as being intolerant.

The list goes on and on. In short, anything but white, Christian is better. No, this is not equality, but it never was intended to be. It’s just how it’s done. White America is the least to rebel against accusations. This process is carried out in other countries where the predominant race is something other. It works there too. Gain the support of smaller groups and use them to further a cause contrary to established order. Repeat as necessary. I will not live long enough to see how all this works out. However, I can hazard a guess. I don’t need to read anymore editorials about this anymore. I’ve seen enough, I’m convinced. Every night I sit and read yet another piece about the breakdown of society and the how, what, when, and why. What I don’t see is anybody looking far enough ahead to a conclusion. One needs only to look at Cuba or North Korea to see where all this gets us. Once complete control is achieved, the useful idiots are no longer needed. Oh, it’s true they might still have elections, but it’s all a facade. Fidel was reelected many times, getting 99%+ of the vote. The truth of the matter is the factions that support the cause are of no value after totalitarian rule comes into being. The blacks and the sexually confused are thrown under the bus along with the illegal immigrants. Again, the hard fought comes to naught. Equality has been achieved. All are now oppressed. Seeking favor will come at a price. Can’t afford it ? Move to the back of the bus, or rather, under it. Illegal immigration will stop. Border protection will remind us of East German methods once the cost of these people weighs in on the ruling class. It would stop anyway once the economy crashes as it must under totalitarian rule. Why migrate to a country worse than your own ? Yes, I paint a grim picture but it can’t be any other way. It’s failed everywhere it’s tried. I consider myself a fairly well read person, taking the time to consider all sides of an issue. There are occasions that I can see how a liberal arrives at a cause. However, I cannot, for the life of me, grasp how being the leader of a failed nation is a desirable situation. Far better to be the leader of a wildly successful one. The leader of a failed state has little power on the global stage. Perhaps it’s the global stage that really matters. What is the reward for delivering a whole nation to the globalists ? It must be a good one since there is so much to be had by simply letting America be itself and sorting things out on it’s own. Force has it’s place, like in subduing a hostile invader. But forcing change by any means is a recipe for failure.

We have a proven track record of survival and evolving that is the envy of the world. For the most part, we have been on a leftward trajectory for over a century. That’s bad by itself but now the Marxists have grown impatient. Change has not been fast enough nor left enough. Force must be applied. I can only hope that they have gone too far and the people will awake and turn them out. The compliant media, in collusion with and covering for, makes the truth not only hard to see, but adds a certain confusion to all. Most of us know who the author of confusion is. This election is the most important in my time. I know, everybody says that. I do see it that way. Reagan didn’t face a far leftist in Carter, the choice was between somewhat left or going right. Reagan did us proud. Elections since have been more a choice of middle of the road or going more left. Obama took us to a place we haven’t ever been before and Hillary will turn harder left still. Obama the ideologue has exploited the powers of his office and found them to be unchecked. The man didn’t know just how profound he was when he made use of the word unprecedented. His abuses have been the definition of the word. Hillary is plain, flat, evil. She understands the power of the office and will show no hesitation in applying it to compliance and the suppression of those who would dare to oppose her. She must have a autographed picture of Evita Peron somewhere.

Donald Trump will take us somewhere to the right. How far we do not know. If I have to follow somebody, it’ll be him. One thing is for sure, he doesn’t hate America and it’s people. Obama clearly does. Hillary has contempt for all. The lavish living of the office has diverted Obama from some of his lofty ideals. A hedonist can’t always be an ideologue. Hillary is simply obsessed with power. The two are different but not very much for the citizens of this country. The end result will be the same.