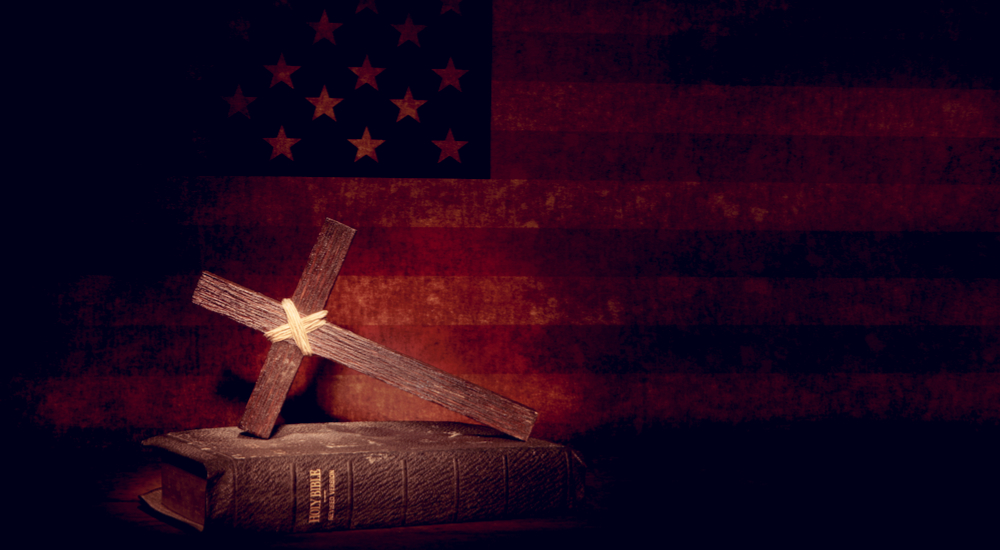 Some have said that America is just another nation with laws and civil government just like any other nation.  I do not believe that to be the truth.

We hear almost daily anymore that this is not a Christian nation.  Our present president has even made that statement on several occasions even though ALL evidence contradicts that statement.  Can you imagine that someone who actually sits in the office of the presidency of the United States is so ignorant of the history of this nation that he would make a statement like that?

In previous columns, we learned about why the majority of the people that came to this country in the 1600 and early 1700s was to escape religious persecution and have the ability to worship God the way they felt they should instead of how the government told them to.  The Mayflower Compact, the first legal document drawn up for political reasons in America, is a document that calls for the spreading of the Gospel of Jesus Christ to the inhabitants of the land.

Two hundred and thirty-nine years ago this July 4th, a committee of five patriots, headed by a young farmer from Virginia, presented the final draft of the Declaration of Independence to 55 of his colleagues in the Second Continental Congress.  After making relatively few changes to Thomas Jefferson’s work and then, pledging “to each other our lives, our fortunes, and our sacred honor,” all 56 members signed their names to this Declaration of Independence.  In so doing, they created something that was then unique on the planet earth: a country based on the concepts of individual liberty, religious freedom, private property, and democratic government.  Since then, the people of this nation have taken great risks to offer others the hope of that same freedom.

An article in the L.A. Times a few years back stated that all of the Founding Fathers were either deists or atheists and that religion played no role in the founding of this great nation.  That is nothing more than a lie!  52 of the 56 signers of America’s Declaration of Independence were orthodox, deeply committed Christians. The other four all believed in the Bible as the divine truth, they all believed in the God of Scripture, and in His personal intervention in the affairs of man.

One of the most vocal members of the Founding Fathers was Patrick Henry.  Most school books have eliminated his ‘Give me liberty or give me death’ speech because it may cause a student to be patriotic and patriotism isn’t good for the humanistic/one world government agenda that our public schools now teach, but that wasn’t all he said.  He stated his Christianity in many of the things that he said, as did virtually all of the Founding Fathers.  His full ‘Give me liberty or give me death’ speak proves this:  “An appeal to arms and the God of hosts is all that is left us. But we shall not fight our battle alone. There is a just God that presides over the destinies of nations. The battle sir, is not to the strong alone. Is life so dear or peace so sweet as to be purchased at the price of chains and slavery? Forbid it, almighty God. I know not what course others may take, but as for me, give me liberty, or give me death.”  It has been said that he was the author of the following statement, but it has yet to be verified.  I include it as it truly expresses the sentiment of not just Patrick Henry but virtually all of the Founders: “It cannot be emphasized too strongly or too often that this great Nation was founded not by religionists, but by Christians; not on religions, but on the Gospel of Jesus Christ. For that reason alone, people of other faiths have been afforded freedom of worship here.”  James Madison agreed with this when he stated: “We have staked the whole future of American civilization, not upon the power of government, far from it.  We have staked the future of all of our political institutions upon the capacity of mankind for Self-government, upon the capacity of each and all of us to govern ourselves, to control ourselves, to sustain ourselves according to The Ten Commandments of God.”

These are NOT a statement that atheists would make or even deists.  Those are the words of born-again Christians. God had a plan for this nation in its founding and it was to be the source for spreading the gospel throughout the world.  We, as a nation, have drifted far from our roots and many have declared that God will judge America.  A prophet from India was in deep prayer when Jesus came to him.  He asked when he was going to judge America.  Jesus answered “I’m not.  I have a covenant with them that was made on the Mayflower, and I remember that covenant.”  Part of that covenant reads: “Having undertaken for the Glory of God, and Advancement of the Christian Faith, and the Honour of our King and Country, a voyage to plant the first colony in the northern parts of Virginia; do by these presents, solemnly and mutually in the Presence of God and one of another, covenant and combine ourselves together into a civil Body Politick, for our better Ordering and Preservation, and Furtherance of the Ends aforesaid;”  That covenant was established to further the kingdom of God and that covenant has saved this nation many times and it will continue to preserve this nation until the church is taken out. This July we will celebrate the 243rd birthday of the United States.  Celebrate means to perform (a sacrament or solemn ceremony) publicly and with appropriate rites.  It also means to honor (as a holiday) especially by solemn ceremonies or by refraining from ordinary business: to mark (as an anniversary) by festivities or other deviation from routine. For most of us, we will take a day or two off of work and have a barbeque with family and friends and watch a few fireworks displays.  This is all good, but we must also take the time to remember the reasons for which this nation was founded.  If we do not take the time to remember, our children will not know the importance of the faith of our Fathers and how their faith established the greatest nation this world has ever or will ever see.  The religious persecution in Europe had reached a point where people could no longer endure it.  There was the promise of a new country where a person could worship God in the manner described in the Bible so the people gave up everything to come here.  The results of their efforts were the founding of a nation where God was at the forefront of every part of their lives, public, private and even the basis of the civil and federal government.  We do not have the time in one or even 10 Sundays to examine all of the details that culminated in the Nation of America, but at the same time, it would be a tragic injustice to not affirm and admit that our Founding Fathers were under the special and constant guidance of an overruling Providence.  The Bible, as the divine charter of their political rights, as well as their hopes of immortality, they reverently studied it, and on it laid the cornerstone of all their compacts and institutions.