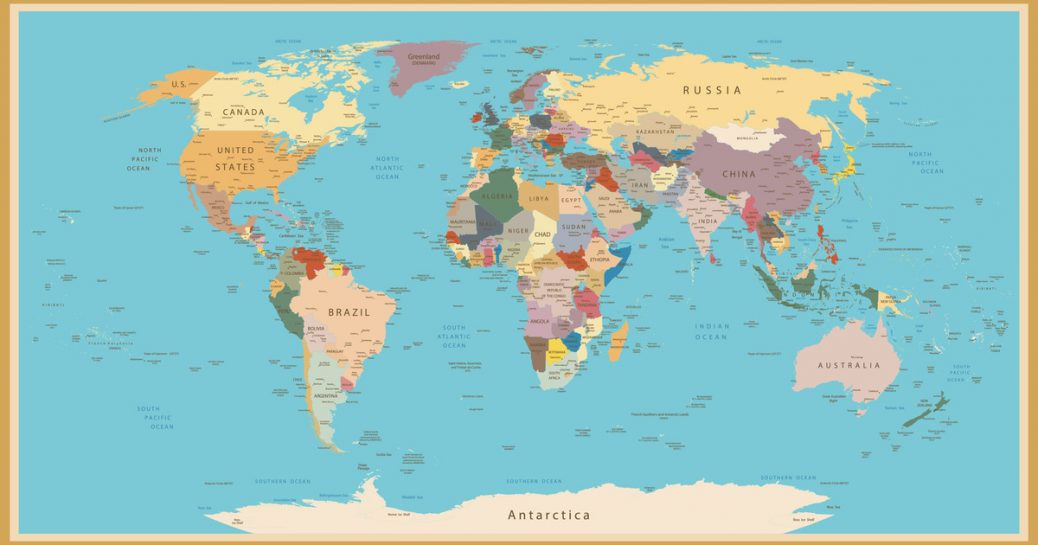 Acts 17:26 says “And [God] hath made of one blood all nations of men for to dwell on all the face of the earth, and hath determined the times before appointed, and the bounds of their habitation;”

“Hath made” means mankind was created, not evolved. “Of one blood all nations…” This means we are all humans, and the evolutionary belief that some “races” are sub-human is wrong; and that it was God’s intent that there be different nations.

“to dwell on the face of the earth” refers to God’s command in Genesis that mankind should “be fruitful and multiply and replenish the earth.” God is pro-life.

“…hath determined the times before appointed and the bounds of their habitation.” Historians have noted that empires seem to have about a 200 year life cycle.  Boundaries have fluctuated back and forth over the millennia, and empires have come and gone, but certain “nations” – i.e. ethnicities, seem to remain intact and in generally the same place.

Even “the Americas” doesn’t violate this principle since there are no truly native Americans; they all migrated, and that certain “nations” and “bounds of habitation” have clearly been established. The morality of how that happened is a different discussion.

This “principle of nationality” is probably why wars of conquest almost always fail in the long run, and mega-empires always break apart.

Does this mean we should ban all immigration? Of course not.  Those who claim that is the argument are using hyperbole and defective reasoning.  The point here is that there is absolutely no legitimate argument for the so-called “open borders” ideology.

“Open Borders” is just another attempt to amalgamate all of humanity under a one-world government. It’s the Tower of Babel all over again.

I don’t expect unbelievers to give much credence to the Biblical aspects of this viewpoint, but after 5,000 years of trying, humans have not been able to create a one-world government, so there must be some principle at work preventing it.

My incredulity is with those who claim “Open Borders” is consistent with the Judeo-Christian tradition. It should be distressing to anyone who reverences the Pope to see him embracing Islam and calling for “coexistence” between two opposite belief systems. They can’t both be right.  Either one is right and the other wrong, or they are both wrong.

It should be equally disturbing that European leaders want to allow millions of military-aged Muslims to flood into Europe while they deny the terror, rape and murder that has resulted from their misguided policies. This probably explains the proliferation of conspiracy theories which claim the ruling class are purposely creating chaos to justify totalitarian rule

The “open borders” people seem to think they are the loving, caring and tolerant ones, and that the opposition are nothing but haters and bigots, but that’s just hyperbolic speciousness. Both human and Biblical history clearly prove that borders and nations were intended as a protection for people and to promote prosperity and peace.  Clearly God is pro-borders.