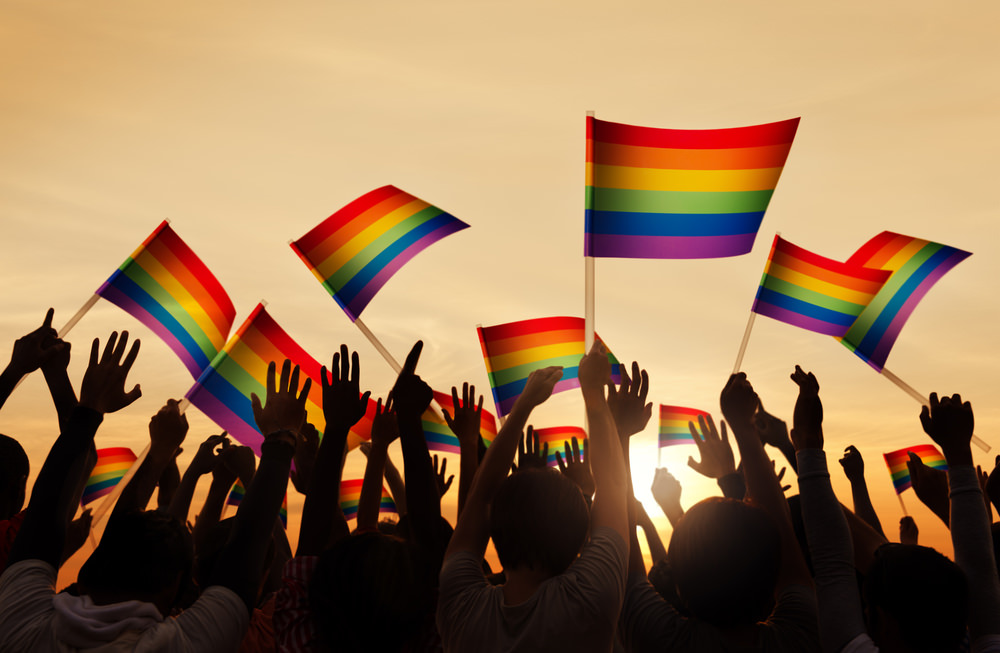 The power homosexuals (male and female) have over the world is amazingly stupefying. Officially, they are just 2% of the whole population, yet their laws, policies and demands rule the rest of us. (In reality, this figure is about 100% inaccurate, because those called ‘homosexuals’ – in all absurd sub-branches – are less than 1%, when adjustments are made for those who leave this notorious dark end of humanity. (Homosexuals never admit people leave their abnormal sexuality, because it proves that homosexuality is a choice).

Not only is this less-than-1% ruling us all, but they harbor some of the most vile diseases known to man, from AIDS and HIV to exotic cancers caused by immoral and stupid use of the body.

67% of all new HIV cases are in homosexual men, and over 55% of cases in the USA alone are amongst the same carriers. (CDC report, August 2016). Figures globally are more. Yet, governments legislate for them and ‘protect’ their status: to protect a cause of disease in incredibly moronic. In 2005 I compiled a long report on this phenomenon, and predicted the figures would rise continuously. (Anyone interested can have a copy sent by email). And so they have. It is ordinary taxpayers who foot the bill for the treatment of these self-inflicted diseases, horrendous physical injuries caused by gross sexual activities, and awful social problems caused by something that is both abnormal and immoral.

Any genuine doctor who is unafraid of being intimidated by rampant PC views will openly say that the homosexual lifestyle is more dangerous than heterosexuality (because heterosexuality is normal). This is based not on disgust with homosexuality, but with the medical facts. It should also be said that most homosexuals do not care about getting or giving foul diseases, and most never use a condom. They bear their diseases like a badge of honour (called ‘the gift’) and some even try to get HIV during group sex sessions. This is just one indication of the mental imbalance of homosexuals; an imbalance inherent in the lifestyle.

We often read of the homosexual myth that society causes homosexuals to commit suicide or to have depression. Not so! It is now known that a continual habit of any kind changes the ‘hard wiring’ of the brain. The homosexual habit is more seriously adopted than many other habits, and it causes the brain to change, in order to accept a lifestyle that is a death cult. Much like alcoholism and extreme drug taking. That is, the mental imbalances and depressions etc., are the fault of those who choose a sexual outlet that brings disaster and mayhem. These problems get far worse when we know that most homosexuals want sex with children (because they are initially free of HIV, but quickly get it after being groomed, seduced and abused by homosexuals). This is hotly denied in public, but it is a known fact amongst researchers. Homosexuals are expert liars, and keep their foulest activities under wraps: an idea taught by homosexual activists, to allay anxiety in society.

The CDC says that if current diagnosis rates continue (which they will, just as they have risen since 2005), 1 in 6 bisexual men will get HIV in their lifetime. For black/African men this rises to a staggering 1 in 2; amongst Latino, 1 in 4.

The CDC says that while the overall numbers have dropped, they have risen sharply amongst homosexuals, just as I predicted would happen in my 1985 research paper (suppressed by my college). Conservative society does not cause any of this – it is all down to men and women choosing to live immorally, and, at times, choosing the most extreme and disgusting activities to satisfy sexual lust… there is no ‘love’ amongst homosexuals, as the high violence rates against each other prove.

To eradicate ANY disease, the cause must be found and removed. This happens with EVERY disease ever researched. But, there is an ideological, political and sexual blockage in the minds of governments. They refuse point blank to identify the cause of HIV, homosexuality, so the problem only gets worse year on year. But, what can we expect from leaders who are themselves immoral?

Yes, heterosexuals get HIV, but this is only because bisexuals/homosexuals passed it on to the general population in the first place. And, though homosexual activists scream blue murder, the actual first cause of HIV and AIDS is homosexual behaviour. As a researcher in the 1980s I analysed what was then a new disease (AIDS, then called ‘the gay plague’ by medics) and the data all pointed to only ONE cause – homosexuality: 100% of all cases were in homosexuals. This ONE cause continued for the first few years before it slowly crossed over into the general population, via bisexuality, use of prostitutes who then ‘serviced’ heterosexuals, contaminated blood supplies, homosexual men infecting their wives and girlfriends, and so on.

So, we KNOW the cause. The treatment is easy – no homosexual behaviour! Until this is dealt with – and stigma for being immoral would certainly help – the world will see a huge increase annually in cases of HIV and AIDS, and many will be among our children, groomed, seduced and abused, by homosexuals. Pro-homosexual laws must be repealed, and public information must be given freely, and not suppressed by homosexual activists through government laws and policies. And, children must not be taught that homosexuality is normal or an ‘alternative’.

But, just as governments think Islam is a ‘good thing’ so they refuse to tackle the truth about homosexuality. If you think anything of truth and your children, get the facts and use them to stop this absurd idea that opposing homosexual wickedness is ‘homophobia’! Homosexuality kills and reduces societies to ashes.

I know the reaction to this – I am ‘homophobic’. No, I loathe homosexuality. It kills and it is an immoral stain on society. I also loathe murder. What’s the difference?