Yesterday, I had a spirited “conversation” with a group of Third-Wave Feminists in a public forum, on a public Facebook post.  These women had put up a nasty post/meme that stated all men were violent, but women were not, in regard to the recent tragedy in Las Vegas.  I went on to soberly remind them that in the USA, the biggest group of murderers and bullies are, statistically, women. We murder thousands and thousands of unborn children every year and have committed an American genocide since the inception of Roe V Wade.  This truth bomb was received very unhappily, with much cursing, and personal attacks.  I stood my ground, receiving their bombardment of execration and revilement, and ended my post with, “Have a nice day.”

Approximately one hour later, my entire Facebook account was down.  I could not access it across any platforms, whether it was Android, Windows, or Mac.  My entire feed also disappeared going back to 2010.  My business pages were also deleted/inaccessible/and/or compromised.  I was more irritated than horrified, because, honestly, this has happened to me repeatedly — as a Conservative commentator and patriot. In Facebook’s defense, yesterday’s issue was widely reported to be some sort of “glitch” that affected millions globally, but my first thought was, “Here we go again” — because Facebook openly censors, without shame or apology, anyone who does not share their Globalist Dystopian viewpoint. I have joked with my friends that when I “disappear” it is because Facebook moderators have declared my nugget of truth to be “offensive”.  No cursing, no personal attacks, no threats — they just don’t like the truth being disseminated.  If you really make a particularly “harsh” point, such as with the “conversation” with the Feminists, then expect a swift retribution from the Facebook monitors.  In worse case scenarios, “repeat” offenders are permanently banned from the media — and forced to come back in under new accounts.

Apparently, no one is immune from their “conquer the Globe” agenda either.  Today, Rose McGowan, actress, and former concubine of Hollywood came forward to state that her Twitter account was frozen because she exposed Harvey Weinstein for being a disgusting pervert and sexual predator.  Harvey Weinstein — Hollywood mogul and rabid Leftist political donor with links to all major Leftist players. Twitter deemed her post as “offensive” and “inflammatory” and froze her account.  Shocking? Not really.  I personally know of many patriots, at a grassroots level, who are constantly locked out of their social media accounts for “violating rules of the community” and to be concise, this is no longer a “community”. It is a power struggle for the very core of our country — the right to open discourse in the marketplace of ideas — and choose our destiny as free people.

When our government is routinely using social media as a major form of communication, it is time for these social media giants, including Google, Yahoo, and other search engines, to fall under the realm of First Amendment protections.  I cannot believe that this conversation has not seriously been introduced into our legislation, when, we have a President who is a vanguard of media, and routinely relies upon Twitter to get his message to the people.  Twitter yesterday released a little blurb about not freezing our President’s accounts “just yet” even though he has “violated their policies” with some of his more “offensive” (truthful) tweets.  Just yet? That is incredible to me, as a citizen, that a publicly traded corporation would now be in a position of power over our entire government, to — at will — dictate what speech they deem “appropriate” — especially since they openly, and as a matter of public record through their numerous statements and history of campaign donations and contributions to various organizations — are part of a movement to overthrow a legally elected President.

Our President and his cabinet have been doing a fantastic job navigating the filth that is the DC landscape, with its accouterment of traitor supporters in Hollywood, the MSM, the NGOs of the Deep State, and of course, the blind ox of the Sports Entertainment complex.  Yet, with all his headway through the shrapnel they have thrown in his direction, I still do not hear a peep about addressing the gross abuse of powers and suppression of free speech by the very media he is relying on to keep his unfiltered messages getting through to the public.

We could have the conversation all day about users patronizing the very few startups out there that are trying to rival the media giants (and are being blocked access on many levels by the tech giants as well), but this conversation really needs to be addressed at a legislative level, with antitrust laws.  This issue is huge, and not one that will go away in the near future.  Maybe something will get done if the self-proclaimed demigods of Twitter actually freeze the Commander in Chief’s account.  Or, maybe not.  Congress seems incapable of doing anything for the American people, and this would require some actual honesty from the swamp dwellers that are our current elected officials. 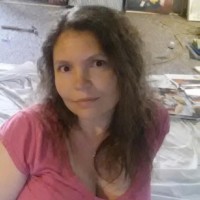