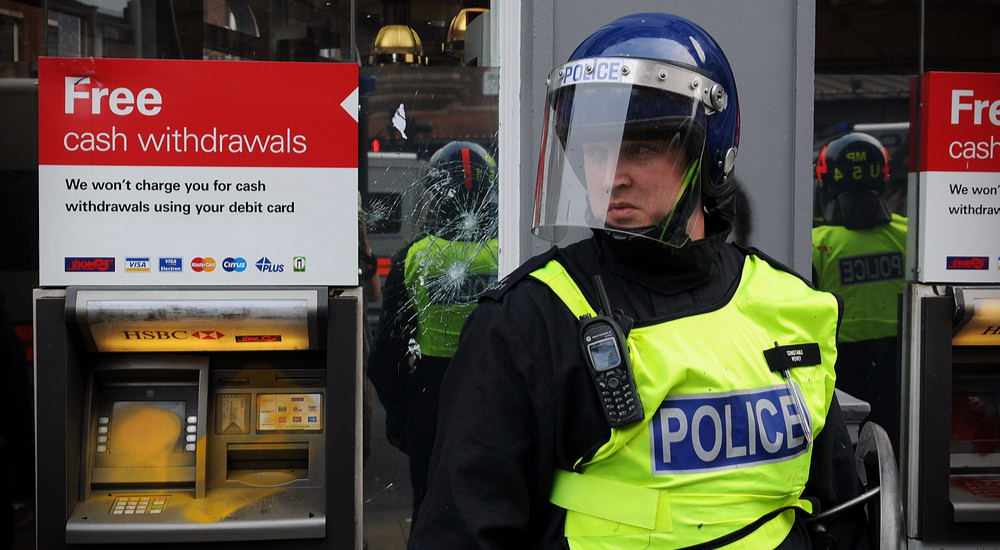 Are pre-positioned, anti-Constitutional, foreign forces currently inside our borders?

Elected Democratic sheriffs with allegiances to the New World Order may sympathize with any of these. Should this prove the case, local citizenry must be prepared to quickly impeach such sheriffs and immediately replace with a Constitution-defending sheriff.

In the event a Constitution-defending sheriff is superimposed, be aware he then also becomes a target of the NWO’s “black ops” division operating microwave direct-energy weapons from vans and trucks aiming at Constitution-defending sheriffs and police officers, as well as retired and active technical and ex-government people. Such vans may be any color but the ones confirmed are black or white.

These are included in Bill Clinton’s 150,000 foreign-hired Cops on the Street UN police gang. Your tax dollars pay for this! The Sovereignty-destroying swamp Donald Trump will drain is very large indeed! (If you discover one of these vans, get a trusted local sheriff there immediately! To disable such a dangerous anti-Constitutional vehicle, hitting tires or engine is a better idea than to neutralize the steering…)

As president, on March 12, 1997, Bill Clinton was asked by controlled media, “Are UN cops now policing America?” His response: “We have some multi-national commitments. Next question…” Yes, the UN forces including UN police forces have been pre-positioned in America for some time.

With the distinct possibility of a UN “secret police” cell operating in or near your locality, under the guise of a federal agency, it goes without saying We the People are now to exercise heightened caution. These foreigners have access to Red/Blue lists – kept at Peter’s Mountain FEMA base – and Constitution-defending Americans on the Red list can be picked up at any time, whether or not there is a power failure. (From the time your home phone goes out, you have 15 minutes to get out of there!)

SPECIAL NOTE: Strange phone-call “hang ups” can be a prelude to a soon-coming visit by the UN Regional Police working the Red list. A retired BI agent reveals the hang-ups can be computers “trapping” (tapping your on-hook and listening-live handset) phone line. Disconnecting the phone for 10 seconds will negate the “trap.”

“Red list” people – usually gun owners – will be picked up by foreign “ISF” forces in clandestine UN vehicles prior to Martial Law. Again, the agenda is to pick up Red list We the People prior to Martial Law. Under Executive Order, UN land and private-property grabbing is to follow… Roundups of American citizens will be done prior to and during Martial Law, to include Clinton’s Continuity of Govt plan, by regional directors of the ten FEMA regions.  (The use of “regional” is almost always used in a Communist sense.  Communism, as in Soros and Hillary and Obama.)

The UN isn’t about peace but about war and chaos! The UN “peace-keeping” forces are soon to be released upon America! In addition to multi-national UN soldiers already here, UN police – allowed in through Clinton’s 150,000 foreign-hired Cops on the Street UN police gang – are already here including from Latvia, Lithuania and Estonia!

And remember! If Hillary is “elected,” she wants to make Bill the Secretary General of the UN! And with Bill as her proxy, the Satanic and occultic Hillary can then rule the world…