George Washington Walks into a Bar 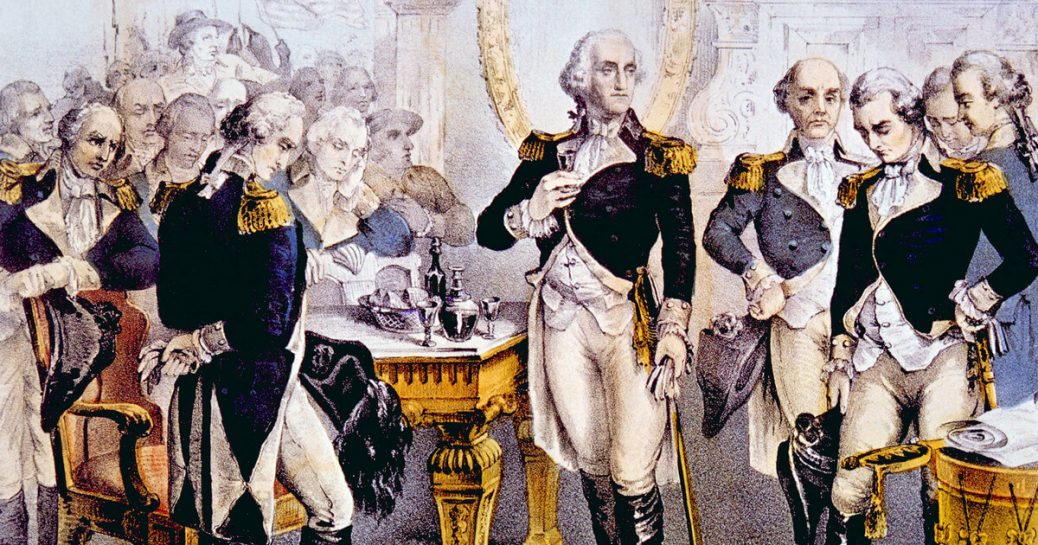 AFTER A HARD DAY’S WRITING, I stopped at the local pub and grub to grab a bite to eat. A March Madness game was on TV. I’d just taken a stool at the bar when the door opened. Everyone in the place, including the bartender, turned to look. You could have heard a feather drop. I glanced at the bartender. She didn’t speak a word, but the look on her face said “What the – !” I knew immediately but just played dumb and said that maybe he’s going to a costume party for St. Patrick’s Day,” and she says:

I left it at that, but a chill went down my back. The furnace kicked on. The flatscreen went snowy for a moment like an old black and white. The guy was quite tall and had the posture of an officer and a cattleman. It wasn’t just his clothes. I’ve seen that face before – on Mt. Rushmore, several times. There was only one face like that. They broke the mold. But he seemed younger than I remember.

To my amazement, the stranger sat down beside me, to my left, and said “Howdy.” Here I am, to the right of George Washington, but I just acted nonchalant and said:

“Howdy! Are you from around here?”

“What do mean?” I asked, and the conversation went something like this, as I recall it:

“WELL, I’ve been out of the country for a few years, and I thought I’d take a little trip to the Northwest Territory to survey some of the country I never got to see.”

So you’ve never seen the Upper Peninsula of Michigan before, eh? Have you seen our big bridge yet?”

“YES! Rode across it the other day; almost didn’t make it across the channel. These great big horseless wagons with foghorns kept spooking my horse.”

I know the feeling. So what do you think of this part of the North Woods?

“WELL, it’s sure a long way between the inns and pubs on highway 2, and those little hotels seem to have all gone out of business. I had to stay a couple of nights at Indian casinos. A lady in white gave me a coin and told me to put it in a machine, and out came enough money for my supper and lodging. I don’t know how that all worked, but the Indians always said I was lucky.

I know. Another miracle, eh? Anyway, other than that, how’s your trip going?

“WELL, I worry about the mood of the people. They seem to be a bit surly. And who was this guy called Brock?”

Oh, you mean Barack Hussein Obama. He was the President for a few years.

“Oh really. Was he a federalist or a republican like Tom Jefferson?” 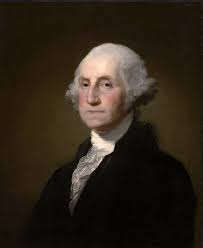 The guy on the other side of George almost choked on his green beer. The bartender came over and said, “Now Curt – you know our policy on talking politics in here.” So I said:

“Oh sorry, but can’t we make an exception today? Get us a couple of Two-Hearted Ales on me. This is George – ” She interrupted me and says: “Do you have any I.D., sir?”

“About whut?” I said. I laughed and told George that’s an old redneck joke.

Tell you later, I told him, as I handed the bartender my credit card. “I can vouch that George is way over 21.” The conversation continued like this, approximately:

Oh that! That’s one of our Yankee innovations that’s sort of a mixed blessing. Times have changed.

“That’s what I keep hearing, so what else is new?”

“Those cotton-picking cannon have finally gotten to my ears, I guess; I thought you said ‘same-sex marriage’!”

“I did! You got something against gay marriage?” I said with a wink and a nod. By the look on his face he seemed confused.

“What do you mean? Martha and I had a fairly gay marriage. She was gayer than I was though. Some people thought I was too religious.”

“Well, you had to be – given the odds of winning the Revolution – but I’m talking homosexual weddings here. Literal weddings.”

“Really? Who would officiate at such a ceremony?”

“Some of them even happen in church, and if the pastor won’t do one, he might be jailed or fined for discrimination!” George just stared at his ale and then took a sip. Then he turns to me and says:

“You wouldn’t lie to me would you?”

“Those snakes! Haven’t they ever heard of Freedom of Religion? The rights of conscience should trump secular rules. And besides that, in my day – when I was young I mean – that’s not what the word “discriminating” meant!”

“I know. Words change, and a lot of them are being changed on purpose – with a Plan in mind.” The couple around the corner of the bar waited nervously for George’s response. He lowered his voice and asks:

“What else is new? And don’t tell me that ordinary people have to help pay for all this stuff.”

“I hate to tell you, but we have a national debt of 20 trillion dollars, about 100 trillion in unfunded liabilities, over 90 million people not working, and a terrible trade imbalance.

The bartender came back with our Two-Hearted Ales, so I tried to change the subject: “Say George, what did the termite say when he walked into the bar?”

“Is the bar tender here?” he said with a smile, and then a big belly laugh. “That’s an old one.”

He lowered his voice and asked me about more issues-of-the-day. When I mentioned the border with Mexico and that we don’t know how many illegal aliens are coming across every day, he almost bellowed it out:

“WHAT? Don’t tell me Spain is invading!”

“That’s your final warning, Curt,” said the bartender as she wiped off the bar around the corner where the couple had just left.

“Sorry,” I said. “But come on. It’s St. Patty’s Day.” I suggested that we could move to a booth in the corner if she’d get us a couple more ales.

As we sat down next to the corner window, George looked me right in the eye and says:

“Man, did I make a wrong turn and end up in French Canada?”

“That’s another story,” I said. “But Americans are slowly but surely losing the freedom to speak what’s in our hearts. Freedom of thought on the college campus is now verboten.”

Then George just stared out the window as we watched a mid-March snowfall begin to blow.

“I have a barn you can put your horse in tonight,” I offered. “Or what were you thinking?” Without taking his eyes off the flying snow, he smiled a half-way smile and says:

“This reminds me of Valley Forge and the words of Tom Paine that we read to our ragged troops as we were about to cross the Delaware River on Christmas Eve.”

“And that was all about Liberty, right?” I said. He just nodded. I said, “Do you want to see my river? It’s right on the state line too. I moved up here to get away from Wisconsin’s property taxes.” He says:

“WHAT?” He looked over his shoulder and then says:

“The next thing you’ll be telling me is that you have to pay taxes on yourincome too!”

George put his hands to his head and said, “I’m not sure I want to be the Father of this Country anymore.”

The couple in the next booth got up, left a tip, and quickly left. The bartender handed me the bill for the last two ales, and told us we had better leave too.

“That’s okay,” I said. “I think I left my engine running. By the way, Mr. President, what’s the name of your horse?” and he says:

I fell out of bed and woke up.

P.S. May we ALL wake up before it’s too late.