General McChrystal and POTUS Trump regarding dishonesty and immorality 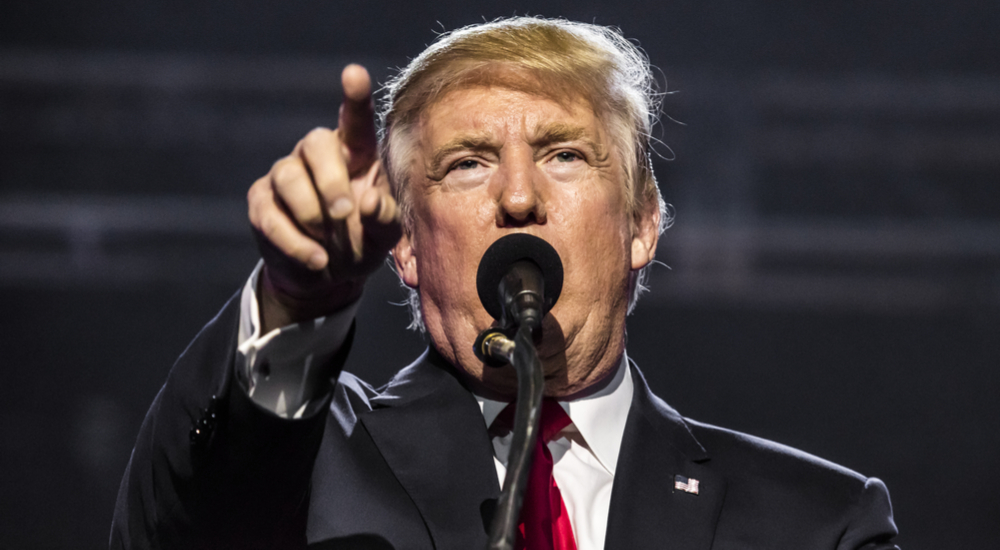 We took the quotes below (in blue) from an MSN post, which may be seen here.

The title of the article is: “Trump attacks retired Gen. Stanley McChrystal for questioning president’s honesty,”  and the following – in blue – are from the article.

The commander-in-chief mocked McChrystal’s military credentials and derided him as a “dog,” a term the president frequently uses to criticize opponents.

McChrystal recently said that he could not work for an “immoral” person like Trump.

The former top commander of U.S. and international forces in Afghanistan was asked if he would accept a job in the Trump administration during an interview on ABC’s “This Week” that aired Sunday.

“I’d say no,” he replied. “It’s important for me to work for people I think are basically honest, who tell the truth as best they know it.”

It is our observation (admittedly influenced by anecdotal experience, but largely as an induction from the weltanschauung dominant in the University; where culture is framed…) – to our frustration – that most people’s (especially the well-educated social-political Leftists) understanding of truth, honesty and morality are merely articulations of their feelings/sentiments; their innate reasoning abilities are encumbered with a form of self-satisfied unconscious egoism; such encumbrances leaves their respective judgments sentimental and lacking a sense of justice or charity. Consequentially, such people judge people and their acts, good/moral/kind (or whatever superlative is emotionally generated) if they are flattered by the individual actor (and/or acts), as they judge severely those which abrade their sensibilities…

Now this is not a defense of POTUS Trump; moral scrutiny of POTUS Trump historical conduct would allow plenty of daylight to be admitted between his life-choices and the choices of the garden-variety saint, but the same thing may be said of most people, if their lives were contrasted with a saint, or with the obligations which attend the moral law. So we acknowledge that POTUS Trump – from knowledge garnered from the public record – isn’t a paragon of virtue, but McChrystal argues POTUS Trump is immoral and dishonest…

Now note that it generally requires much more intestinal fortitude to denounce an individual that has ubiquitously been promoted, and made popular, by the Press selectively reporting upon their actions – as the Press regularly did with POTUS Clinton and POTUS Obama – than it does to denounce an individual which the Press has maligned and vilified at every opportunity, as the Press did with every Republican occupant of the oval-office from Reagan on, but most especially regarding George W. Bush, and now the Press’s even more egregious incessant maligning of POTUS Trump; to criticize Trump is to open oneself to lionization by the mainstream Press, most pundits, Hollywood, and the misinformed public… So McChrystal’s criticism of Trump may open him to more interviews, and help him sell books, and provide him opportunities to be made publicly relevant…

McChrystal served in the US Military from 1976-2010 (according to Wikipedia), which means he served all presidents from Carter to Obama… The question is, is POTUS Trump less virtuous than any/all of those which McChrystal served…? Well, from what is known – publicly – about former presidents Carter, Reagan, George H. W. Bush, George W. Bush one can make an argument that POTUS Trump’s moral conduct seems to clearly fall outside the parameters within which each of these former POTUS’s conducted their affairs, but what of William Jefferson Clinton, and Barack H. Obama? It seems a safe bet that – if Clinton was not a social-political Leftist Democrat – he would not only been impeached but actually faced a trial in the Senate; a trial in which he would likely have been found guilty of a host of crimes beyond his impeachable offense, viz: “lying to a grand jury, under oath.” Clinton – had he faced trial – would likely have been convicted – in the court of public opinion, if not in the impeachment trial, as a serial-rapist… The pertinent information was likely available to General McChrystal if he had an inclination to make himself privy to that information… Additionally, Clinton was the father of DNX (dilation and extraction) a.k.a. partial-birth abortion ([the act of murdering babies as they are delivering, by piercing the babies skull with a vacuum tube – while the babies head is still in the birth canal – and then suctioning the babies brain, before the skull is crushed, and the baby is then delivered and chopped up for parts… Late-term babies organs are more viable than those of babies murdered in the 1st and second trimesters…]); so Bill Clinton was an advocate infanticide – this was an opinion expressed by former New York Democratic Senator Daniel Patrick Moynihan; the significance is that Moynihan was not only a Democrat, and pro-abortion, but thought (as a sociologist) – by the Press – to be REASON itself when he spoke… Moynihan coined the phrase “defining deviancy down” which he uttered in response to Clinton’s abortion advocacy. And as President Clinton further assailed the inalienable Right-to-Life General McChrystal continued his service to the United States Constitution which he took an oath to ‘defend against all enemies foreign and domestic.’ Clearly, advocating the murder of infants and raping women far surpasses POTUS Trump’s moral coarseness; moreover, we didn’t mention the politicization of the Clinton’s Justice Department (Clinton provided Obama a template as to how to politicize the Federal bureaucracies tasked with ensuring equal-Justice, law-and-order, and National Security; over 900 FBI files of Republican/conservatives were stolen; of course Clinton and his Administration didn’t have anything to do with that, and they didn’t acquire any leverage with those investigating Clinton for selling information to the Chinese via Charlie Trie, John Huang, Jonny Chung, James Riady at al.). In any case, McChrystal didn’t seem to think Clinton was either a liar or immoral, at least not to the extent that he cared to imperil his career in the U.S. Military. McChrystal was promoted to Brigadier General by POTUS Clinton on January 1, 2001, as Clinton was preparing to leave office, it is strange that McChrystal didn’t take that opportunity to take umbrage with POTUS Clinton’s moral mien?

And then General Stanley McChrystal continued to serve through G.W. Bush and then Barack Hussein Obama. Obama who repeatedly lied to the American people regarding the unaffordable ACA (i.e., Obama-care, we think it ought to have been dubbed the SSSA i.e., Social-Security Solvency Act, if it had been allowed to be fully implemented, and had Administrators and a Democratic Congress, it would have reduced the burden on Social-Security by ensuring senior citizens die relatively young i.e., either before they actually draw social -security, or shortly thereafter; hence, the SSSA), but those lies didn’t seem to bother McChrystal…? Neither did McChrystal seem to be bothered by Obama’s foreign and domestic policies which promoted abortion (immoral – it is the murder of infants), sodomy* and the advance of Sharia-supremacism domestically and internationally.

* Sexual-perversity cannot be reconciled with the natural law (This is “Laws of Nature” Jefferson referenced in the Declaration of Independence and those are predicated upon “Nature’s God”; Jefferson was arguing for a rational God, which – viewed dispassionately, and removed from the clutter of sentimental semi-intelligent accretions thinkers heaped upon God – post Saint Thomas Aquinas; we argue Jefferson’s understanding of God would have been amenable to the God which Aquinas worshipped; see this writer’s Instruments of Measure and God for more), which is presupposed by the Constitution of the United States of America; if McChrystal and other general’s and admirals in the U.S. Military were true to their oath’s they could not serve presidents which advocated abortion, or sodomy, because they would be understood as enemies of U.S. Constitution…  Sidebar fix: If we could propose an amendment to the U.S. Constitution: should military officers – given an order they think unlawful i.e., un-Constitutional order should be reviewed by the SCOTUS rather than UCMJ in a court-martial – if found guilty, they are remanded to court-martial, but if found innocent, if they are refusing to carry out unlawful orders, the worst which they would endure is retirement with full honors and benefits at the next highest pay-grade… This would stiffen the spines of the officer corps which must subordinately interact with the Commander-in-Chief; it would also represent a check upon the misuse of the military personnel by the Commander-in-Chief, and abuse which is generally given much latitude when the violator is a social-political Leftist and Democrat…

Neither was McChrystal concerned with Obama and AG Eric Holder’s coercing border gun-dealers to illegally sell semi-automatic weapons to drug-cartels (operation fast-and-furious); Obama and holder had hoped that drug-cartels would murder more Americans with the weapons, and then the gun-dealers could be blamed – which the American Press would dutifully play their treasonous-role – wherein law-makers could be induced via public opinion, to further restrict 2nd Amendment rights… Obama’s lies regarding Benghazi? Obama’s lies regarding so many other things (e.g., Iran nuclear agreement), which got scant negative News coverage… McChrystal didn’t make any public statement, to our knowledge…? This begs the question what in the hell is General Stanley McChrystal’s understanding of what is moral? We suggest, we captured McChrystal’s understanding of what is “moral” with: “…that most people’s (especially the well-educated social-political Leftists) understanding of truth, honesty and morality are merely articulations of their feelings/sentiments; their innate reasoning abilities are encumbered with a form of self-satisfied unconscious egoism; such encumbrances leaves their respective judgments sentimental and lacking a sense of justice or charity. Consequentially, such people judge people and their acts, good/moral/kind (or whatever superlative is emotionally generated) if they are flattered by the individual actor (and/or acts), as they judge severely those which abrade their sensibilities…” Such people are untrustworthy sentimentalists (note the phrase untrustworthy sentimentalist is rather redundant albeit analytically; to be sentimental is to be ruled by one’s passions, and anyone ruled by their passions can only be trusted to be untrustworthy…), and such seems to be the disposition of one General Stanly McChrystal…