Gender Bias as a Form of Racism 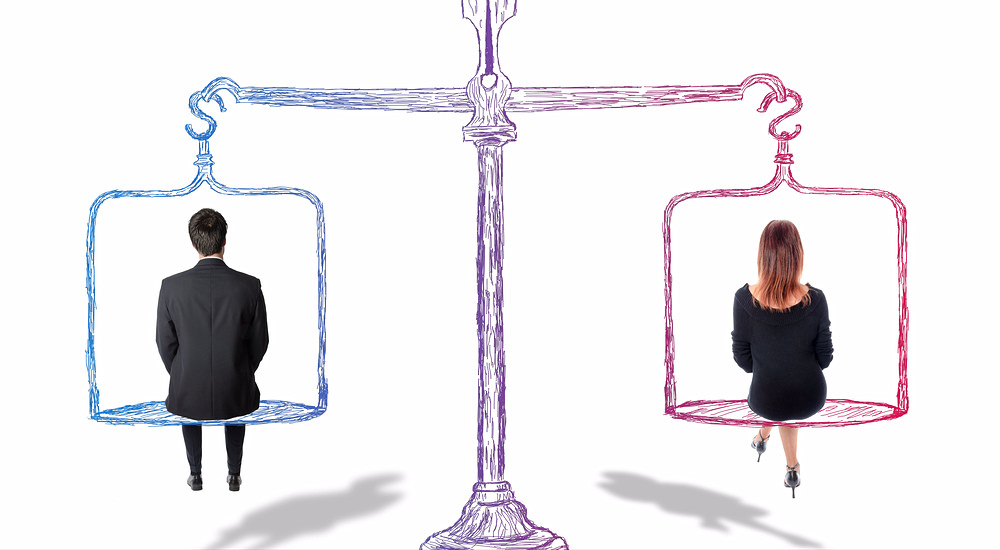 In the current primary campaign there is a group of people that arose from a period of time where their gender was refused the right to vote.  This was identified as a bias and it most certainly was.  Now that same group has a significant number of its membership voting on the basis of their gender.  The question that must be answered is, “How is choosing and voting for a person because of their gender any different than voting or not voting for someone because of their race?”.  Both the attributes of race and gender constitute physiological differences.  Judging a person on either of these characteristics says nothing for their character, their experience, their ideas or their qualifications.  Yet we are hearing the theme of , “I’d just like to see a woman or a black nominee”.  Why?  Does the color of one’s skin or the gender make the person understand the issues that need to be discussed?  Does the color of one’s skin or one’s gender define the character of their person?  The answer to these questions is no and those who are not asking these questions of themselves are making a decision on the basis of obvious racism or gender favoritism.

Every voter who enters a voting booth has the right to vote either out of prejudice or rationality.  They can either defend their vote by logical argument or simply a reference to their past, their unexamined preferences, their wishes, their emotions or their mind.  But as they determine their choice they can evade or examine what kind of a world they are seeking.  If it is a world where preference is granted on the basis of how you were born then your only hope is that your physiology is accepted by whoever is in power.  This kind of a world doesn’t take into account your abilities or your character.  Your appearance is all that matters.  This kind of a world doesn’t happen by chance.  It is the direct result of ideas that are accepted that are false and deadly for the non-chosen.  It is ideas and/or actions that are the great neutralizer when judging another.  If a person acts in a rational manner and exhibits good character that is is important in judging whether or not a person is fit for a job.  If the person’s ideas differ from another’s ,the most rational and consistent should be given the most consideration.  This is why debates and platforms are presented.  Propaganda that advocates physiological differences as a criteria for selection does not lead to rational selection.

The reality that there are many people who vote for candidates based on race and/or gender does not excuse the behavior.  It only demonstrates there are many who think it is okay to judge character via physiological differences. A leader should be willing to denounce this behavior and not seek to run a campaign on the prejudices of ill informed voters.  For those seeking a better world, a color blind gender neutral world, this promotion must be an integral component and a part of the platform they are running on.  If this is dismissed as too idealistic remember the ideal of Socialism is being promoted in the form of socialized medicine and entitlements and this has proven to be a failure wherever it has been tried.  Why not encourage rational voting?

The nonsense of voting for someone because they share some of physical attributes with you is a way of saying the group is more important than the individual.  But everyone is an individual and not every one identifies with a group.  Groupism  or collectivism as it is better known ends up with group warfare especially when it seeks and acquires political power.  We see this in theocracies, socialism ( the proletariat and the bourgeois ) , caste systems, aristocracies, and most all of the civilizations and barbaric cultures since the beginning of the history of man.

There are people within groups that are enemies yet they cling to their group identity.  They yearn to belong rather than to stand up for what they as an individual actually believe.  But many of them don’t realize that simply by identifying with a group they may or may not at any time stand in good graces with their chosen group. Many groups require the group creed over individuality.  The fear of not belonging is an intimidation technique utilized by most groups hence some form of loyalty oath is required.

When the individual steps into the voting booth they stand alone.  There is no group that can demand their allegiance and there is no reason for a voter to think they have to vote any way but what they individually decide is the best choice. This is the power that is granted to those in the voting booth.  Those who carry less than this autonomy behind the curtain have given up a portion of their mind to the wishes of others.  This act of voting requires the best of a person- the full use of their independent mind.  Such a requirement negates the bias that prejudice breeds.