Game of Thrones the Final Solution (Spoilers Ahead!) 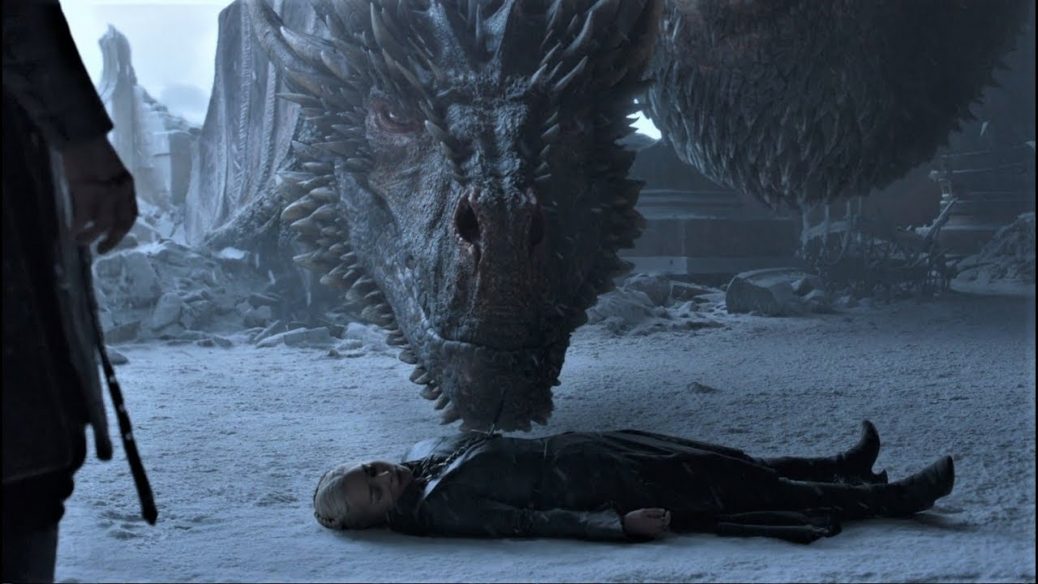 It’s over. HBO’s stunning achievement in television is finally over and most fans probably wish it would have gone on forever.

Something odd happened to Game of Thrones in it’s final season. Yes they rushed the story in the last season and some of the special effects just weren’t that special but the stench of the millennial, so destructive to the political process, has now affected every aspect of Western Civilization even GoT.

I knew how the show was going to end. You just can’t keep something so epic a secret for very long. Until I heard Tyrions speech about stories I thought I’d have a hard time swallowing the person who would be the ruler but after hearing that speech it all made sense. Aegon pets the dire wolf, Tyrion doesn’t die, the wheel is broken and Sansa is Queen in the North. What is not to like here? A bit choppy perhaps but the story line was good.

Curious about the reaction from the press and YouTubers I went looking for the accolades for the series and what I found instead was nothing but hate. That same millennial hatred that has poisoned America’s well of hope and peace for years now. Why am I pointed the finger at millennials? Because most of the negative commentaries I have read and most of the negative videos about the show I have watched were written by or filmed by millennials. How many of those 1 million people who signed a petition to remake the final season of the show were millennials? The same insane demanding brats who think the entire world should capitulate to their demands on just about everything.

Because they know how to do everything better and everything they haven’t done sucks. Surely their knowledge of writing and producing epic TV programming is, like everything else they do, far superior to that of anyone who came before them or will come after them. If they hadn’t been so pampered while they were being raised one might think these “kids” had been forced to digest corn flakes someone else had already relieved themselves into every morning.

Love the show or hate the show the final episode wrapped things up in a very satisfying way (unless you were a fan of The Mother of Dragons) with 2 separate kingdoms and a Stark ruling over each. And if you were a true fan of the show, Tyrions survival made everything seem right in Westeros. The one part of the story that didn’t get leaked as just about everyone stated it would be his last days.

Game of Thrones aside we have to find a way to bring millennials to heel. They have spread their poison to everything we do in Western Civilization and I for one have had enough of them. Don’t feel bad about enjoying the final show of GoT just because someone whose soul has been poisoned by a life of entitlement claims it sucked.

Instead feel bad for all the young people who are so lost and empty inside that they have to destroy everything they see.

Game of Thrones was one of the most epic TV series ever, right up there with Lonesome Dove (which is a very high compliment coming from me) and it deserves a lot more respect and admiration than it is getting this day.