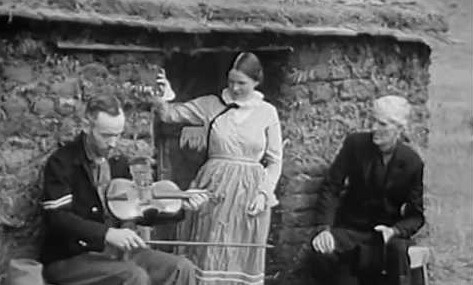 Sometimes desperation can drive men to do great things and the pilgrimage to America was, and is still considered to be, at the very top of that list of heroic endeavors.

England was a land under the helm of great tyranny and many suffered under its suffocating rule. Some of those were people who longed to work and worship without the fear of being imprisoned for doing what they believed to be their very own business and that led to the pilgrimage to Plymouth Rock on American soil.

Strangely however, the very first set of rules set forth by the white settlers was that of Socialism, as the new immigrants wanted everyone, in all fairness, to be equal and share equally. This experiment however soon revealed the inherent flaws of Socialism as the new immigrants nearly starved during the first winter, only to be saved by the first inhabitants, the American Indian, who was kind enough to give them food and teach them some basic survival skills.

Socialism quickly gave way to anarchy as it became, out of necessity, that every man fend for himself and that relieved those willing to work hard from carrying the load of those who figured that they didn’t have to.

Anarchy was the original driving force that gave these new Americans their needed boost to flourish and flourish they did. Over time these hard working citizens formed communities with leaders who naturally set some basic, but simple, rules, probably borrowed from England and that lasted until Mother England imposed a tea tax on top of other taxes already levied on the new American’s.

These hardy self sufficient pioneers were now accustomed to their newly found freedom and were not about to be bullied by the very same tyrannical government that they had just escaped from, and that gave rise to the Tea Party and the beginning of the Revolution.

The revolution was a great hardship for all Americans but their devotion to freedom and their self reliance beat back the English Empire and gave rise to the greatest Documents ever written in the entire world and until today, these documents have never been questioned as the world’s salvation and most favored place to live.

The Declaration of Independence and our cherished Constitution have served millions of Americans for well for over 250 years and have protected our freedom and our natural rights.

Our wise and learned forefathers were smart enough to give us a Republic that tried to guarantee that government were to remain small and in the hands of the people and that even a majority could not remove our freedoms and our rights from us.  However 250 years later, the very same enemy, which we beat in 1776, has managed over the years to infiltrate our very ranks and chip away at the very foundation of our great country.

Much has been written about the different kinds of government and there is much to be said about the details of the various forms of it, however one can simplify the understanding of them by putting them on the freedom chart or graphic.

On the very far end of the graph, to the right, lies anarchy or no rule at all and just a bit to the left of that “WAS” our very own country at its very beginning. After about a billion laws later and the meddling of countless lawyers and judges, our freedom has drifted far to the left and is now nudging dangerously close to Socialism.

Our Constitution was purposely written in plain English so that all men could read it. However lawyers and our enemies could not leave well enough alone and have written  a couple of thousand pages of explanation trying to change its very meaning. the very meaning that is so easy for the common man to read.

As you can see, today’s pioneers have lost vast amounts of ground in the freedom arena and it has become more and more like the very countries that our immigrants have left to share the American dream.

As you work your way through this book of ongoing work, you will find a great many, however only a tiny share as space and time will allow me, of the nefarious things that have been going on in Americas in an attempt to wrest away our hard earned freedom and our hard earned wealth by the very same families that we rid ourselves of back in 1776.