What Is Freedom in a Free Country? 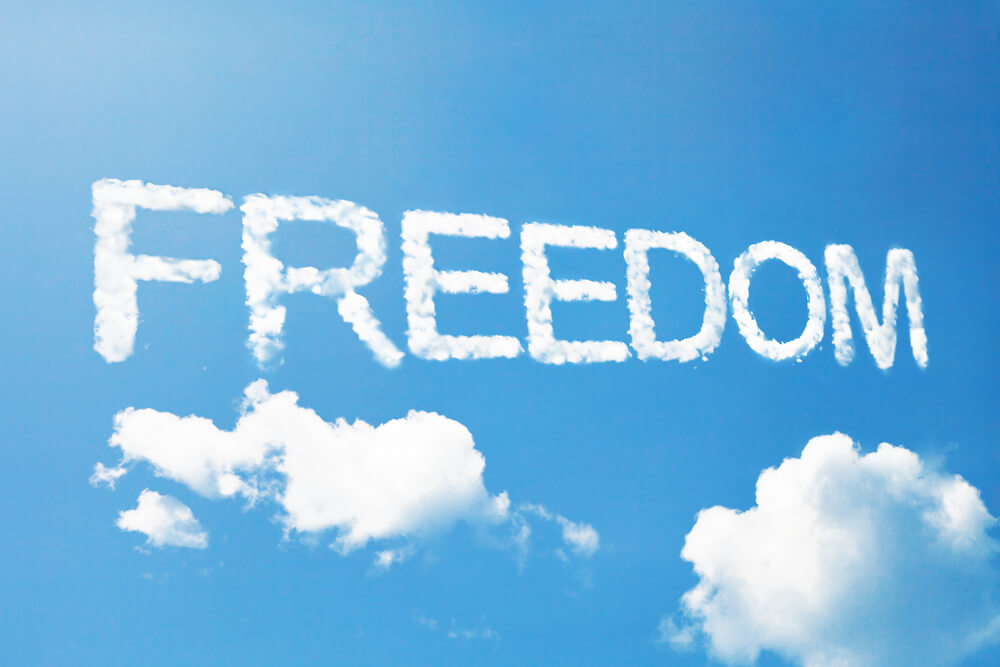 In America, a free country, you are allowed to be and do many things. You can be religious, atheist, straight, gay, Democrat, Republican, smart, stupid, fast, slow, loud, quiet, or many differing things. What you cannot do is tell another they are wrong for believing different than you, ban religious items from public view, make laws restricting anyone’s rights as guaranteed in the constitution, demand your point of view be forced upon another.

This means, there cannot be laws, regulations or other compelling legal device to force anyone to accept your lifestyle, even if they own a business. In a free society, business owners should be allowed to decide for themselves who they do or do not provide products and services to. Whether their motivation is religious, prejudiced, or just because they don’t like the person, does not matter. Freedom does not need a justified reason to be exerted. Legal enforcement of acceptance of divergent lifestyles is not freedom, it is Socialist and should not exist in a free nation.

The first amendment is more liberating than most people realize. It gives us all the right to have whatever opinion we have and the freedom to speak out upon it as we see fit. This includes a privately owned business. In fact, in America, publicly owned businesses are less desirable. A Republic is about the individual, it is not to be about majority rule. Majority rule is a democracy and America is clearly stated in the constitution to be a Republic. The United states is specifically required to guarantee a Republican form of government to the states (article 4 section 4). When was the last time we had a president and congress who stood for states’ rights and refused to enact federal laws that usurped the rights of the states and the people (Amendments 9&10)?

In a truly free country, a woman like Kim Davis, who stood for her religious rights, would not be vilified for defying mandates that violate her religious views, she would be applauded for standing for her rights, period! Just because someone stands for their rights, does not mean they are trampling on another’s rights, it means they are standing for their own. We have got to get away from Democratic thinking and remember we are supposed to be a Republic that values the individual’s rights. That means we must accept that people are in fact all different, but not letting those who are different define how we live our own lives! If someone is a bigot, it may be offensive, but they have the right to their own opinion. Their freedom does not need our approval anymore then my Christian faith needs yours. We are not approving their divergent thought if we let them remain where they are, we are allowing freedom to exist! Christians are often accused of offending and encroaching others rights simply for existing or having a rock with a scripture on it in public view. If you disagree with that scripture, don’t read it. If I don’t like your wiccan or gay lifestyles, I will not participate in it.  We may disagree on all points but that should not mean we cannot be civilized enough to live in the same town. If you cannot be that civilized, then move to a country who demands the populace follow your belief system and let the free people of the world remain free. You are free to choose freedom or go to a place that dictates the belief system you do to everyone.

There should always be at least one society of free people in the world. This is how we get the greatest amount of diversity possible.  People who live under Socialism, Democracy and Communism do not have full freedom if any. However, if a country wishes to live under those ideals, then so be it, but they should not allow the enforcement those ideals in a free country. It is not only the antithesis of what freedom is but according to the Declaration of Independence it is also justification of a violent response from the free people. How far from freedom have we come when people do not even know when violence is acceptable and when it is not! Do not tell me I can or cannot own anything, including any gun. The Second amendment is for the protection of the Republican form of government. If that is in danger the people are explicitly stated in the Declaration of independence “That whenever any form of Government becomes destructive of these ends, it is the Right of the people to alter or to abolish it, and to institute new Government, “. The Second amendment specifically states “arms” are what the people have a right to. Arms are items of warfare, that includes protective equipment. So if the federal government can own it the people can own it. The reason is that the people are never to be incapable of overtaking a rogue government and replacing freedom to the people.

So the next time you demand someone support the “democracy” of America, or their particular lifestyle or their ideals that conflict with your own, consider what they are doing to freedom. Why do we re-elect the same people who grasp tightly to political correctness and make laws that demand you do too? Do you really not think they will eventually declare YOUR life choices as not politically correct? Do you not realize that if one right, one opinion become illegal and banned than any right or opinion can become banned from public life? Take some time to really consider what freedom and the American form of government is really supposed to be and then look around, you just may be shocked when you finally realize just how far from our founding principles we have become. How far from freedom we have come. If your hair does not rise on the back of your neck, you have not figured out how in danger of losing our freedoms we really are!