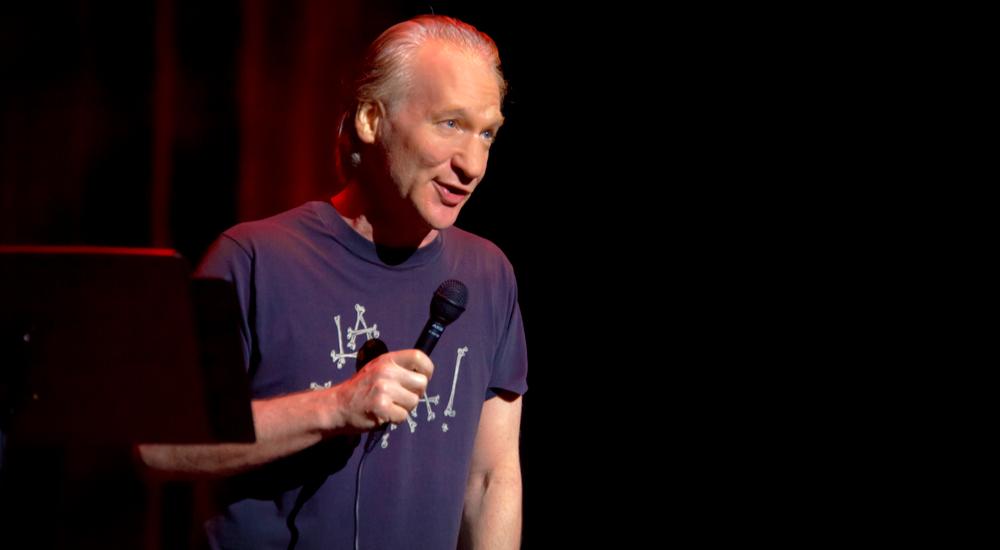 I have to admit – there are times when I am very pleasantly surprised by leftist Bill Maher’s attempts at independent thought.

This past week on his HBO show, Real Time, he mocked Democrat Adam Schiff (D-CA) for “stalking” President Trump after the President had been cleared of collusion. He then told liberals to stop whining about Kate Smith and “God Bless America,” because it made them look like idiots. Finally, he took up the subject of “free college” which has become kind of a cause celebre among Democrat candidates for President.

Maher wondered how the idea that ‘people who don’t go to college have to pay for people who do,’ became a “liberal” idea? Maher highlighted the reality that college graduates earn far more money than non-graduates, and those with advanced degrees earn even more… so why should those who don’t go to college be punished yet again, when those choosing college already earn more money?

“Let me test your liberalism. If you have a bachelor degree you on average earn 65% more than someone who doesn’t have one. If you have a master’s degree, 100% more over the course of your lifetime. So nothing is free like a free lunch. Nope. Neither is college. Somebody will be paying for this free college and it will be taxpayers. So are we really saying that someone who didn’t go to college should be subsidizing the people who went and got the benefit of going to college and made more money? Is that really a liberal thing?”

It’s a really good question. Guest, Grover Norquist, agreed with Maher and argued that the idea of “free college” is a massive wealth transfer from poor to rich. He also pointed out that Democrats were doing this primarily to win an election because they are attempting to cater to the people who “actually vote.”

Maher’s line of thought even got the most liberal guest to admit that if he was forced to pay for someone else’ college even though he had never attended… he’d “be pissed.” So, some liberals can understand why their policies might make people angry.

I’ve never even considered the idea that “free college” wasn’t a liberal idea, until now. I appreciate Maher pointing out how “regressive” (not progressive” the idea is. It may sound like a liberal (even socialist) idea, but in reality, it’s more of a regressive fascist idea. Still government coerced, but not intended at equalizing society, instead, it would harden the lines between the haves and have nots.

“Free College” is a truly insidious, and regressive leftwing policy and it needs to be killed.