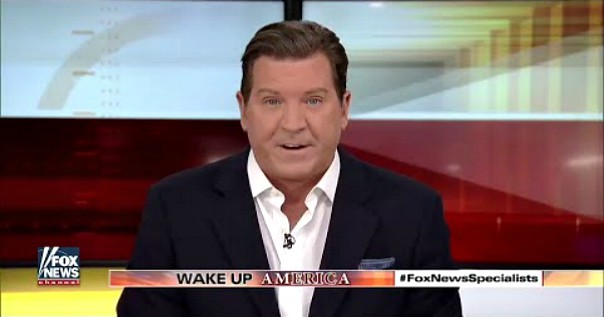 Eric Bolling has been suspended from Fox News – but that still doesn’t make him guilty. Of course, it doesn’t mean he’s innocent

So the leftist hit squad is after another of the Fox News on-air stars. This time it’s Eric Bolling.

Why are they doing it? At first blush one would simply conclude, and rightly so, that Bolling is an Ever-Trumper. No – not a never-Trumper – a died-in-the-wool Trump supporter. He is also one of the more popular Fox News stars. That’s enough to put him the left’s hit-list.

And after they were able to successfully oust big-gun Bill O’Reilly, I believe they have the confident to think they can take down virtually anyone.

But is the Huffington Post report that Eric Bolling texted a picture of what they describe as “male genitalia” just another hit piece, like the one done on Bill O’Reilly, to attempt to knock Fox down further? Or is the HuffPo piece just investigative journalism?

Okay, you can stop laughing. I know – actual investigative journalism went the way of the Dodo decades ago it seems. Particularly regarding leftist journalists (redundancy alert) “investigating” anyone left of center. Now it’s just one “gotcha” piece after another. But I suppose when you have exactly zero positive news coming out of your own camp, what else is there left for them to do.

Not that it matters, and it’s gross either way, but HuffPo doesn’t state that its Bolling’s junk – just that the text messages sent were of “male genitalia.” I can’t really even believe I’m writing about this.

Why is this just being unearthed now? Did the HuffPo just stumble onto this? Did sources contact them? The article states that, “The messages were sent several years ago, on separate occasions.” Like the Bill O’Reilly hit piece, which I contend is 100% false and fabricated, the timing of this seems awfully convenient.

The HuffPo said they, “spoke to 14 sources in and out of Fox News and Fox Business,” to confirm the stories validity. So we’re expected to believe that after “several years,” 14 separate people were just discovered to corroborate the salacious story? All of which have evidently remained silent to this point. Pretty bloody unlikely. Just because of that, I would say this story is probably bogus.

However, there is something troubling about all this – I mean other than just talking about such things at all. It’s the response – not once, but twice, from Bolling’s attorney.

The Blaze wrote on Friday that, “An attorney for Bolling responded to the report saying, ‘Mr. Bolling recalls no such inappropriate communications, does not believe he sent any such communications, and will vigorously pursue his legal remedies for any false and defamatory accusations that are made.’”

Excuse my French, but what the hell kind of defense is that?! “Mr. Bolling doesn’t recall – does not believe?! Who is he – Hillary Clinton? Oh – I’m sorry – I don’t recall. That’s absolute crap!

Then Breitbart got hold of the story, with a rebuttal of sorts entitled, “Exclusive — Eric Bolling Attorney Fires Back at Huffington Post Sexting Attack: ‘Not True.’”

Now, I’m not an attorney, but I can read – and I can also read between the lines.

Breitbart writes of the sexting story that, “The attorney for Fox News anchor Eric Bolling is firing back at a thinly and anonymously sourced hit piece in the Huffington Post alleging he sent ‘lewd’ text messages to female coworkers years ago.”

Okay – that sounds pretty powerful and definitive. But is it? No – no it’s not.

“The story is based on anonymous sources and not true,” Bolling’s attorney Michael Bowe told Breitbart News exclusively on Friday night. “No such unsolicited communications occurred.”

Huh?! Again – that’s crap! First the lawyer says it’s “not true.” If that’s the case, you leave it at that. But then he adds, “No such unsolicited communications occurred.” What the heck does that mean? By simply reading between the lines of carefully worded lawyer speak, I can only conclude that perhaps “junk” mail was sent (pardon the pun), but it was “solicited.” What else is one to conclude by such a statement?

This whole situation is ridiculous. These people at Fox are either the victims of the century or they are running some sort Roman bath house.