The Fourth of July Threatens the Liberal Agenda 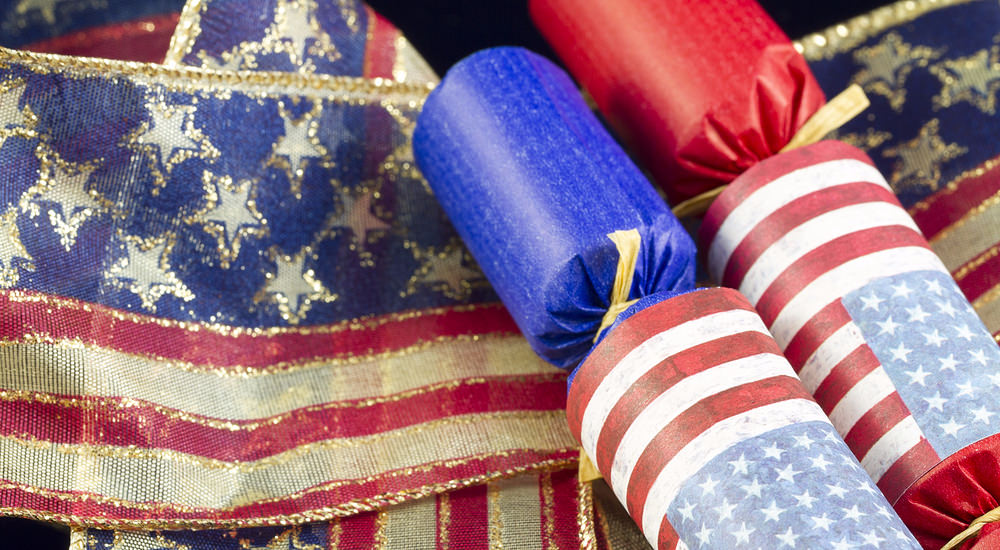 The Left has declared all-out war against the Constitution.  Left-wing media covers up criminal Democrat activities while slandering right-wing actions designed to stop the Democratic agenda.  Terror attacks by Islamic Jihadists become workplace violation by psychotics who are citizens with guns so they call for citizen’s gun rights to be taken away. Illegal aliens invading America become neo-citizens who “do jobs Americans won’t do” and are nothing more than a Democrat voter drive. And Hillary, who has been profiting from banks to the tune of tens of millions, while Obama has been funneling money to them in the trillions of taxpayer dollars, slanders Trump as being the greedy rich white man who would steal from poor Democrats.

Liberals don’t even know what America is, how she was founded, or what she represents.  They are uneducated and taught that government is their new nanny designed to care for them.  The problem with stupid people is that they don’t realize they are stupid:

Besides the simple fact that the Constitution is the very basis for American freedom and exceptionalism, the Bill of Rights is what liberals despise the most.  The first ten amendments restrict government from controlling the populace and ruling over them rather than serving as the governing body of citizens.  The following comparison of how liberals portray and attempt to violate the 1st and 2nd Amendments speaks most plainly of their intentions to pave our way to a Marxist hell.

“Congress shall make no law respecting an establishment of religion, or prohibiting the free exercise thereof; or abridging the freedom of speech, or of the press: or the right of the people peaceably to assemble and to petition the Government for redress of grievances.”

Liberals reinterpret this to mean that no government official or office may recognize any religion.  What it means is that the state cannot establish any religion to be dominant over the others.  But that doesn’t stop atheist liberals from allying with fanatic Moslems to establish Sharia and make Islam the religion of the state.

How can atheists and religious Islamist fanatics ally?  Because their common enemy is Christianity and God.  Allah and God are not one in the same as Muhammad clearly says in the Koran.  Christians recognize Jesus as the Son of God and Messiah, while Islam says God has no son and Jesus was a simple man of color and a prophet who was killed by rich white people.  (They didn’t use those terms back then, but that is what his writings about Jesus mean and how they are interpreted now. The Koranic version of Christ is what is used by church of Black Liberation Theology.  Black Jesus is not the Christ of the Bible, but the Jesus of the Koran.)

Of course, atheists and Islamists allying is no different than the Communists and Nazis allying at the beginning of WWII.  Sooner or later they’ll be at each other’s throats. Before then, however, they will strike at the heart of Christianity the way the socialists of the 20th century struck at capitalism. Atheists may have their hands full, however, as Islam is very much a theocracy and not a religion.

This is why allowing Islam into the United States is a violation of the Constitution.  As a form of government, Islam and Sharia are violations of American law and not protected by the 1st Amendment.  They would, in fact, fall under sedition and subversion fomenting rebellion through an insurgency.  Despite all the Islamist apologists who declare that Islam is peace and that Jihad is radicalism, in reading the Koran and Hadith and the history of Muhammad it is clear that Jihad is Muhammad’s prime directive.

The new Jihad – coming to America to make America Islam

“A well-regulated Militia, being necessary to the security of a free state, the right of the people to keep and bear Arms, shall not be infringed.”

Again liberals attempt to reinterpret and subvert what is meant by the Militia.  They declare that the Militia is not the general citizenry, but state-sponsored quasi-military personnel.  This is as patently false as their man-made climate change scam.  To say that only government agents may possess weapons is establishing a nation of subjects, not citizens.

In every socialist dictatorship in the world citizens are not permitted to own weapons.  The only people who have weapons who are not in government are criminals, thus the civilian is left between a rock and a hard place with government and criminals stealing from them at will with impunity.  Civilians are then left vying for scraps and scrounging to keep from starvation.  Eventually, riots and a rebellion well up but are led by the criminals with guns who only seek to establish themselves as the dictators in charge.

This is what makes America exceptional. We are the only nation in history that has established the rights of citizens to rule.  The unfortunate consequence of this is that citizens may choose stupidly as they did in giving Democrats power and electing an anti-American, anti-white, anti-Christian Muslim to be the leader of the free world – and the world is paying the price.

Obama and the Democrats are leading America into decline while amassing vast wealth for themselves and their cronies.  Over $8 trillion has been added to the National Debt by Obama and the Democrats who controlled Congress for most of his term, all going to banks, corporations, and Wall Street that Democrats tell their voter slaves are the servants of Republicans.  America’s now $20 trillion dollars debt that will eventually lead to bankruptcy and economic collapse like Greece and Venezuela, but there is no economy on Earth that can bail out America because she’s “too big to fail.”

Hillary Clinton’s campaign has been nothing but smears of the men and women who built America and made her great.  Along with the oblivious Elizabeth Warren, her slanders of Trump and Republicans go to the extremes of accusing them of wanting to re-institute the policies of her husband that led to economic collapse of 2008.  Regardless, if Democrats can retain power then they will be certain to make those policies a reality so that, should Republicans look like they are going to take power away from them again, then they can crash the economy once more and blame Republicans, justifiably expecting ignorant fools will fall for it again.

Democrats in the age of Obama are not concerned with Islamic Jihadists surfing the Internet on how to build bombs and buy weapons, but with TEA Party patriots teaching the Constitution that ignorant young liberals might actually read and understand.  Every time there is a successful Jihadist attack in the USA, the Obama regime immediately talks about the danger of guns in the hands of citizens and man-made climate change threatening to melt the planet.  Hillary has her vacuous followers cheering for her calls to destroy the republic and remake America in Obama’s image as a new socialist one party state and silence conservative voices both in the media and especially over the Internet.

The biggest problem with stupid people, aside from their colossal ignorance, is that they have been given the right to vote.  When America was founded, only responsible citizens could vote.  But following the Civil War, Republicans were duped into changing that to stop Democrats from oppressing blacks in the South.  Now Democrats have warped the minds of blacks to make them part of the new Democrat Plantation.  They vote for goodies rather than voting for the opportunity to do more with their lives as they subsist on welfare, food stamps, drugs, and crime and Democrats promote more chaos in the name of doling out more goodies if their voter slaves assist them in retaining their power.

Read more at – Fauxcahontas and Hillary Havoc and Lies