Four of the Funniest Leftist Snowflakes Melting Over Trump 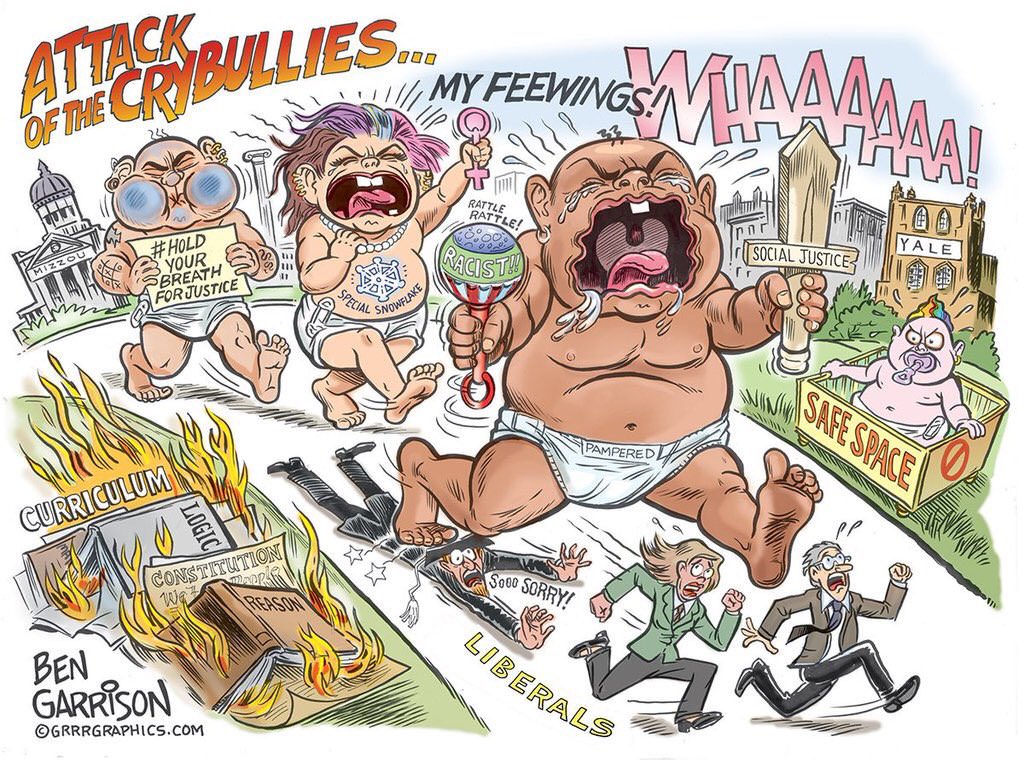 He still has 10 days before taking office, but I’m liking Donald Trump already.

Oh, it has nothing to do with policy. We don’t really know what Trump’s policies will look like. Many think they know by the campaign and post-election speeches given by him and his “people.” However, no one as yet really knows what President The Donald will do or how he will govern.

The reason I’m liking Trump is his ability to drive the left into full blown melt-down by barely lifting a finger.

Leftist websites are already in panic mode and “overrated” Hollywood stars are soiling their awards with their own tears. To hear them lament, we should expect the Trump presidency to be a combination of Jim Crow, Apartheid, Soviet Gulags and capitalist robber-barons.

Unlike some on the right who were willing to give Obama a chance (count me as NOT one of them), the left has preemptively condemned everything Trump, as well as everything Republican.

We’ve all seen or heard the now famous speech given by the hopelessly overrated actress Meryl Streep, but what you may have missed is another actress, seen on the red carpet at the Golden Globe Awards.

Actress Lola Kirke, star of the Amazon web TV series, “Mozart in the Jungle,” was wearing a lovely floral dress adorned with a small pink pin. On the pin was written, “F**K PAUL RYAN.” Of course the f-word was not redacted on her cute little pin. These Hollywood types sure do like the ‘f” word.

According to the Huffington Post , Ms. Kirke wore the pin in protest over Speaker Ryan’s announcement of “the GOP’s plan to defund Planned Parenthood.” I’m sure Planned Parenthood is where Lola goes for her women’s healthcare and abortion needs. HuffPo also reported that the 20-something mindless liberal actress was sporting hairy armpits. Yummy!

But it’s not just Trump they’re in a panic over. The Nation reports that Attorney General nominee, Jeff Sessions “Could Return Criminal Justice to the Jim Crow Era,” because…you know…he’s such a racist. He purportedly said to a couple of liberal colleagues, that he liked the KKK before he found out they smoked pot. Assuming he said it, it was obviously a joke. However, he said it (assuming it happened) to liberals who have zero sense of humor. I can see why leftists would take that as an affront. The KKK was the hit squad for the democrats.

Another on the left’s chopping block is evil oil exec, Rex Tillerson – Trump’s choice for Secretary of State. According to the HuffPo, Exxon, the company who can singlehandedly ruin the environment, “gave over $6.5 million to groups that deny that burning fossil fuels is causing global warming,” while Tillerson was CEO. Oh, the f-ing horror! See what I did there?

Finally, Salon.com, on New Years day, posted an article entitled, “How to prepare for President Trump. A 10-point plan for activists, politicians, the press and everyday citizens.”

They begin by stated that, “Many Americans would not be surprised if on Jan. 20 Vladimir Putin administers the oath of office to Donald Trump, the Ku Klux Klan youth choir regales the inaugural crowd with a stirring rendition of ‘Dixie’…” It doesn’t get any better.

The 10 point plan is just an instruction manual of obstruction, hate, protests and riots. Exactly what we would expect from today’s unhinged left. The plan includes to “Challenge Trump’s Nominees” and keep him on the defensive – keep a daily tally of all Trump’s offenses and lies, engage in civil disobedience and generally disrupt Trump’s presidency.

The left has demonstrated to us all that they cannot be reasoned with and have no willingness to “work” with Trump and the Republicans. Therefore, in my humble opinion, we on the right should cease extending olive branches to these radicals, do everything we can to advance the conservative agenda, and further crush them in coming elections.

Maybe then will they follow through with their collective threat to leave America and migrate to Europe like so many refugees, taking their hyperbolic hysteria with them.