The Founding Fathers Gave Us a Good Beginning but… 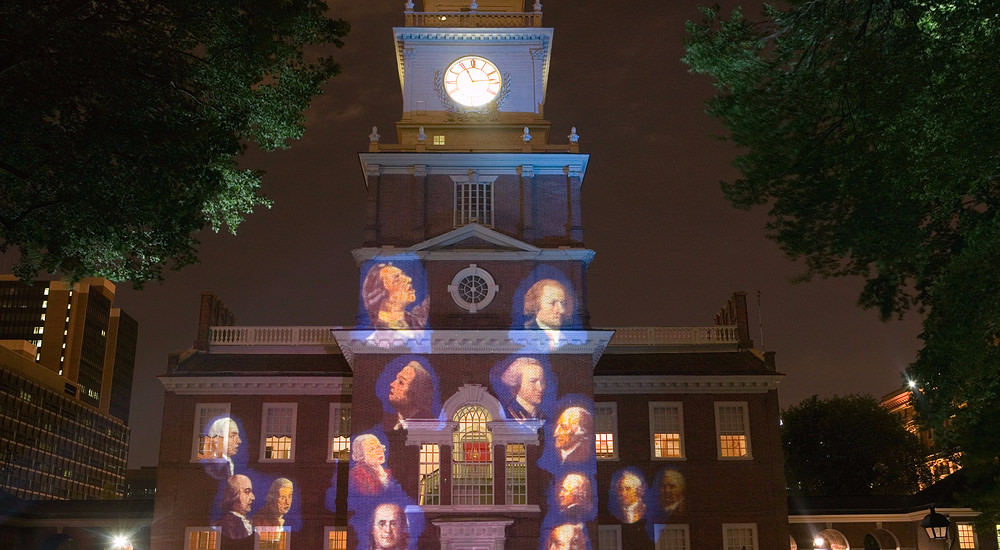 The Founding Fathers gave this country a good but not great beginning. They kicked the slavery question down the road until 1808 and  it continued until 1861 the Civil War.  The African slave trade ended in 1808 except for some smuggling, but not slavery.

The Founding Fathers made way for changes by having the amendment process,  but made it harder then just passing a law because it would last longer and should’t be taken lightly.

If as a group they knew nothing else, they knew the weakness of man, they knew history repeated itself.  The Old Testament give us the Ten Commandments, but also a history of power, greed, and wars.

The Founders came from all walks of life.  There were two inventors, Franklin and Jefferson. They were merchants, ministers, lawyers, farmers. They knew the country would expand, it already had. Their faith varied by some degree but all believed in a moral code and God or Supreme Being. If my memory serves me Franklin had a bastard son kicking him out of the church. Jefferson was a Deist, but not anti-God.

The U.S. Constitution came out of English law, with the addition of experience and treatment by the  British Crown and British Parliament, being factors. Every piece of the”” Bill of Rights” starts with our British cousins.

Not following the structure of the Constitution is the problem. The three distinct branches of government has disappeared.  The courts have been taken over by activist judges, they are now writing law not just interpreting the law.  The executive branch and many administrative agencies have exceeded their pow by executive order.  The Congress  has abdicated too much of their power and or become too much of an ideologue.  There is no longer  the Common Sense” of Thomas Paine or the brilliance of “Poor Richard’s Almanac.” Facts will be ignored if  they go against your agenda. They will ignore hard facts, and attack anyone with a different opinion hard or soft.  Many are clueless if the matter doesn’t pertain to their district, or state. They need to know when to kick the issue back to the state.. It is less distance then what the colonies had with  Britain but the issue is still the same, centralized government.

With the loss of freedom we have experienced, a democracy can implode on itself. For most of the time the U.S. has existed immigration was not much of a problem in the larger picture. We took in refugees and others because we had the resources. There was always some fear and doubt because of the unknown. Most assimilated and took our values and language. The were here because of our freedoms. There was some fear of people coming from Catholic countries because of the Pope. It took until 1960 to elect a Catholic president..

Immigrants illegal and legal are not being checked out. Many don’t assimilate, some by choice. Being Muslim is not the problem, it is how much they follow Sharia law and want its implementation. Other religions have accepted our freedom of religion.

The Second Amendment protects the first. It is about self and society protection.  A gun is both an offensive and a defensive weapon of choice, a weapon that can even out the odds. What weapons did the colonist and those that moved west face? Ban  everything that can be a weapon, including brute force. A weapon can not due much by itself, its the person or nut behind the weapon that causes the trouble.  You will never get all sick people or ones that want to be a martyr . Just hope to reduce the numbers. Local law enforcement can be slowed by traffic, county and state by distance.

One amendment has been passed and repealed.  Women now get to vote. The vice president and president are now elected together. Did the people win or lose when we changed the law  considering U.S. Senators terms? That is where we have a log jam in Congress.