Former DNC Head Sells Out the Clintons, but Her Story Comes Too Little, Too Late 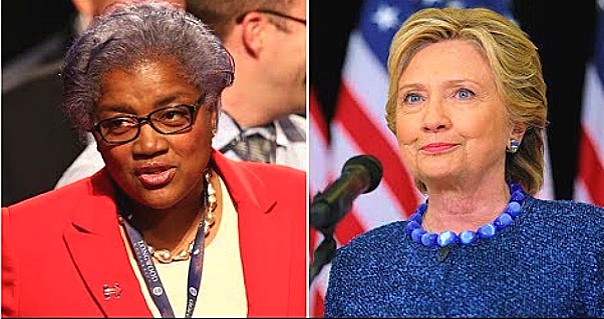 The clear corruption within the DNC and the Hillary Clinton campaign were well known to Donna Brazille after their convention, but she decided to aid the cover up until now because she feared what would happen if Donald Trump won the election. Some are calling her brave. Sorry, folks, but what she did is not bravery. It’s a way for her to clear her conscience after the fact.

Here’s a tidbit from her article on POLITICO:

The funding arrangement with HFA and the victory fund agreement was not illegal, but it sure looked unethical. If the fight had been fair, one campaign would not have control of the party before the voters had decided which one they wanted to lead. This was not a criminal act, but as I saw it, it compromised the party’s integrity.

The short version of the story is that the DNC was broke, Hillary’s campaign came in and took over by putting them on financial life-support so they could keep control before winning the nomination, then they funneled as much money as possible into her campaign. Oh, and it’s a combination of poor management by Debbie Wasserman Schultz and Barack Obama that caused the financial problems in the first place.

It’s an interesting read that gives us more details about three things we already knew:

What Brazille did by revealing all of this was make herself feel better about participating in arguably the most corrupt primary process the nation has ever seen. I always thought it should have been a Ted Cruz vs Bernie Sanders general election, but it wasn’t. The difference between the two winners is that Donald Trump beat Cruz fair and square while Hillary had to steal the nomination from Bernie. Brazille’s revelations at this late stage prove that she’s a coward, not a hero.