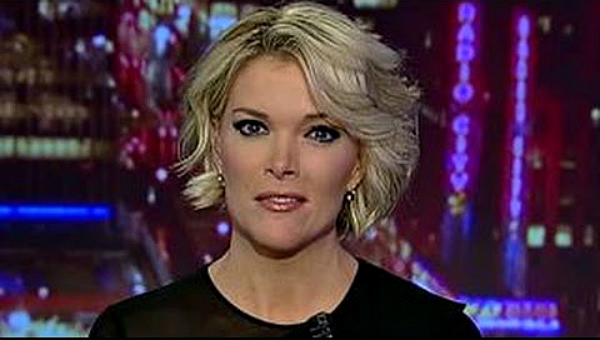 A mom, married two times with three beautiful children, and the ability to bring some of the most compelling people into a hostile environment, and make them feel at ease? Who can do that all day long and still smile, be polite, and honest in her convictions? Megyn Kelly, the latest super loss for Fox News. Megyn could arguably be the biggest name to leave Fox News since its inception.

On the eve of January 3, 2017, one of the brightest and most talented of stars for Fox news announced her conclusion on the Fox Network. While it may come as no surprise, her heart and values are deeper than some on the network, like Hannity and O’Reilly, she picked no arguments, but only had praise for Fox, the Murdock family and all of her “peers”.

The vultures are out in full force trying to find another Current POTUS bandwagon player, but what Fox needs is a stealth, strong willed, non-biased commentator. I know, Megyn Kelly.

“I have grown up here and been given every chance a young reporter could ever ask for,” she said, praising Rupert Murdoch’s family for its kindness toward her. Kelly’s closing remarks came less than 12 hours after the surprise announcement that she will be giving up her prime-time role at Fox for a multi-year deal that includes several roles at NBC. She will launch a daytime program as well as a Sunday evening news magazine show, and be part of the network’s coverage of major political and breaking news events.

Megyn while being more than fair to the “peers” at Fox news when she has been viciously attacked by Sean Hannity and also verbally attacked on occasion by O’Reilly. Both seem to stem from a view of jealousy than anything that Megyn did wrongly. We saw no blood coming out during her tears as she gave her goodbyes on her show, and she showed no remorse for the opportunities that Fox afforded her. Truly a lady of Grace and goodwill.

According to Fox News Entertainment: Fox News fought hard to keep Kelly, who became a breakout star and whose 9 p.m. show was the second-highest rated in cable news, behind the “O’Reilly Factor.” Trump’s attacks on Kelly during the campaign helped turn her into an international celebrity and she was featured on the cover of the New York Times Magazine, Vanity Fair and other publications. She also just published a best-selling memoir, “Settle for More.”

Kelly was an increasingly unhappy lawyer in 2004 when she parlayed a part-time gig at a Washington station into a reporting job at Fox. She quickly rose through the ranks, co-anchoring “America’s Newsroom” with Bill Hemmer and then hosting a 1 p.m. show before the move to prime time. Quickly the audiences gravitated to her and Bill Hemmer, and then to her with her daytime show. Megyn has the gravitational pull that News channels look for, and we can see that Fox, while hurt, will not show the signs since it would be detrimental to their numbers. Meanwhile, Megyn has opened a potential door to a much larger and vast audience that may bring more strength to her brand. For Kelly, the jump from a primetime at Fox to a multifaceted role at NBC carries a high degree of risk. She’ll be giving up the most loyal audience in cable news for a new set of platforms that she’ll have to largely build herself. At NBC, Kelly will anchor an Oprah-like daytime show, launch a new Sunday night news magazine, and contribute to the network’s political coverage. A huge task by anyone’s standards.

There will be controversy, and we will see the bloggers dishing gossip from those who love Megyn to the ones who had evil piñatas ready to tear to shreds that looked like Megyn. The end result is that an era has ended at Fox News, and this Conservative will admit it, when liberals tell stories of how Conservatives shoot themselves in the foot, Well, Fox news has shot itself in the foot this time, and Bigly!!

Such a wonderful talent, and the beginnings of a superstar in the field of newscasting. Whether you prescribe to her politics or not, she had a way to bring the best out in people, from those who would hide behind black out photos, to high profile controversial figures never to be accepted on the Alt-Right Fox News Network. For now, NBC will be shining brightly, and the months ahead will prove the true talents of Megyn Kelly…