Forget Everything Else: Just Vote 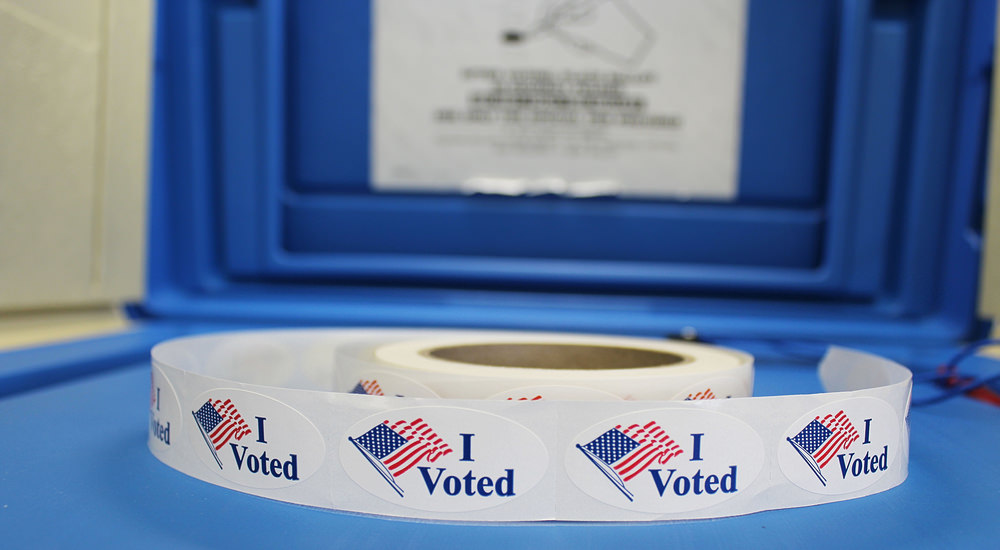 Vote. You won’t know if it is wasted until after November 8. The polls are all over so they mean little. Sixteen states have voting machines bought with George Soros connections. Primary system isn’t set up to allow an accurate choice with seventeen candidates. The major media is biased. No party is completely clean, but one has more tendency to break the rules. Third parties have no chance, because other people believe they have no chance. Lack of name recognition, money, and the media kill third parties on a national scale.

The system is rigged, but that doesn’t mean every element of every part is rigged. Spot rigging can hide when mixed into a group. Hopefully the machines have a way of verification for a voter to check their vote.
I hope you vote for Trump even though not perfect. The lies and corruption of Hillary Clinton reach the high levels of the Democrat party and the Obama administration. The lies and corruption are so deep it cancels any experience factor. The Republican establishment and those loyal to those defeated in the Republican primary are enabling Hillary as Hillary enabled Bill.

Hillary is not a friend of many women. She paid male staff more then women. The Clinton Foundation collected money from countries where Sharia is law. Gun laws and gun confiscation will not protect you from knives, bombs and brute force. She is for sanctuary cities and against Kate’s law. She is less apt to create jobs. Her ideas on immigration and use of force in foreign policy has cost the lives of family members. Many of you would be part of the deplorable because of your religion. Since you can’t separate perverts from the true transgender, they would be allowed where women don’t want them.

Minorities are just being used by Hillary and the Democrats. Many of your schools remain substandard. You were hit the hardest by job cuts due to illegals and jobs going overseas. Much of the problem with justice is economic. You are not above the law like Hillary. You have been hurt like others with a push toward four year degrees and cutting of trad have hand vo-tech schools.

The educational and cultural revolution hit the millennials. Many have high student loan debt and no job. “No Child Left Be Hind” low3ered the top instead of raising the bot5tom. We mpw need guest workers because some basics were missed. It also forced more remedial classes adding cost. “Common Core” is more indoctrination them teaching. The rewriting of history to be politically correct, and removal of the Bible and prayer are now in full force due to attrition. We are no longer taught civics or how to be civil to one another.

Millennials have become more socialistic because of crony capitalism. With the loan debt and all government regulations how could they start a business, get married, and have a family? Tax law has a bearing on loans for business star ups.

Where Trump is right on issues:
1. We now have a very corrupt justice system at the top.
2. Judges should just interrupt law not legislate.
3. Protect the second amendment.
4. Rules and regulations need to be more restricted.
5. We should use all forms of energy.
6. Refugees and illegals need to be extremely vetted.
7. We need better trade deals and security agreements.
8. Trump will try and rule by the constitution, not executive order.
9. A person with a business background can’t do any worse than a community organizer.
10. Refugees and new citizens need to accept a democratic republic as our form of government, no Sharia law.
11 Taxes have come close to the limit without killing the economy. Spending needs controlled.
12. We need to control terrorism both foreign and domestic.
13. Immigration policy including refugees needs reformed.
14. Trump can fill his cabinet with people having the expertise he doesn’t have.

The list of lies and corruption concerning Hillary and all her cohorts is now too long to mention.