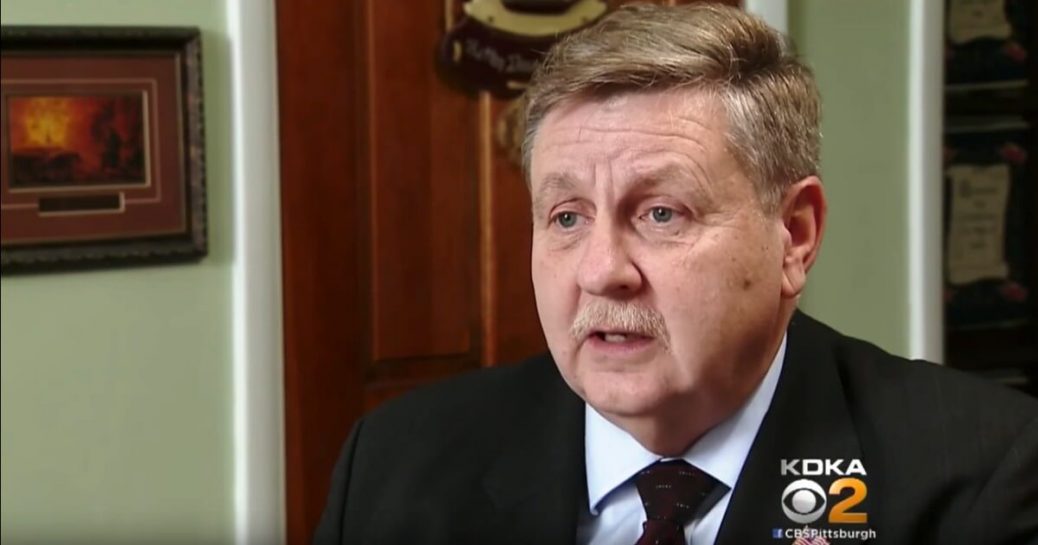 It is a huge mistake to think special elections do not concern you or are unimportant. Every race Republicans lose emboldens Leftists obsessed with stopping Trump from making America great again.

Please contact friends and family in Pennsylvania’s 18th Congressional district and tell them all patriots must get out the vote for Rick Saccone, conservative/Republican on Tuesday, March 13th. This is serious business folks. If Leftists can flip this seat in Trump country, they will be energized to spread their bogus narrative that Americans regret voting for Trump. This strengthens democrats’ chances of winning other congressional seats; making evil Nancy Pelosi Speaker of the House.

If democrats win back the House, first order of business will be to impeach Trump. Therefore, you see why Saccone winning in Pennsylvania is crucially important; a powerful left-hook to the jaw of the democrats’ treasonous anti-Trump and anti-America movement.

Folks, I don’t know about you, but I am tired of witnessing Leftists purposely orchestrating the moral, cultural and economic decline of our once great country. Before Trump, our elected officials have been pretty impotent in halting Leftists’ march to undermine America’s greatness.

In only one year, Trump has given us renewed hope for America; implementing 64% of his campaign promises. http://washex.am/2FbTG5g Trump has our economy booming. Tyrannical government regulations which strangled businesses and family lives have been slashed by Trump. Illegal immigration has plummeted. ISIS is on the run!

Trump’s success has sent Leftists’ panic and efforts to stop him to unprecedented levels. Incredibly, practically every fake news story, tragic incident, TV sitcom, Hollywood movie, the Olympics, the Oscars and countless other unrelated events find their way to become attacks on Trump and his Administration. Outrageously, no matter what time you turn on CNN and MSNBC, 24/7, they are trashing Trump. Leftists are laser-focused on removing Trump from office and blocking him from making great deals and implementing commonsense good policies for Americans.

After driving from West Virginia to Pennsylvania for Rick Saccone, Mary and I hopped on an airplane to the west coast to join the Conservative Campaign Committee in their Western Election Central War Room. We’ll oversee the biggest election battles; good vs evil. Folks we have 100s of battleground elections for House and Senate. https://secure.donationsafe.com/defeatlamb/lm

On the airplane flying to the west coast, two millennial men were talking across the isle. They freely used F and MF bombs without the slightest regard for families with children. No one, including flight attendants, asked the young men to respect fellow passengers — just another sign of our declining culture normalized by Leftists.

I am happy to report a light shining in the cultural darkness. Tina Griffin is famed as the Counter Culture Mom. Active in Hollywood for decades, Ms Griffin exposes how Hollywood exploits our kids for profit while shielding their kids from the garbage they produce and market to the masses.

Founder of MTV, Bob Pittman boasted, “We’re dealing with a culture of teenage babies, they can watch TV, do their homework, and listen to music all at the same time. The strongest appeal you can make is emotional. If you can get their emotions going, make them forget their logic…you’ve got them. At MTV, we don’t shoot for the 14 year olds — WE OWN THEM.”

A buddy gave me a heads up about the NBA playing the Negro National Anthem. http://bit.ly/2CRyLiy

I thought he was joking. Leftists praised the NBA playing the Negro National Anthem at basketball games as a wonderful thing. These same Leftists seek to ban our National Anthem and made heroes of ungrateful, mega-rich black pro athletes for giving our nation’s National Anthem their middle finger. As an American who happens to be black, this highly offends me.

This is the kind of Leftist inspired absurd craziness we endured when Leftists controlled the White House and congress.

Trump has emboldened everyday Americans to push back against Leftists’ bullying; dissing our country, our military, our police, Christians and principles and values which have made America great. Trump must remain free to continue moving the ball forward on behalf of We the People.

This is why the Tuesday, March 13th race in Pennsylvania’s 18th Congressional district is extremely important for America. https://secure.donationsafe.com/defeatlamb/lm

Please volunteer to make phone calls from home. To volunteer send an email to: [email protected]

Call your uncle Harry and cousin Al in Pennsylvania and tell them to get their butts to the polls. Tell them to also inspire others to vote for Rick Saccone http://bit.ly/2FpUunb, a good, decent man endorsed by Trump and the NRA.

I love the NRA! God bless.