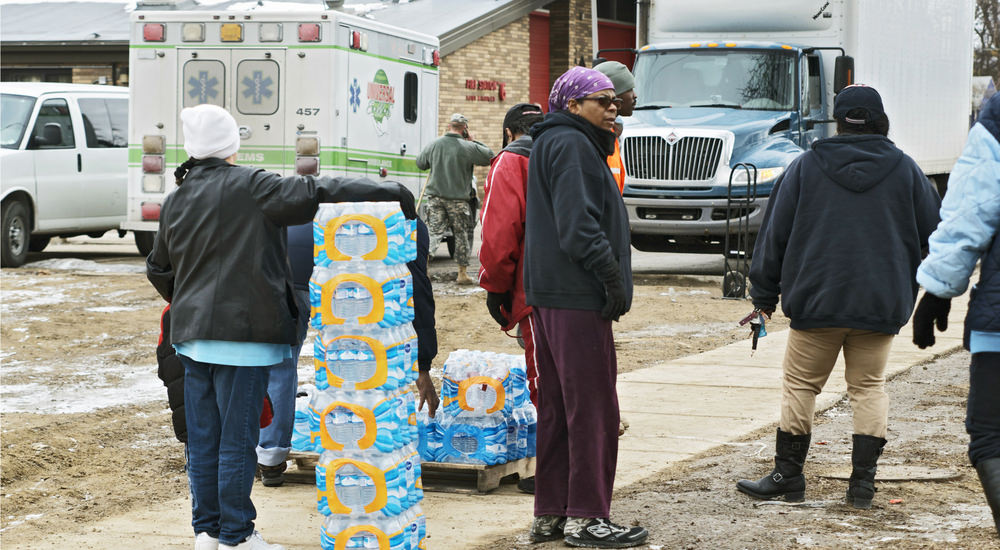 Remember in 2015, the headlines were monopolized by the Flint, Michigan water crisis? In 2014, a decision was

made to begin drawing the city’s drinking water from the Flint River, while they waited to reconnect to another source. By 2015, it was discovered that some children had elevated lead levels. After that, mass-hysteria took hold and the blame game was off and running.

Regardless of whether the science mates properly with the hyperbole, which is does not, there is no putting the lead genie back in the bottle. If you care to compare the actual science with the unhinged, you may read my article entitled, “Flint Lead Problems Just Got Worse.”

Now, some two years later and the problems in Flint have resurfaced. Uh-oh…did they find more lead in the water…or arsenic…or old lace? What is it man?!

CNN somberly reports  that, “A government-appointed civil rights commission in Michigan says systemic racism helped to cause the Flint water crisis, according to a report released Friday.”

“The 129-page report  does not claim there were any specific violations of state civil rights laws, but says ‘historical, structural and systemic racism combined with implicit bias’ played a role in the problems, which still linger in the city’s drinking water almost three years later.

Yes, the State of Michigan, that, according to 2014 records, has a total debt of $142.7 billion, paid big bucks for a group of social justice warriors to craft a 129-page report that they could have summed up in one sentence. “Lead poisoning is racist.”

The fact that many whites in Flint were also affected is utterly immaterial and trivial.

Anything that adversely affects even a single black is racist. If a bomb goes off in a building and kills 30 whites and one black, that’s racist.

In fact (or fiction), there are apparently five types of racism which cover virtually every aspect of a honky’s life.

According to The Angry Black Woman.com, who could have written the Michigan report, there are five types of racism, which are: “Aware/Blatant Racism, Aware/Covert Racism, Unaware/Unintentional Racism, Unaware/Self-Righteous Racism, and Internalized Racism.”

Whether the white overlords in government poisoned the water or meant to, which, if you read my article above you can see they did not, makes no difference. According to these five definitions, racism is already built in. There is no escaping it.

And “Historical, structural and systemic racism combined with implicit bias,” neatly covers most categories. Isn’t it convenient how this works? It’s almost as if it was coordinated.

“Aware/Covert Racism” is “When racists are being racist but just not saying it.” This could cover the “historical, structural and systemic” portion of the report, while “implicit bias” is covered by “Unaware/Unintentional Racism,” as well as “Internalized Racism.”

But how do they really know if we are racist? That can’t read our minds. Ahh – but you are wrong.

Black activists like those who crafted the report, or anyone like “The Angry Black Woman,” possess what the rest of us do not – an innate ability to peer into the souls of a cracker. They have the capacity to read our hearts and minds and have concluded what we have missed, or are desperately trying to hide.

That regardless of whether we are aware of our racism, rest assured – all whites are racist, and therefore it’s a logical extension to conclude that racists poisoned Flint’s water supply.