The Ten Most Damaging Wikileaks 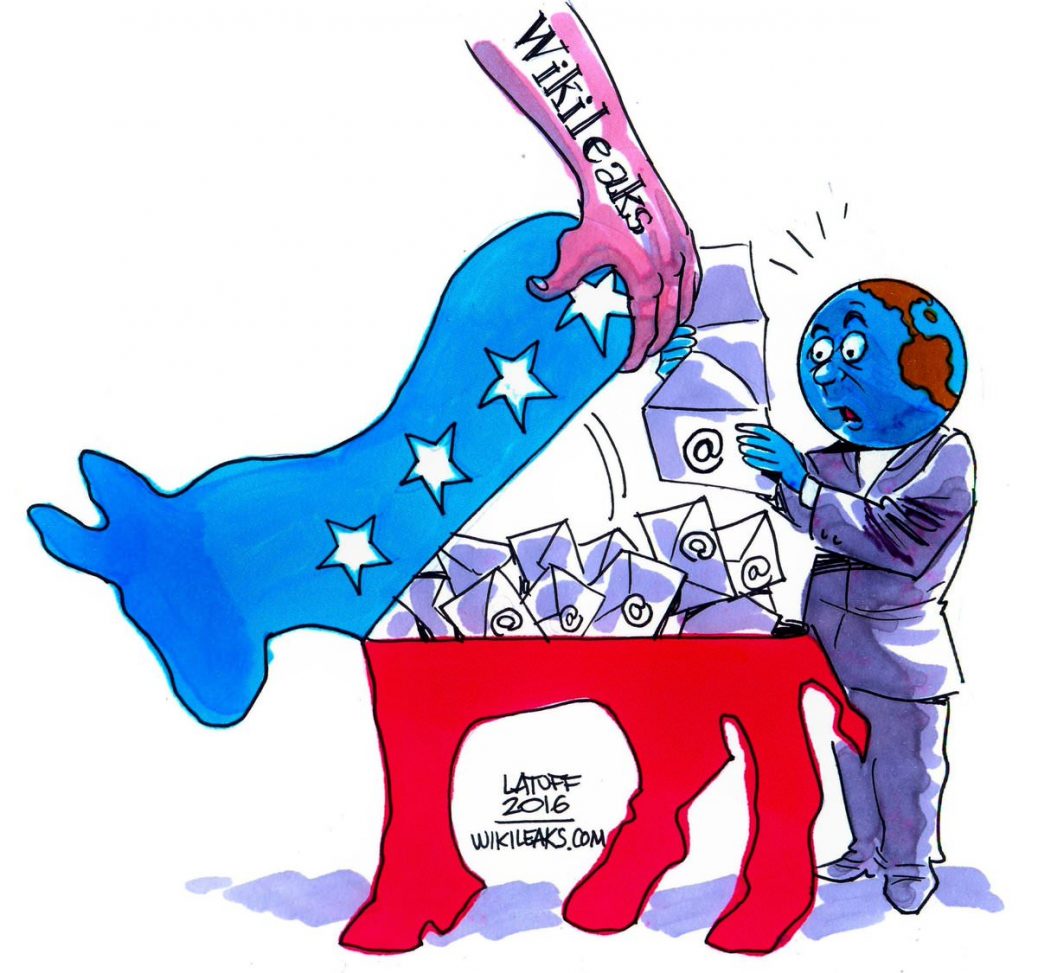 So much corruption. So many lies. So much proof. Here are the ten most damaging Wikileaks as of Friday, October 28th. This list will be updated every day with new leaks until the election on November 8th.

1. Obama lied: he knew about Hillary’s secret server and wrote to her using a pseudonym, cover-up happened (intent to destroy evidence)

“Jen you probably have more on this but it looks like POTUS just said he found out HRC was using her personal email when he saw it in the news… we need to clean this up – he has emails from her – they do not say state.gov”

“How is that not classified?” Huma Abedin to FBI when shown email between Clinton & Obama using his pseudonym. Abedin then expressed her amazement at the president’s use of a pseudonym and asked if she could have a copy of the email.”

“My dream is a hemispheric common market, with open trade and open borders”

3. Hillary Clinton took money from and supported nations that she
KNEW funded ISIS and terrorists
“…the governments of Qatar and Saudi Arabia, which are providing clandestine financial and logistic support to ISIL and other radical Sunni groups in the region.”
“Clintons should know better than to raise money from folks whose primary concern has been supporting the NIAC, a notorious supporter of the Radical Islamic Mullahs. “The Clinton’s have thrown principle out the window in exchange for cold hard cash…putting money ahead of principle.”

4. Hillary has public positions on policy and her private ones

“But If Everybody’s Watching, You Know, All Of The Back Room Discussions And The Deals, You Know, Then People Get A Little Nervous, To Say The Least. So, You Need Both A Public And A Private Position.”

5. Paying people to incite violence and unrest at Trump rallies
“Engage immigrant rights organizations. DREAMers have been bird dogging Republican presidential candidates on DACA/DAPA, but they’ve learned to respond. There’s an opportunity to bird dog and record questions about Trump’s comments and connect it to the policy.”
“It doesn’t matter what the friggin’ legal and ethics people say, we need to win this motherfucker” (from video below)
“I mean honestly, it is not hard to get some of these ass holes to pop off, it’s a matter of showing up, to want to get into the rally, in a Planned Parenthood t-shirt. Or, Trump is a Nazi, you know? You can message to draw them out, and draw them to punch you.”

“And as I’ve mentioned, we’ve all been quite content to demean government, drop civics and in general conspire to produce an unaware and compliant citizenry. The unawareness remains strong but compliance is obviously fading rapidly. This problem demands some serious, serious thinking – and not just poll driven, demographically-inspired messaging.”

[to be a Catholic is] “an amazing bastardization of the faith. They must be attracted to the systematic thought and severely backwards gender relations”
“…no one knows what the hell they’re talking about.”
“end of a middle ages dictatorship”

8. Hillary deleted her incriminating emails. State covered it up. Asked
about using White House executive privilege to hide from Congress.

“They do not plan to release anything publicly, so no posting online or anything public-facing, just to the committee.”
“That of course includes the emails Sid turned over that HRC didn’t, which will make clear to them that she didn’t have them in the first place, deleted them, or didn’t turn them over. It also includes emails that HRC had that Sid didn’t.”
“Think we should hold emails to and from potus? That’s the heart of his exec privilege. We could get them to ask for that. They may not care, but I seems like they will.”

“condition upon which the Moroccans agreed to host the meeting was her participation. If hrc was not part if it, meeting was a non-starter. CGI also wasn’t pushing for a meeting in Morocco and it wasn’t their first choice. This was HRC’s idea, our office approached the Moroccans and they 100 percent believe they are doing this at her request. The King has personally committed approx $12 million both for the endowment and to support the meeting.”
“She created this mess and she knows it… HRC said she’s still considering.”

“Needy Latinos and 1 easy call.”
“Attached is a script for a new video we’d like to use to mop up some more taco bowl engagement, and demonstrate the Trump actually isn’t trying.”