The Fist in the Face of God 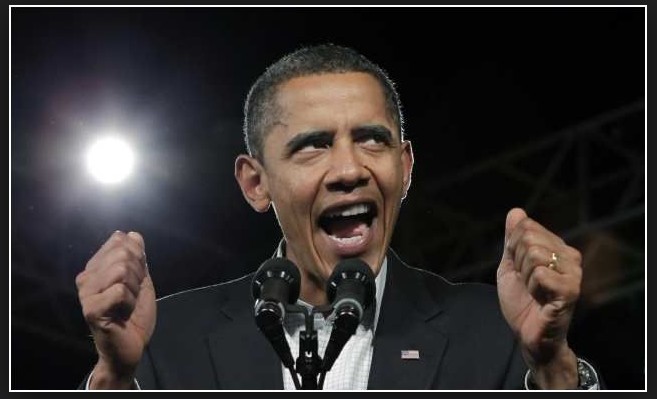 There are many tales and fables that have been used over time to illustrate the foolishness of men in positions of power. Aesop’s Fables are classics often rooted in the actions of real men at some point in time. The newest example of a man whose thinking of himself more highly than he ought is present before our faces. His belief that by a declaration of a suggestion of his that the natural is to be ignored and that which is unseemly and unnatural to replace it is the stuff of fable. But as we can see this man is the champion of the perverse, that which will be the equivalent for Christians and Jews alike of bowing down to a graven image of the King. One particular King spent seven years of his life in abject insanity, eating grass and losing all sense, crawling in the fields, filthy and reviled by those he had ruled. When he came to his senses he bowed before the true God and confessed his sin and turned from his wicked ways.

Obama is not crawling visibly in the muck and eating grass but is certainly showing the results of the rule of insanity in his expectations. We The People do not serve King Obama but rather bow the knee to the loving God of Abraham, Isaac and Jacob, His commandments and His rule.

Stand up America and do not cooperate with this perversion of the natural and protect your loved ones. Crazy people may jump off cliffs but we don’t have to follow them. Enough is enough and it is high time to let Obama know that he has gone too far and we will not obey. Support those who defy him and cease doing business with those who endanger your women and children by supporting his defiance of the natural.