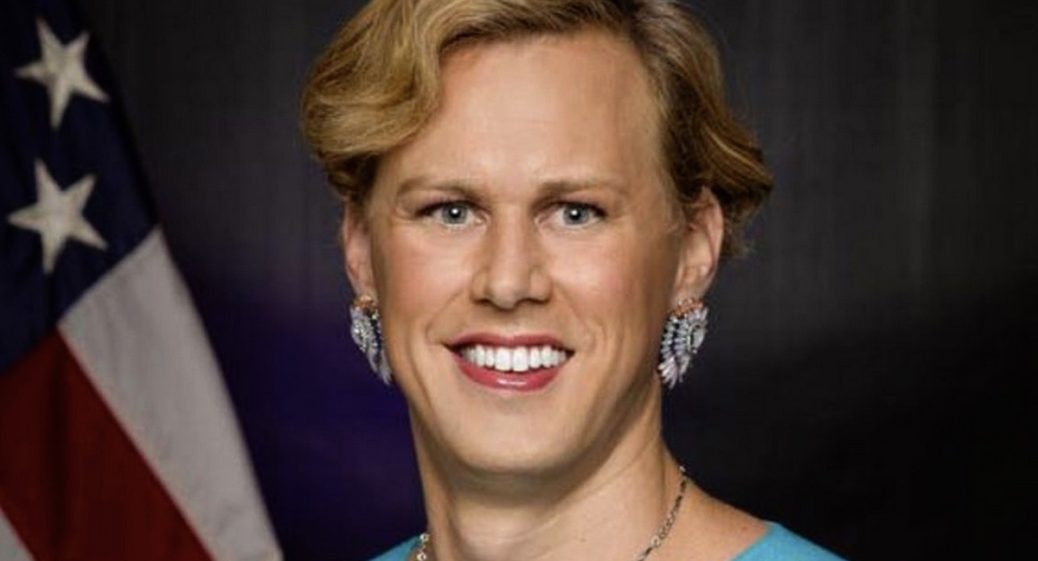 The U.S. Army’s first openly transgender officer was indicted Thursday on charges of trying to pass the confidential medical information of U.S. soldiers to the Russians.

According to the Washington Free Beacon, a federal grand jury in Baltimore indicted Jamie Lee Henry and his wife, Anna Gabrielian, on charges of conspiracy and wrongful disclosure of individually identifiable health information.

The government charges that Henry tried to pass the information to an undercover FBI agent posing as a Russian diplomat. The information reportedly contained medical records from soldiers at Fort Bragg, the home of the military’s Delta Force.

Gabrielian, an anesthesiologist at Johns Hopkins University, told the undercover agent during an Aug. 17 meeting that “she was motivated by patriotism toward Russia to provide any assistance she could to Russia, even if it meant being fired or going to jail,” according to the indictment. Gabrielian gave the undercover agent medical information on a spouse of someone who works in the Office of Naval Intelligence, and “highlighted” a medical issue that “Russia could exploit.”

Henry, a doctor at Fort Bragg, gave the undercover agent information on five patients at the military facility, according to the indictment, first reported by the Baltimore Banner.

We realize that in 2015 the defendant came out as a trans female. But given the fact the defendant identified as male today, we used that pronoun (also used in the indictment) and mentioned the prior interviews identifying as female in our update. https://t.co/ze3A2qtmD1

Lynch further noted that Henry used the pronoun “him” in court, further clarifying that he no longer claims to be transgender.