Maybe the Government is the “Real” Enemy 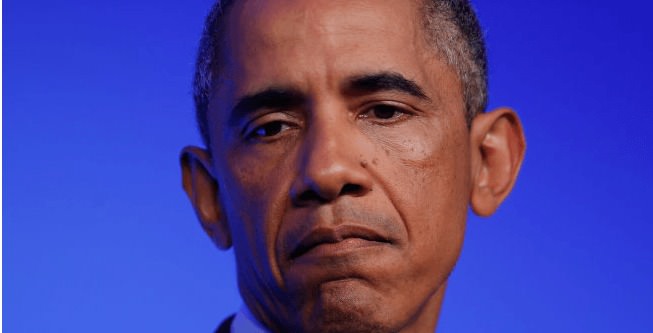 Right on cue, the Muslim-in-Chief, President Barack “Mommy-Jeans” Obama stood at the podium to address the horrific events that occurred in a gay nightclub in Orlando, Florida.

As of now, fifty people are known to be dead and another fifty-three are hospitalized, some with life threatening wounds after Omar Mateen opened fire in that crowded place.  Despite that fact that Mateen  made a 911 call pledging support for ISIS, the Usurper-in-Chief refused to say the words “Islamic terrorist” and had to force himself to call it an act of terrorism.

Instead, Obama redefined this cowardly act as a “hate crime”, an act of homophobia.  And, right on cue, he brought up his favorite subject: gun control.  He was oblivious to the fact that the shooter had a legal concealed weapons permit and a security guard license, both issued by the state of Florida.  Of course, another item missed was that Mateen was a registered Democrat, which I find ironic because, after all, according to the left, it is suppose to be conservatives who cling to their guns and Bible that do these kinds of despicable acts.

How in the hell can we protect ourselves and our families when our own government will not admit the truth?  This was a terrorist attack designed to strike fear in not only the gay community but in all of us.  Yet, the Prevaricator-in-Chief will lie and spin this disaster to meet his own personal, political agenda.  He and his sycophants, the left, are hell bent on confiscating every gun in America, leaving us all defenseless.

Maybe it is time to quit relying on our government and start relying on ourselves.  Our hearts and souls go out to those and their families involved in this horrendous deed.