The Fifth Column in the GOP 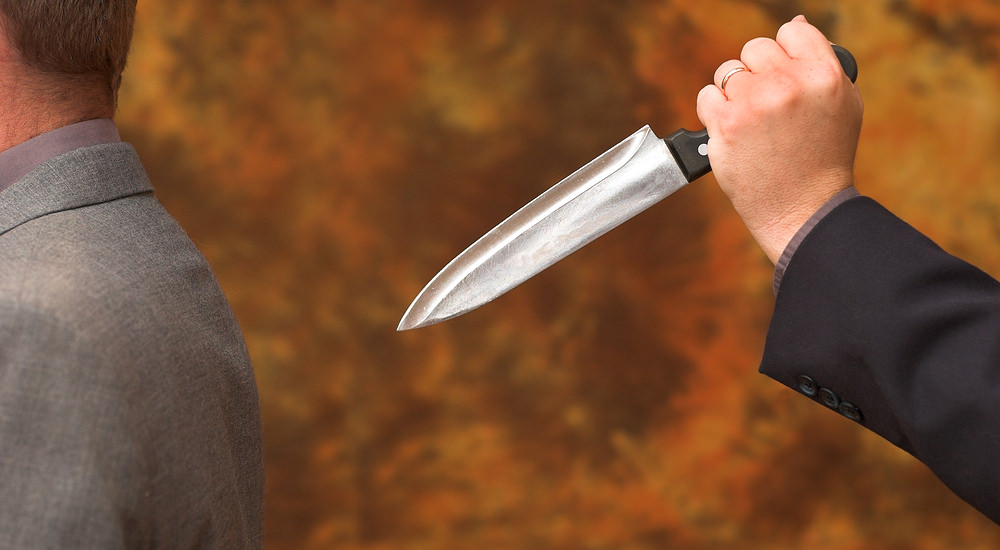 With the Presidential election now firmly on the horizon it would seem that some established politicians have realized that the people have woken up and their cozy little jobs are under threat. I am a naturalized American citizen. A former UK cop who chose to come to this country legally, and jump through the multiple hoops placed in my way by the Federal government. It took me 3 years and almost $4,000.00 to achieve this. Why was I prepared to do this?

Quite simple; England is no longer a free country. I served my country for 26 years, both in the RAF, and the Police Force. I fought for ten years as a political activist against the takeover of the UK by the EU.

The progressive cancer that is now spreading across the USA, has already established itself in the UK. Private ownership of firearms is banned. Free speech is all but extinct. The country has more CCTV surveillance pro rata, than any other country in the world. Muslim extremism has infiltrated a high number of schools which still preach Sharia Law, and there are no go areas in the large cities that are ruled by it.

In contrast, the USA offered hope and a new beginning. A look at the US Constitution showed me the land of the Free was not just a slogan, it was a reality. I remember listening to a former Brit being interviewed on a public affairs program. He was asked about the reality of the American Dream. He stated it was alive and well for those prepared to work for it. I agree, and last year I heard Dr. Ben Carson make the same point. Eight years ago, I landed in Alaska with little in the way of personal possessions, except an engagement ring for my future wife. Now we own a 19 acre farm in Kentucky, 3 cars and run a successful firearms training school. Yes, it was hard work, but I am the living proof it can be done.

However, almost immediately after I arrived, I realized that my new country was not safe from the Liberal progressivism that crushed the UK. President Obama came into office with a promise to fundamentally change America. He has gone a long way to achieving that change. The USA standing in the world has plummeted. Unemployment has rocketed, and he has achieved the amassing of more debt than all of his predecessors combined. Law and order has all but broken down in our major cities like Chicago and Los Angeles. Illegal immigrants are flooding across our open borders and are welcomed into sanctuary cities, where they are provided help, accommodation, and ID’s to facilitate their absorption into American society. Thousands use this ID to vote illegally in our elections, and attempts to block this by requiring official Identity cards or proof of citizenship are constantly struck down by liberal judges who see the US as totalitarian. Hate groups, like Black lives Matter, continually urge assassination of law enforcement officers; and in Baltimore, we see a black mayor order the police to stand down and let parts of her city burn down, so as not to alienate the black community.

America is suffering an unprecedented onslaught from the liberal forces who seek its destruction as a world power. Its citizens looked for salvation from the Republican Party, who had done little whilst in office to oppose the assaults. The 2016 campaign saw the same old tired and established politicians, once again they come to the fore and promise, that if given yet one more chance they would turn it around.

America sighed and shook its head, but then something extraordinary happened. Among the yesterday’s men, some new faces appeared; Dr. Ben Carson, probably the world’s top neurosurgeon, stepped forward by popular acclaim. Successful   Entrepreneurs like Carley Fiorina and Donald trump also stood as the voice of real change. The people awoke and rejected the policies of the old guard. All 17 Republican candidates agreed to sign a pledge that they would support the eventual nominee. A pledge insisted upon by the GOP as a way of ensuring unity.

As the Primary process rolled on, the Establishment figures such as Jeb Bush, Rand Paul, Scott Walker, Marco Rubio and Rick Perry were forced to drop out. Finally, only three remained, Donald trump, John Kasich, and Ted Cruz. By then, the American people had woken up, they voted in record numbers for the Republican Party, and in particular, for Donald Trump. He smashed all records for republican votes and massively swelled the ranks of the Republican Party. With the Democrat choice under FBI investigation for endangering national security, and under scrutiny for her mishandling of the Islamic threat that led to the death of 4 brave Americans, including our ambassador in Benghazi, it seemed that a Trump victory was all but assured. But the ugly face of the GOP suddenly moved to block him. Led by an enraged Jeb Bush, which had spent millions of dollars in a futile campaign, they began attacking him right up to the nomination. Backed by a fifth column of establishment RINOS, they organized a stop Trump at all costs campaign. Bush and Cruz refused to honor their pledge, exposing them for the hypocrites they are. Of course it made no difference. The People had made their choice, and the GOP accepted it.

Today, these fifth column assassins of democracy continue to campaign against Trump, to ensure a Clinton victory. Their personal pride far outweighs their duty to their country. And yet they still expect America to vote for Hillary and destruction, than to vote for real change. I have more faith in the American people. Once Trump is elected, it will be the responsibility of the local GOP parties to deselect these Rhinos and ensure a new Party, owing allegiance to the people, over self-interest.