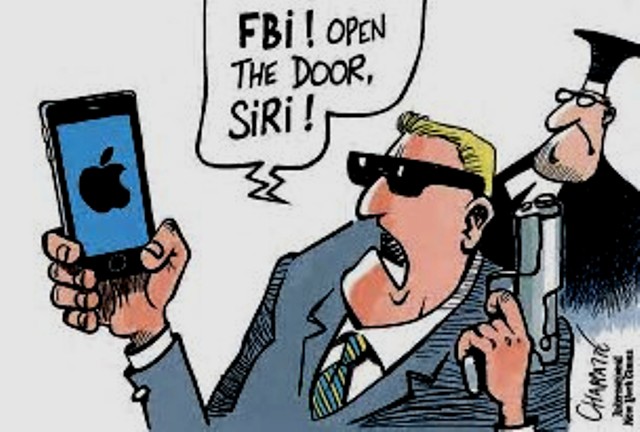 The break-in by FBI agents of the Paul Manford apartment in the Trump Tower, Manhattan should be prosecuted as an illegal entry and robbery with firearms, a very important embellishment in New York state. No court order was issued and in force. This was a crime.

Where Mr. Manford was not a suspect in a felony the FBI action was totally inappropriate, disgusting and worthy only of Gestapo, SS or KGB thugs. This is a clear indication of the way the “Establishment” wants to rule America. These people are asking for a civil war on their terms. Terms we must, and can, resist. We must put an end to them and we can begin in 2018 by throwing every in out. Every one…

If anyone breaks into my house in the night he will be carried out in pieces after my 9 mm dum-dum bullets have torn him apart. The Geneva Accords do not apply in my house. My several automatic pistols are ever within reach, loaded and need only one cycling of the action to be loaded, cocked and ready. And, every door has an independent battery-powered alarm on it that would awaken Snow White without a kiss from a prince. Cutting my power sets off all the fire alarms and one of my pistols is ever nearby. Mr. Manford should have been ready to give such a welcome.

Mr. Manford has a cause of action that should net $10 million for him and five-to-ten years for every idiot in that hit squad plus 20 years for the poop-brain that ordered the action and instead of a prison these guys should be put in a zoo on public display. This man Mueller is cut from the cloth of Heinrich Himmler and on display he would be a good example for the boys and girls of the Washington, DC public schools to see what happens to such stupid jerks.

In the case cited in our opening cartoon the FBI captured an Apple i-Phone with an encoding system for confidential messaging. The FBI did not ask for decoding of this one machine, but a system that would enable them to decode any such message on any Apple phone. Apple rightly refused as this would give the FBI tools that only a evil regime would want to have. They flashed their cards prematurely as more people are paying attention now than ever and we hope more will join the watchers. America is in the balance.

We are also dealing with the invasion of the Muslims, setting up little caliphates, insisting Sharia Law should prevail therein. They intend to attack us from within. This war will not be fought on battlefields, but our doorsteps with every form of domestic terrorism they can contrive. After 1400 years of inbreeding they have created 800 million men and a high percentage of human drones with IQ’s of 70, perfect suicide bombers who will believe they will get 70 palaces, each equipped with a waiting virgin. What a nightmare, but if you are drooling mass of erect human excrement you are going think that is great idea.

Somebody has to be making this up. I cannot believe this many people with as much power as they have are this stupid only to be followed by the masses with thousands willing to risk arrest and conviction for the destruction of private and public property, harm to innocent people, resisting arrest, attacking a peace officer and not consider losing academic and employment opportunities forever, be sentenced to short lives of mind-numbing, back-breaking labor in return for expressing their hatred of someone they do not know or understand! What kind of political party promotes such inappropriate emotion and action?