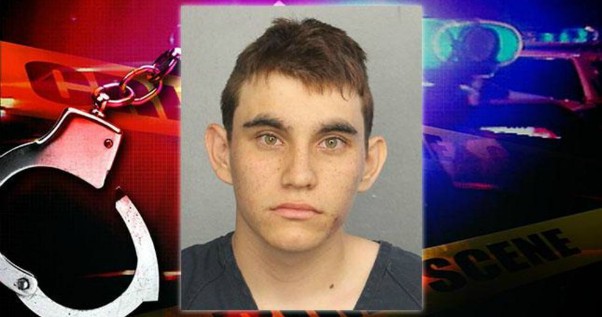 Nikolas Cruz was known to the students at Parkland High School to be violent. Troubled. Deeply disturbed.

Cruz repeatedly returned acts of friendship with acts of hostility.

Despite being given every opportunity a child could hope for by his adoptive parents, Lynda and Roger Cruz, young Nikolas Cruz remained deeply troubled.

After his adoptive father died, Cruz was cared for by his adoptive mother to a degree many young Americans would cherish. But, there is clear evidence that care was rewarded with rage and violence.

Sadly, as is far too common, his violence and anger was shielded and consequently facilitated by his mother Lynda who seemed incapable of being honest with herself about his deeply-disturbed nature. Her denial may well have cost 17 lives.

When neighborhood schoolmates, neighbors, and police responding to complaints told her about his violent acts, Lynda Cruz repeatedly denied he had committed any acts of hostility.

Lynda Cruz was in denial that her adoptive son Nikolas could have done such things.

Instead of holding Cruz responsible for his actions by recognizing the danger he posed to others and seeking professional treatment for his rage, Cruz was enabled.

No mention whether Lynda Cruz ever tried faith in God to help her and her adopted children.

In his online posts, it is clear that Nikolas had contempt for anything religious.

Yet there is no more powerful force to help a troubled, disturbed youth like Nikolas, than a strong faith in God. Such faith can repair the broken moral, ethical, and compassionate compass misguiding the lives of deeply-disturbed teenagers. All young Cruz needed was a good compass to point him in the right direction and a willingness to follow that direction, a willingness that parents should instill in their children.

Parkland High School students and teachers knew of Cruz’s violent nature. They knew he spoke of committing terrible acts against animals, acts that seemed to give Cruz pleasure. No normal human being commits such acts. They are the behavior of someone completely devoid of empathy. They are acts of a dangerous and very sick individual.

Nikolas Cruz told the world by his actions that he was deeply disturbed.

His actions led to his expulsion from school. Yet no further action was taken by adults who knew of his violent nature.

Then, after Lynda Cruz died last November, Nikolas asked a former schoolmate (at another school) whether he could move in with his family. He was taken in by the parents of his former schoolmate, kind and generous people who were unaware of his violent disturbed nature.

The family chalked up Cruz’s depressive mood to the loss of his parents and the home life he knew. Little did they know.

Facilitated and emboldened by the lack of any action by responsible adults who did know enough about Cruz to have taken proper action to protect society from him, Nikolas Cruz told the world in a comment over the internet, “Im going to be a professional school shooter”. This was several months before he lost his adoptive mother to pneumonia, so the comment cannot be excused as an act of depression in response to the loss of his mother.

Yet, the FBI took no effective action pursuant to this clear warning sign.

Evidently, the FBI did not interview students or teachers at Parkland High School.

Evidently, the FBI did not interview former neighbors who filed police complaints against Cruz.

Evidently, the FBI did not interview police to learn of the violent nature of Cruz’s actions.

Evidently, the FBI did not investigate Cruz’s gun purchases.

Had the FBI conducted even the most superficial investigation, they could have connected the dots.

But they did not. They didn’t examine a single dot.

The excuses paraded by former FBI officials on TV news channels are insulting and abhorrent and, quite frankly, bovine excrement.

So 17 innocent lives were lost and a deeply-troubled teenager’s life has been irreparably ruined. All because the FBI could not focus on their primary obligation. To protect innocent lives.

Meanwhile, back in the Swamp, high echelon officials of the FBI were continuing their egregious criminal acts on behalf of a criminal candidate for President using illicitly-obtained fake documents from Russian sources in a desperate attempt to unseat the duly-elected President.

The FBI needs a complete overhaul, as does the Department of Justice (starting with the current Attorney General who fiddles while Rome burns), the Department of State, the IRS and a host of other agencies including top intelligence gathering agencies who have been turned into a fifth-column for partisan Democrat Party power-lust.

People need to be held accountable.

Criminal acts need to be punished by serious jail time.

If this nation does not begin to accept responsibility for its actions as individuals and elected officials, then there is no future for this nation.

Failure to severely and swiftly (paying attention, AG Sessions?) punish those who committed criminal acts in support of partisan political objectives, is a crime itself.

The people need to demand not only proper action by their elected officials, they need to demand it of themselves and those in Washington who populate the various federal agencies entrusted to faithfully execute their sworn duties.

No more FBI bovine excrement. We’re getting enough of that from a manic-media, a corrupt Congress, and a criminal federal bureaucracy.