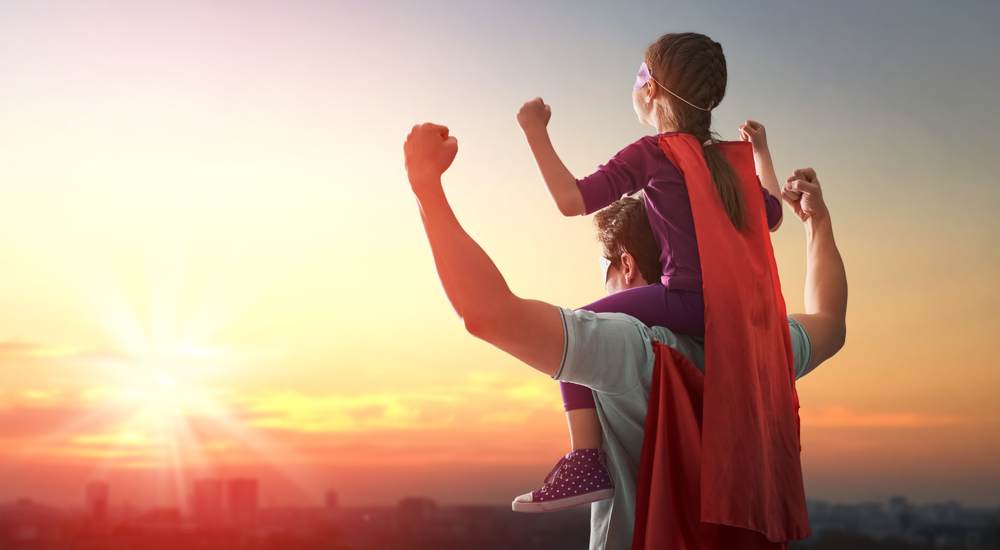 Anyone can be a father. But not everyone can be a dad. Be sure to acknowledge those step dads fully, even a neighbor that became like a dad to you when you did not have one.
My biological father was a handsome man who would stand in front of a mirror and exclaim: “I know I’m the type that women go for.”  When I appeared on the scene, it damaged his persona as a ‘ladies man.’  So he split, breaking my mother’s heart.  She picked us up in her car and drove from Texas, through storms and some flooded roads to get to Evansville, Indiana which is right next to Kentucky where we had relatives.
Being a single mom was not easy, especially amongst holier than thou people who felt that anyone divorced was trash.  She took a job as a secretary with Southern Indiana Gas and Electric Company (SIG&E). She worked hard and every penny she earned was spoken for the moment she got a paycheck.
A lineman named, Harry T. Maddox came through the office, saw my mother, and they began to talk. He was different from my father. He was not handsome but a very plain looking everyday working man, but he exhibited stability not often seen. My mother saw right away that she could trust him.  Being a single woman with a child,  was a tricky spot to be in. Every man, it seemed, had an angle, that angle being, themselves.
My mother told me of Archie, a very handsome man who wanted to marry her…”indeed, he had a lot of money and owned his own airplane,” she gushed, “but, he didn’t want you,” she explained. This was the story of other men as well. I wondered what was wrong with me when so many people did not want me around.
Harry Maddox was an entirely different man (thank God) than anyone Mom had ever met.  They went out on a date. He proved to be a solid, loving man, who wanted to meet me right away. He brought me a balloon.  When my mother went to the pastor of the church we attended every week to ask him to do the wedding, he refused! After all, it would be a sin to marry someone who was divorced!
That divorce was not my mother’s fault, for corn’s sake. It was her husband who had walked out on the marriage because of my birth, not anything my mother had done. In all fairness, that minister, I believe, regretted that decision for the rest of his life.
My mother married him in a clerk’s office in Kentucky, he became my stepdad, and life immediately improved.  In fact, he legally adopted me where the Maddox name became my identity. Yes, he wanted me and my mother.  He went to church every Sunday faithfully. He was sincere towards God.  It is to be noted that we always lived in the very best neighborhoods and always had a very nice house to live in. This was possible since none of us had any habits such as gambling, womanizing, drugs or drinking. Indeed there was never alcohol in the house during my entire childhood and adulthood. So we could live well on his salary.
Dad was a man whose word was his bond. He always without hesitation paid what he owed. And he loved my mother fiercely. That included me too.  And what a good example he set for me. Everybody liked him and best of all respected him.  How fortunate that I had this wonderful dad in my life as an example.
And by the way, it is to be noted that when my dad passed away, we found over a hundred love notes he had written and left for my mother.  Never have I seen love described so vividly and deeply as in those notes. His very sincere love was something I wish everyone had.  I would take this plain looking man any day over my handsome biological father. He was a Prince–not my father but my stepfather.
Readers, My family joins me in Wishing you all a very Happy Father’s Day!!  And don’t forget those Step Dads who loved you or that neighbor man who was always there to fix a wagon or any broken toys.  I include my personal greetings to all of you out there. Thank You!