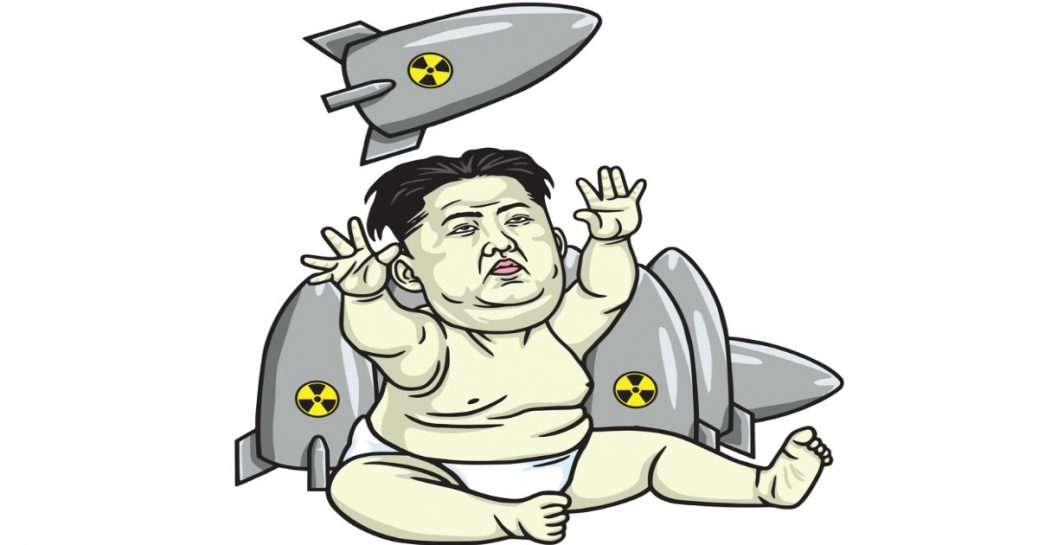 After Kim Jong-un tested his hydrogen bomb, everything in the world went just as we could expect. Someone started saber-rattling, and someone insisted that the problem of nuclear North Korea cannot be solved by military means under any circumstances.

Both use very serious arguments. Those who support appeasement of Kim quite reasonably note that the capital of South Korea, with its 25 million population, is at an artillery salvo distance from the border with North Korea. Even a limited volley from the north will lead to hundreds of thousands of civilian casualties. Supporters of a massive blow to North Korea argue that it is better to have thousands of casualties among Koreans than to wait until the hydrogen bomb explodes over San Francisco, and Americans become the victims.

Both sides have numerous supporters in the highest echelons of power in Washington.

Meanwhile, Fat Kim does not present a threat to the United States at present. Fat Kim is a threat to President Trump.

Fat Kim is not a dumb bump. He’s just one of the players in the next political show of the Axis countries. The North Korean crisis allows others hostile to America countries such as Iran, Russia, and Syria (i.e. Axis countries) to check Trump’s resolve. China is not a member of this Axis, but it watches Trump with great pleasure as he tries to get out of this entrapment.

The Axis countries are waiting for Trump’s move. A standard geopolitical analysis shows that there are many options for Trump, but they all range from bad to very bad.

It’s time for Trump to make an unconventional move. A move that no one expects.

It is better not to increase the US military potential in the region. On the contrary, it is better to completely withdraw all American troops from both South Korea and Japan.

But American troops need to be relocated not into the continental US, but to Taiwan.

This move by Trump will make China stop playing the role of an outside observer. China will be faced with a choice – either China joins Trump on this issue, or she will never get back Taiwan, where the headquarters of the 7th US Navy Fleet will now be located.

Of course, America’s allies in the region, Japan and South Korea, in the face of the withdrawal of US troops, will quite justifiably demand new guarantees of protection from the US government. America should renew its Lend-Lease program from the Second World War, and lease over to Japan and South Korea, for a term of 99 years, all the nuclear weapons that they will ask for. The military budgets of these countries will skyrocket. China’s inaction towards the Fat Kim regime will lead to the fact that in addition, China will get two unfriendly nuclear powers armed to the teeth at their own border.

If Trump adds to this the ban on trade with all countries that have trade relations with North Korea, then China, with four fifths of its economy dependent on the US market, will suffer the most.

There is every reason to believe that China will make a reasonable choice. Most likely, she will do this much earlier than the first transport from Japan with the US Marine Corps docks in Taipei. It is unreasonable to assume that China does not have a well-conceived plan for rapid regime change in North Korea.

If wisdom escapes the Chinese communists, then as the icing on the cake, they will get a united Korea at their side. Capitalistic. And nuclear.