The Fascist History of the European Union 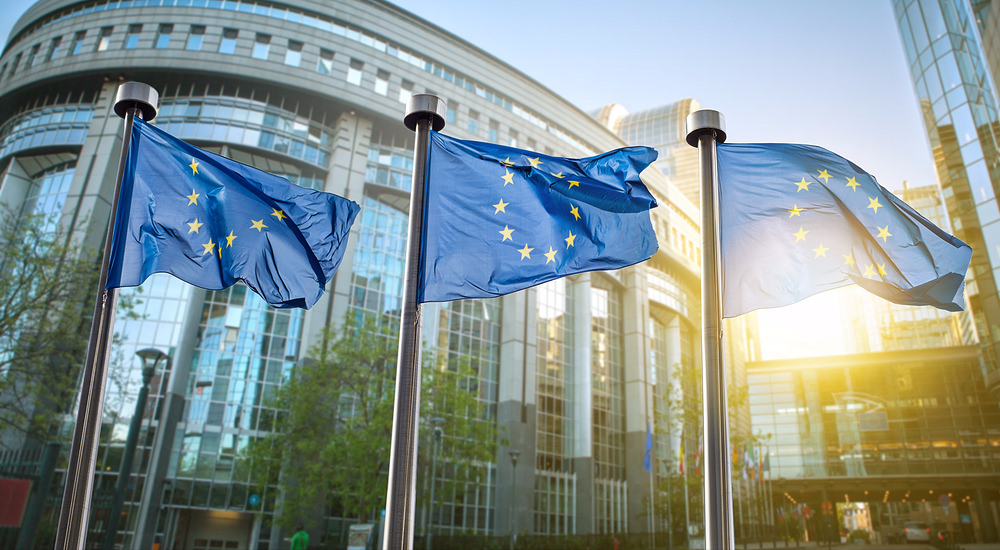 Most of what you learned from orthodox history schooling is flat out wrong. Add into this indoctrination, the movie accounts that portray the reasons and motivations about the conflict during World War II. Especially, the European theater which has been obfuscated in scores of books and political analysis, mislead and distort the facts. All the efforts to chastise the NAZI regime profoundly ignore the true end results of the German surrender. To the victors belongs the descriptive end account of the narrative. Yet, when you peel back the onion, the tears that are exposed carry forward well into the next millennium.

Often the comparison of Napoleon’s dream of a unified Europe ruled by France with Hitler’s boast of a thousand year Reich implies that both lusted for dominance across the continent. Events bear out that both brought carnage, while failing to win the political outcome. Neither was able to implement their plan for integration, but with the unconditional surrender to the Allies, the National Socialist dream actually began to be implemented in a distinctive corporatist form.

However, the lineage of The Dark Roots of the “Brussels EU” is most revealing and shocking.

“This article highlights the birth place of the “Brussels EU” on the drawing boards of the Nazi/IG Farben-coalition for a post-war Europe under their control. It is an excerpt of the speech by Dr. Rath on the occasion of receiving the “Relay of Life” award from survivors of the Auschwitz concentration camp.”

Stripped out of the plot, was the ultimate goal that would eliminate any semblance of national identity. Global control always is founded upon the need to eradicate as much of cultural distinctiveness as a path to eliminate national sovereignty.

The Nazi-Fascist Origins of the EU Superstate is described in 2008 by the “director of the Freenations website Rodney Atkinson — former British Ministerial Adviser, author, and lecturer at University of Mainz in Germany.” The following excerpt sums up nicely the reality of what happened over the last seven decades.

“There has been a coup against the people of Britain and those nation-states of Europe which were liberated from Fascism in 1945 and from Communism in 1989. This has been a coup against the sovereignty of the voters, the very definition of democracy. Those who sought to destroy democratic sovereignty knew they could not succeed if they were open about their intentions. And they could not succeed if they attempted their coup within one democratic system. They therefore acted behind the democratic system and across national borders. They established in the European Union a bureaucratic corporatist state so monolithic that most can be intimidated into silence by the very size of the project, and emasculated by the necessary remoteness of the powers involved.

The plans for this essentially fascist process were laid and carried out by, among others, many leading Nazis and Fascists after the second world war, and realized in the European Union today. The fact that many naïve constructors of today’s Europe had good intentions does not mitigate the fact that they have summoned up the hated regimes of the fascist past and created structures built on the ashes of democratic nationhood, all of which coincides with the plans of the very European fascists they thought they were expunging.

Now that their hitherto secret aim of turning the democratic nation-states of Europe into a gigantic corporatist empire is imminent, the new dictators have grown bold. Now they can act as if the voters do not exist, for they know the voters have no power. Although the European Constitution was thrown out comprehensively by the people of France and the Netherlands, it has been reintroduced in the form of the so-called Lisbon Treaty, and EU governments have been intimidated into avoiding referenda of their peoples. Having blocked such referenda, the European Commission had the unmitigated gall to launch a new initiative under the heading “Debate Europe: Giving Citizens a Voice.”

Now if you want to dismiss this assessment out of hand and have the patience of a careerist technocrat, the Fact Sheets on the European Union looks at the Legal basis, the objectives and the Main principles of the EU. Also, the public relations of The history of the European Union is provided in this establishment account of the prize from WWII.

Step back and reflect on the actual success from this European Union? Is Europe still a cradle of Western Civilization or has it become a cauldron of a globalist toxic stew? The answer should not be difficult to arrive at for anyone who has the integrity and honesty to admit the truth about a world in turmoil.

Peter Koenig asks in his essay, The Collapse of the European Union: Return to National Sovereignty and to Happy Europeans? His initial comment is dead on.

“Imagine – the European Union was to collapse tomorrow – or any day soon for that matter. Europeans would dance in the streets. The EU has become a sheer pothole of fear and terror: Economic sanctions – punishment, mounting militarization, the abolition of civil rights for most Europeans. A group of unelected technocrats, representing 28 countries, many of them unfit to serve in their own countries’ political system, but connected well enough to get a plum job in Brussels – are deciding the future of Europe. In small groups and often in secret chambers they decide the future of Europe.”

If the NAZI juggernaut crushed the Soviet Communists and made a settlement with England, do you really believe that the same Bilderberg globalists would be administrating the continent much differently from the elites who run the EU today? Certainly that famous German efficiency might be lost, but the end result is that the swastika just looks different with gold stars on a blue background flag.

If saving democracy was the objective of waging war against Hitler, then by the way the EU runs their confederation, victory had a much higher price to be paid decades later.

All you need to know about the proof behind this assertion is to examine the efforts behind the current New World Order Desperation: the Brexit Fixit Psyop.

“Britain exiting the EU would be a nightmare for the NWO. Today they showed us how far they will go to prevent a potential “Brexit”.  All the way, whatever it takes. They have now turned things into a “hot war”, pitting the will of the people, against the crush of power. Today’s psyop was as easy as it was obvious. But if British people are still feisty—even waking up to their EU shackles, this little victory by the EU/NWO might be Pyrrhic. The whole Brexit war has planted the will of the people against the perpetuation of power shackles over the people.”

Even if the Brits vote to leave the EU, do not be surprised when the results will be ignored by Parliament. There is an incredible theory that a Brexit won’t actually happen even if the public votes for it exposes the actual tyranny that the EU represents.

“A really crucial detail about the upcoming EU referendum has gone virtually unmentioned and it is probably the most crucial detail: Parliament doesn’t actually have to bring Britain out of the EU if the public votes for it.

That is because the result of June 23 referendum on Britain’s EU membership is not legally binding. Instead, it is merely advisory, and, in theory, could be totally ignored by UK.”

Just think how a NAZI bureaucrat would administer their fascist policies that favor the hegemony of the German industrial Reich. Following the sentiments of the people was never part of the triumph or the will for the Fuhrer. Seemingly not much has changed under the authoritarianism of Brussels that UK MP’s may follow.

When the style of the despotism changes, while the substance of the end objectives remains the same, it is time to admit that individual European nations were the definite losers in the staged wars that only advance globalism.

As hard as it is to accept by docile yet confused patriots, the national origins of European countries are in danger of survival from the continued existence of the European Union. The prospects of internal political resistance have never been better from the gains in support of the likes of Marine Le Pen in France and Norbert Hofer from Austria. Thus, the gates of the EU are becoming more assailable than the flood from illegal infiltrators.

The designs of the transnational elites have remained the same. The EU is a miserable failure when judged in terms of protecting national identity. It is time to unwind this system of fascist unilateralism that treats citizens as a useless inconvenience to the unelected privileged cabal of globalism.

The European Union has become the heritage of all that was wrong that came out of World War II. End it now before WWIII becomes the final result of its arrogance.