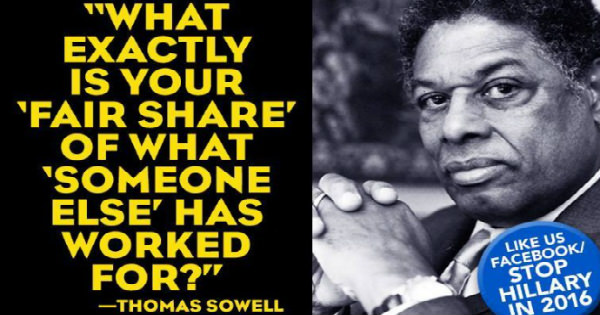 America must always push back at the greed of tyrants who believe in elitism, want to govern by fascism, and do not understand how they could truly marry both a socialistic and a conservative agenda that will assist the American worker and the American entrepreneur to become successful.

I as well share with many, your relief of seeing Obama leave, but I had told the world 9 years ago they were making a mistake.

For 18 months I have been telling America, that we are making another, even more, the severe mistake by electing Donald. Tell me, what is Donald’s idea of conservatism? Does he offer solutions that push programs and departments back to states, or enlarge federal control?

Does Donald offer the state the opportunity to create a child care/elderly care program or does he have his eyes on more tax deductions? That is federal control and picks the poor from the rich is it not?

Has Donald ever pushed to hire foreign workers using H1B and H2B programs and who lost jobs due to that program? Donald just announced lately of Icahn as a potential cabinet member. What is Icahn known for in Europe? Ms. Devos, what is her experience in education, and where did her billions come from? Does she have more or less $$$ than Donald?

Sessions believes in eminent domain, but what sets his ideas of ED apart from many who believe in progress vs ED? I ask these because if you are not aware of these things, then how are you honestly capable of having an intellectual conversation comparing Donald’s style of governing to any other person as President?

The definition of socialism varies widely, but it can be described as an economic system between communism and capitalism. Like communism, socialism seeks to redistribute the wealth more equitably by the communal ownership of natural resources and major industries, such as banking and public utilities. It also offers the free enterprise with many regulations and controls to own a business, with extremely high-income taxation, while everyone sees high prices on common goods like bread and milk, while only the rich kleptocrats are the only individuals who can afford real health care and a true full life-span. This system usually puts the poor directly in conflict with the rich, and where daily life controls are placed upon people such as where to live, what their careers will be, whom they will marry, if and how many children they are allotted, and the removal of most “unwanteds”.

Conservatism (or conservativism) is any political philosophy that favors tradition (in the sense of various religious, cultural, or nationally defined beliefs and customs) in the face of external f

orces for change, and is critical of proposals for radical social change. Conservatism stands on a foundation of a long term tested Constitution, relying completely on a capitalistic style economy, where one has the freedom to pursue their dreams and aspirations. This system usually is flawed in that it is slow to move when an extensive need to facilitate change for the betterment of a majority of people needs to be made.

While there can be an educated debate from either side of this issue, the best argument is a combination of both socialism and conservatism working like a well-oiled machine to create strong liberty principles, with the ability to move quickly to change in times of much-needed change. Some of these changes could be in the area of Country homeland security, Equal rights that transcend racism, religious beliefs, sexual orientation, to being able to positively provide for the elderly in a manner that is not one of contempt but in the later years being incontrovertibly positive.

We also need to severe ties to the horrendous controlled appetite for regulation that impedes competition, invention, and job creation. The government needs to be maneuvered more closely to that of a business in the matter of self-awareness of successes compared to failures, and a program to the rehabilitation of failures. As the cost increase, then the size of government on the federal and even state levels needs to decrease their size, and stop an automatic pay increase, but one of merit and results based.

We can marriage the two philosophies easily to create a more open, more reactive government where the citizen is at the center of the personal controls, and the governments are utilized to protect the homeland on a federal level while state is protecting militias, family safety nets, environmental concerns, employee safety and protection from abuse, and other individual state concerns.

When America realizes that each individual is their natural boss of their elected officials, then both Socialism and Constitutional Conservatism can exchange their vows and make America more free, less burdensome, less division, and more unifying in creating a better future for every Child and Grandchild…..