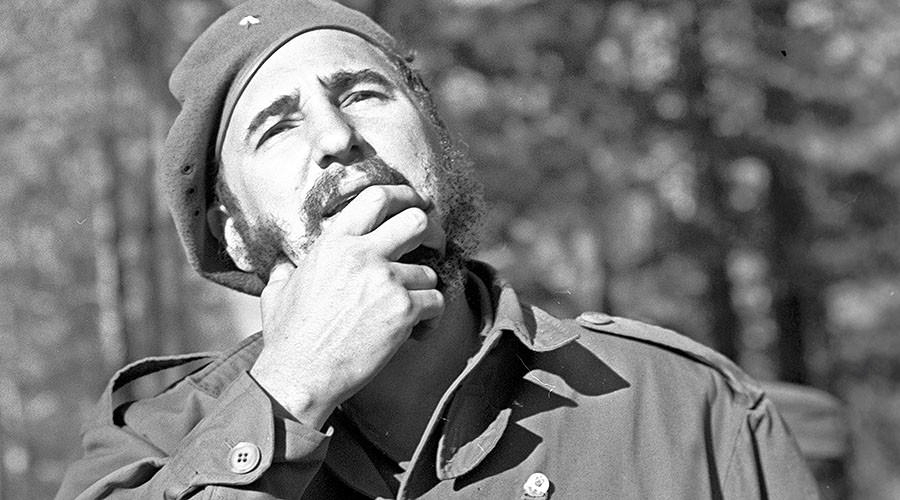 Fidel Castro is dead at the age of 90. After a lifetime of murder and Communist domination over the island of Cuba, the Cuban people are finally free from his oppressive rule. Despite committing crimes against humanity for over 50 years, a long list of liberal fan-boys have promoted Castro as a champion of the people despite the oppression of his people, imprisonment of journalists, and hatred of freedom.

The following is a list of a few of Castro’s biggest American fans:

Sean Penn. The liberal actor interviewed Castro on numerous occassions and developed an unhealthy affinity for the Communist dictator. In his interview, Penn described Castro as a hero who possessed:

“The agility of a young man who exercises every day, his eyes are bright and his voice is strong.”

Steven Speilberg. The Hollywood director has celebrated Cuban “freedom” on multiple occassions with Fidel Castro, most notably when he attended a Cuban film festival with Castro. Speilberg described his time with Castro as:

“The best seven hours I’ve ever spent was actually with Fidel Castro.”

“A ‘genius’ during a visit to Cuba and said Fidel was a ‘humanist like President Clinton.”

Chevy Chase. The classic comedian wasn’t joking when he said:

Oliver Stone. The perhaps insane Hollywood director directed a documentary called “Commandante” about the Communist murderer which flattered the dictator and was used as anti-American propaganda by the Communist regime. Stone called Castro:

“Selfless and very moral who will be remembered as one of the world’s wisest men.”

Ted Turner. The one time media mogul now evidently insane liberal met with Castro and developed a strong affinity for Castro. After meeting Castro in Cuba he claimed Fidel wasn’t a Communist and really was a “misunderstood dictator”. During an interview with Bill O’Reilly on Fox News that he:

“I admire Castro because he trained a lot of doctors and they’ve got one of the best educational systems in the developing world. And you know, he’s still popular with a lot of people down there.”

Sure he is guys. We are sure that the families of the Cubans Castro murdered, imprisoned, and oppressed would agree with all of your liberal lunacy. Maybe we need to find another island for these liberal loons, and the rest of their friends, to take their insanity.