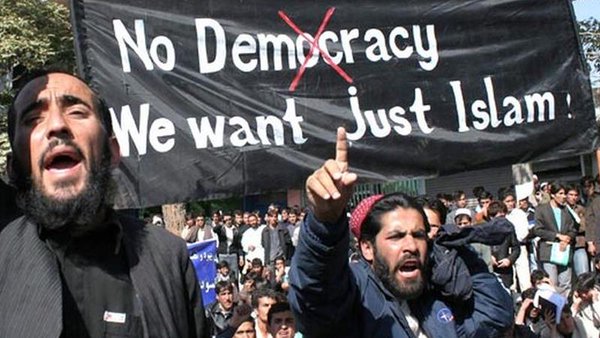 Yesterday Salon.com reported that a letter was sent to three California Mosques threatening violence against Muslims.

The letter, addressed to “the children of Satan,” begins by describing “You Muslims” as being “vile and filthy people,” but, “your day of reckoning has arrived. There’s a new sheriff in town – Donald Trump,” and he will “cleanse America and make it shine again. And, he’s going to start with you Muslims.” It is signed by “Americans for A Better Way.”

These are indeed some serious threats – so serious that the police, the FBI or other law enforcement should have been the first to be notified. This would the logical approach after receiving such a menacing correspondence. You would think so, but no.

Like the Clock-boy in Texas, the first party notified was the Council on American-Islamic Relations (CAIR). And as I explained early on regarding that incident – here too, I smell a set-up. You may review my first two articles on the Clock-boy here and here.

Salon.com called CAIR a civil rights group, but we know better. They are in fact an America-hating, Sharia loving, front group for

the Muslim Brotherhood and supporter of the Islamic terror gang, Hamas. They are the antithesis of a civil or human rights group.

Still, Al Jazeera reports that “CAIR has tallied more than 100 incidents targeting Muslims in the US since Trump was elected.”

To be sure, there does seem to be a spike in anti-Muslim hate claims, but quite often, particularly when CAIR is involved, the “incidences” turn out to be faked. And this makes perfect sense, as it is part of phase three of the Muslim Brotherhood’s “five step program” to achieve domination.

But really, it’s not just CAIR, nor just Muslims. Anyone and everyone opposed to Trump is being said to be targeted, and most turn out to be bold-faced lies.

Reason.com has cataloged a few here, involving homosexuals, transgenders (guys who like to pretend they are women), blacks, Muslims, Jews – you name it. All have been proved to by fabrications.

Which is why I feel pretty confident that this will turn out to also be, although CAIR is sophisticated enough to be able to quietly squelch the story is looks like they will be discovered to be the fraudsters, or at least complicit. In other words, if the story just seems to fade away with little fan-fare, we will know the actual truth was close to surfacing.