The Fake ‘People of Palestine’ 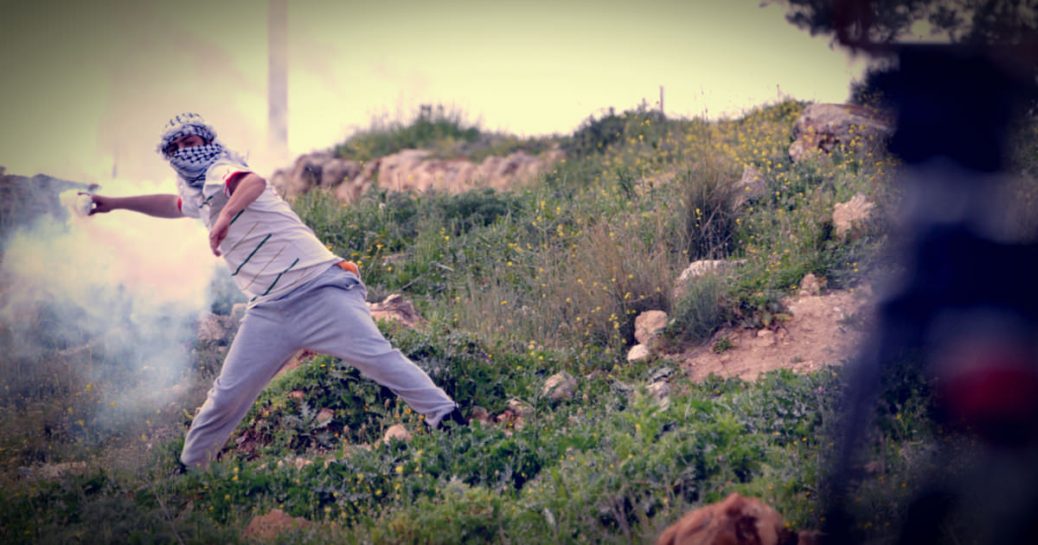 I originally published this article on October 30, 2017 and as with my other Looking at the NEWS articles, it is designed to make people T-H-I-N-K! Unfortunately people on the far left seem only to be able to EMOTE; a process that seems to have its source in the deep and unhappy recesses of their childhood past.

The original title is Catalonia, Beersheba, The Ottomans, Tibetans and Palestinians and I commenced the article with the question: “What do the words in the title of this article have in common? You don’t know? Well I guess I will have to spell it out for you. The thing they have in common is ‘The Hypocrisy of Liberal Progressivism!‘”

On October 31st 1917 an event called The charge of the 4th Light Horse Brigade at Beersheba occurred. In an article published in 2007 by Robyn Van-Dyk the following statements were made about this event:

The battle of Beersheba took place on 31 October 1917 as part of the wider British offensive collectively known as the third Battle of Gaza. The final phase of this all day battle was the famous mounted charge of the 4th Light Horse Brigade. Commencing at dusk, members of the brigade stormed through the Turkish defences and seized the strategic town of Beersheba. The capture of Beersheba enabled British Empire forces to break the Ottoman line near Gaza on 7 November and advance into Palestine.

If you read about Beersheba at Wikipedia you will discover the following:

With an ancient history, and long used as a bedouin encampment, the modern history of Beersheva began at the start of the 20th century when a permanent settlement was established by the Ottoman Turks

The significance of the two statements is that Beersheba (a part of modern day Israel) belonged to the Ottoman Turks who were defeated by the British under Edmund Allenby, 1st Viscount Allenby (Wikipedia) who was also responsible for taking posession of Jerusalem.

The charge of the Australian Light Horse completed their defeat” – Allenby His force captured the water supply there, and was able to push onward through the desert. His force pushed northwards towards Jerusalem. “Favoured by a continuance of fine weather, preparation for a fresh advance against the Turkish positions… of Jerusalem proceeded rapidly” – Allenby The Ottomans were beaten at Junction Station (10–14 November), and retreated out of Jerusalem, which was on 9 December 1917.

The end result of these achievments is the establishment of the modern state of Israel. To quote Caroline Glick (Oct 29, 2017) in Balfour’s greatest of gifts

…on November 2, 1917, Arthur Balfour, foreign secretary of Great Britain, detonated a bomb whose aftershocks are still being felt in Britain and worldwide. That day, Balfour issued a letter to Lord Walter Rothschild, the leader of the British Jewish community. The letter, which quickly became known as the Balfour Declaration, effectively announced the British Empire supported an end of the Jewish people’s 1,800-year exile and its return to history, as a free nation in its homeland – the Land of Israel.

Today the general public – otherwise known as ignorant people who respond to emotional appeals, political correctness and other forms of mass hysteria – actually believe that the Jews invaded Palestine and stole the land from the Palestinians. As you can see from the foregoing, Palestine was a geographically named area under the control of the Ottoman Turks against whom many Arabs also fought.

Today’s liberal progressives jump up and down throwing hissy fits in support of the displaced Palestinians (most of whom arrived from other countries at the end of the 19th Century and the beginning of the 20th Century), and they scream against Israel’s right to sovereignty whilst fully supporting Palestinian Sovereignty and it is this point which brings me to something I wrote on October 3rd 2017 in “Looking at the NEWS No. 7”. I ended that article with an odd item – given what had gone before it. I pointed out that this item had special significance. The article was about the Catalonia Independence Referendum.

After quoting from an article about the referendum I asked the following three questions.

1. If the [Catalonian] referendum was illegal, why bother sending in the [Spanish] troops?

My point was that any decision made as a result of an illegal referendum would have been invalid and therefore could easily have been disregarded. Unfortunately the Spanish Government decided to become heavy handed. And isn’t this the way in our 21st century enlightened societies. If we don’t like what someone is doing then metaphorically or literally we find it necessary to bash them over the head. Had the Chinese Government done the same thing in relation to one of its provinces, the whole world would have been up in arms about it. And that very point led me to my next question.

2. If you try to prevent [or support the prevention of] this autonomous [Catalonia] region from secession, do you justify Beijing’s attitude toward several of its provinces?

How can you support oppression of one set of people who seek independence and nationhood in their own right BUT NOT support another? This concept was what led me to my third question.

3. If you support the right of a people to have their own nation, do you not justify the existence of Israel?

This is quite a relevant question in view of the sometimes absolute (non-semitic of course) hatred of and opposition to the Israeli Government who quite clearly (if you hate them) are responsible for all the terrorism in the Middle East because they will not let the Palestinians have independence.

The difference between Catalonia and Tibet on the one hand and the Palestinians on the other, is that neither Catalonia nor Tibet have called for, nor stated their desire for the destruction of Spain or China, whilst the Palestinians via their leaders in Hamas and Fatah have made it quite clear that there will never be peace with the Jews until every last one of them has been thrown into the sea.

Furthermore, the same League of Nations Mandate which provided the basis of the existence of Israel as a nation also provided for the creation of a Palestinian State for Arabs. The ignorant but ubiquitous millenial aged assertion that the Jews stole the land from the Arabs is historically just not true. Palestine was ruled by the Turks who, when they were defeated during WWI, lost this territory to the British and the League of Nations. The peoples of that territory were Muslims, Christians and Jews.

Once the British took control, Muslims immigrated from many different nations and below is a record from both 19th Century (Ottoman) and 20th Century (British) Censuses:

1923 Having discovered the Golan lacks oil but that the Mosul area in northern Syria is rich in oil, the British cede the Golan to France in exchange for Mosul. At the same time Trans-Jordan was ceded from the Palestinian mandate as well and Egypt was given control of Sinai, the British and France gain control of the Suez canal. (82% of Jewish land was sacrificed in the process!)

In 1934 alone, 30,000 Syrian Arabs from the Hauran moved across the northern frontier into Mandate Palestine, attracted by work in and around the newly built British port and the construction of other infrastructure projects. They even dubbed Haifa Um el-Amal (“the city of work”).

From the foregoing three points on the issue of independence and sovereignty one can easily see what Virtue Signallers often fail to understand, which is, the affects of the Law of Unintended Consequences.

Justice is justice. The Ottoman Empire owned Palestine in which there were few people. The British conquered it and Muslims flooded in looking for work. The British divided the area up giving most of the land to the Muslims and some of the land for the creation of the State of Israel. And then later the British portioned some of that land ceding it to others.

If the British had no right to give Israel land for its’ state, then they certainly did not have the right to give land to local inhabitants and nor for that matter to Egypt and Jordan.

Deny Israel the right to an independent sovereign state and you automatically deny a state to people who now call themselves Palestinians – because – the land belonged to the Turks. The land should be returned to the Turks and Jordan and Egypt must give up what the British gave them. Justice is justice. Justice is not unjust! Righteousness is not unrighteous! Just and Righteous ideology cannot act unjustly and unrighteously!

If you believe in a people’s right to their own sovereign, independent and religiously / culturally / ethnically pure country, then you have to support Israel, Palestine, Catalonia, Tibet, and an independent Kurdistan. You can’t pick and choose as that unrighteous, unjust, criminal, discriminating and lying United Nations does or as do many independent countries around the world.

The Jewish people lost Israel many times to invading armies and most of the Muslims living in Palestine at the time of the creation of the State of Israel were 1st or 2nd generation peoples whose origins lay elsewhere.

The British took the land from the Ottoman Turks and eventually divided it between Jews and Muslims. They either had that right or they did not!

There is an old saying that goes ‘what’s good for the goose is good for the gander!’ Today the world is full of gooses jumping up and down screaming for justice but their hearts are full of lies.

Can you support Tibetan Independence?

Can you support Kurdish independence?

Can you support Catalonian independence?

Can you support Israeli Independence?

Do you support Palestinian Independence?

To deny one of them is to deny all of them!