The Fake Issue of ‘Fake News’ 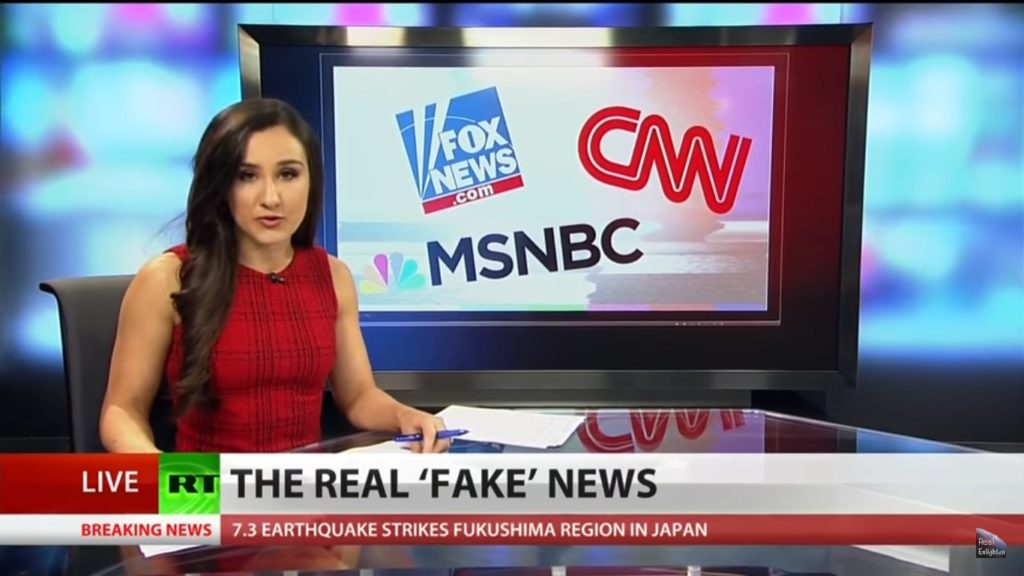 Facebook is planning to launch a mechanism with which they can brand news feed entries as “fake news.”

The information behemoth plans to bring in third party “fact-checkers” and enlist the help of Facebook users to flag content for scrutiny. Some of the third party “fact-checking” entities include Snopes, PolitiFact, FactCheck.org, and ABC News. These anointed entities will determine if the offending post and/or source are “fake news.” Those posts and sources will then be branded with the “scarlet letter.”

Some critical issues arise with this effort and all of them are disingenuous and dangerous. The first issue has to do with the selection of the “deciders.” In the end, the authority to brand a source as a “fake news” source is the authority to destroy credibility.

As with anything that requires a determination, the threshold for what will be deemed “fake news” will rest with the “deciders.” The same quandary exists with “hate speech” laws. Those deciding the fate of the information – and the information sources – will be intellectually hobbled by their biases, i.e. one man’s “hate speech” or “fake news” is another man’s truth. Because we live in an era when journalism schools (and the mainstream media itself) have accepted as standard operating procedure the inserting of opinion into news, truth is now, sadly, subjective. This is significant.

This reality means that the bias of the “fact-checkers” is relevant. Each of the entities tapped by Facebook to act as “fact-checkers” has been accused of – and, in many cases, rightfully so – skewing some of their more critical determinations to a more liberal bent. This presents a fundamental credibility issue, not to mention – where “fake news” fact-checking is concerned, a fundamental danger to free speech. Additionally, installing “deciders” who are even wrongly deemed bias advances the societal fear of censorship and the ability to delegitimize.

Then there is the issue of the coordinated political effort to attain power. As we witnessed during the 2016 presidential race, some political campaigns place more worth on winning than they do in adhering to the truth. The Clinton campaign and her Progressive supporters employed the “slash-and-burn” tactic of the politics of personal destruction in their failed bid to maintain control over the White House. Secretary Clinton, herself, routinely cherry-picked statements from President-Elect Trump’s speeches to inaccurately and disingenuously paint him as a xenophobe, racist, misogynist, and Islamophobe, among other things. Her claims and rhetoric were anything but honest.

So, there can be no doubt that once the Facebook “fact-checking” mechanism is in place, disingenuous political actors, who seek to control the narrative in politics – all for the sake of power, will mount well-funded and coordinated efforts to falsely report as “fake news” truthful and accurate information not being reported in the mainstream media. To think that this won’t happen – or that legions of Progressive foot soldiers haven’t already prepared to execute this disinformation campaign in the bowels of the Media Matters headquarters – is to be naïve to ways of politics in total.

But the larger more shrouded point to the Left’s claim of “fake news” being a scourge on our society and political reality is the notion of being able to label something “fake news” at all. This is an instance where once the label has been affixed – or even floated as a possibility – a negative stigmatism is perceived, rightly or wrongly. Progressives want to be able to use the notion of “fake news” as a tool to delegitimize information they both don’t agree with and/or find damaging to their candidates and causes.

How many times have you heard prominent Democrats, Progressives and Liberals demonize FOX News as “Faux News”? A great deal of FOX News’ online information is gathered from the same sources as NBC, ABC, CBS, and CNN – the Associated Press, Reuters News Service and AFP. And their news reporters (like the wholly credible Catherine Herridge, Jennifer Griffin, James Rosen and Rick Leventhal) have been honored with major journalism awards and never debunked as biased in their reporting. But this is ignored by the disingenuous Left. The branding of FOX News by Progressives as having a conservative bias allows them to disingenuously delegitimize information from that source as “politicized”, affording the rank-and-file Left the ability to dismiss information they don’t agree with, even if it is truthful at its core.

Ironically, if the mainstream media hadn’t signed-on to the Progressive influence in our journalism schools to opinionate the news; if the managing editors of the major mainstream media news outlets had executed fidelity to the separation of opinion and news; if they had insisted that news reports limit themselves to “who, what, where, when, why and how,” there would be no need to broach the subject of “fake news.” The root cause of this issue is not bloggers or “click-bait” websites or even Facebook, as the likes of the Bill O’Reilly’s would have you believe, we have survived tabloid journalism before. The root cause is the sensationalizing and emotionalizing of “news reports” for the 24/7/365 news cycle, and the mainstream media’s need for ratings.

In the end, Progressives and Democrats – and their mainstream media lap dogs – are salivating at the opportunity to delegitimize truthful information that exists as a threat to their control of the narrative. Baiting Facebook into being their most potent tool (read: their most useful idiot) in this de-legitimization campaign is a brilliant ploy. But that’s exactly what it is, a ploy.