Failures of United Nations & Leaders in the Middle East 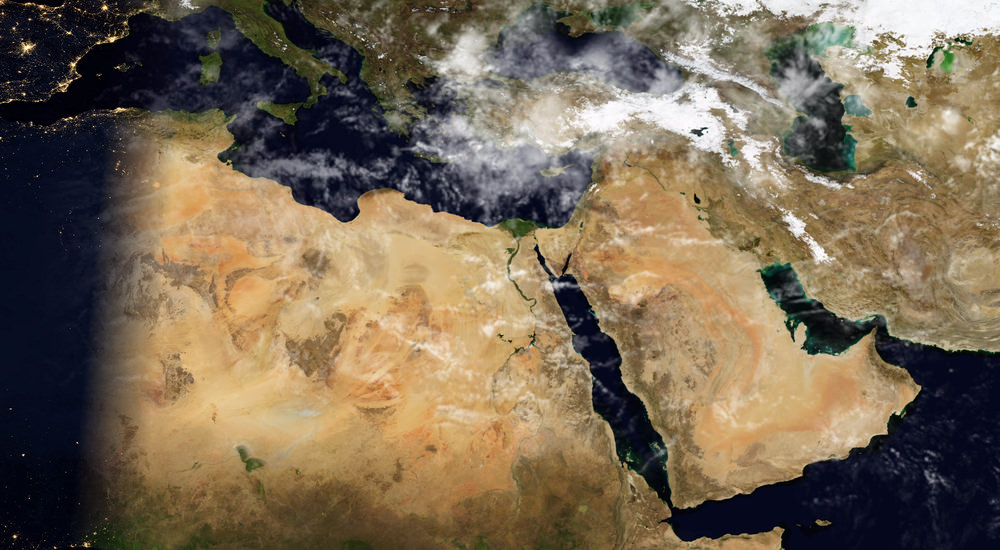 In past couple of decades, Middle East has taken the center stage of the world politics and United Nations operations. Slaughtering of innocent men & women, destruction of schools, hospitals, rails, and bridges are some of the frequent activities. At the same time, leaders of every powerful nation want peace and safety for all. They vow to protect humanity at any cost. But their words evaporate in the air and their action does anything but fueling the war, more and more and more!

Let’s take a closer look on the failures of policies in past 26 years. Polices which did nothing but destroyed millions of people & their families. People, just like you and me who wanted nothing more than a peaceful life.

1-The Gulf War-1991: Root Cause: A relatively young, egoistic and irresponsible dictator, who thought of taking over Kuwait forcefully. The madness of Saddam Hussain was responsible for the death of 20,000 to 26,000 Iraqi military personnel and approximately 293 US soldiers (From Wikipedia).

United Nations Role: The real massacre began after Kuwait’s liberation. The so called guardian of humanity aka the United Nations went further and imposed a series of sanctions, to dismantle Saddam’s regime.

Outcome: Sanctions took heavy tool on the civilians and innocent people. From New York Times (12-01-1995), “As many as 576,000 Iraqi children may have died since the end of the Persian

Gulf war because of economic sanctions imposed by the Security Council”. Yes, you read that correctly, its 576,000, children died due to starvation and malnutrition.

Question: “Was that the only way to bring down a dictator? Will you advise this kind of solution to resolve a conflict?” Hell No. But sadly our ‘leaders’ did.

2-Libya-2011: Root Cause: An armed rebellion by a bunch uncivilized barbarians, murders and extremists.

Role of NATO: NATO supported the rebellion forces & killed Gaddafi. Cited, that Gaddafi was a threat to the Libyan population. Was Gaddafi that bad for Libya? Answer is NO. Here is the fact “In 1967 Colonel Gaddafi inherited one of the poorest nations in Africa; however, by the time he was assassinated, Gaddafi had turned Libya into Africa’s wealthiest nation. Libya had the highest GDP per capita and life expectancy on the continent.” (globalresearch.ca, 09-14-16).

Outcome: Now Libya is a Failed Sate. NATO left Libya in burning. Not to mention that Four Americans were burned down alive. From theguardian.com, “What is now known, however, is that while the death toll in Libya when Nato intervened was perhaps around 1,000-2,000 (judging by UN estimates), eight months later it is probably more than ten times that figure”.

This proves that our leaders who proclaim to protect humanity, while their act is nothing but ‘Insanity’.

Question: “Will you advise this kind of solution to resolve a conflict? Hell No. But sadly our ‘leaders’ did.

The madness of these world leaders and United Nations did not end here, the climax is yet to come and that takes us to Syria.

3-Civil War in Syria-2011: Root cause: A small subset of people dissatisfied with the Assad regime’s suppression of human rights. Fair enough point to protest and demand for equal rights.

Role of Obama, EU and United Nations: To throw Assad regime, they Sanctioned Syria and provided weapons to different rebel groups. Some of these rebel groups were (are) affiliated to Al-

Qaida and ISIS. Arming Al-Qaida and ISIS to bring peace? Does it sound like strategy? I would say its sickness.

Role of Russia: Supported Assad’s military forces by all means to keep Assad regime in place.

Outcome: A never ending civil war and estimated 400,000 dead bodies and still counting. As per CNN ’As of December 2016, 4.81 million Syrians have fled the country and 6.3 million people are displaced’.

Who is Responsible: The Obama, EU, United Nations, Putin and Assad. All want to win the war over a pile of dead bodies instead of peace.

Anyone wants to see the hell? Just visit Syria. It’s a land of destruction, death, sorrow and grief.

So, what can you do, as an ordinary citizen to stop this carnage? The simplest answer would be to elect a genuine peace loving leader. But the billion dollar question is what can you do if an elected leader uses the fake news propaganda to start a fight? What can you do? Can you re-vote and take down that leader? Can you?