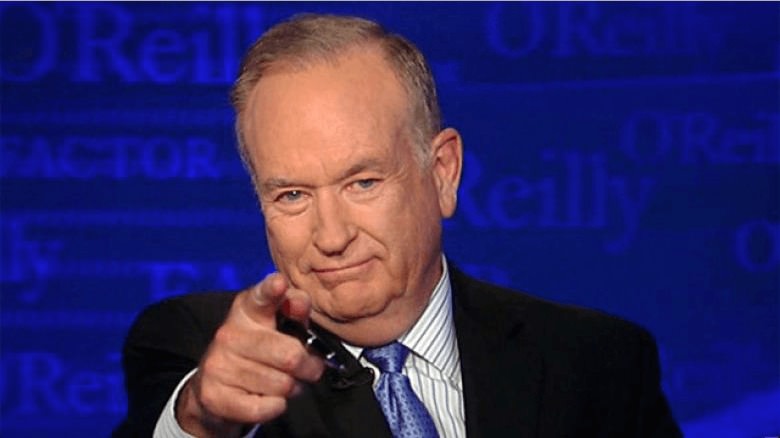 To spin something is to turn it around. In the vernacular of the popular newscaster Bill O’Reilly who hosts The No-Spin Zone show ”The O’Reilly Factor”, hosted by the  Fox News Channel, this evidently means that news will be presented without trying to twist it to mean something other than what the facts dictate.  We have all seen the spin of the White House and numerous politicians.  The diplomat talks of “substantial progress” if in fact another meeting is scheduled to rehash what has been discussed repeatedly without substantial agreement. Specifically, we hear that there has been substantial progress in Iraq when in fact there are reports of daily massacres, a new strategy is proposed, and there is a constant reminder that no end is in sight.

No one denies that the news is often spun to portray a viewpoint that doesn’t really tell the whole truth.  This is not exempt from the “No Spin Zone”. The first evidence is the attempt to intimidate guests who hold views contrary to Mr. O’Reilly’s.  The pattern is as follows:  A cause if identified, a position is taken and a tirade ensues based on the foregone conclusion that something is so because the opinion of Mr. O’Reilly has identified it to be so.  As a highly visible example I give you Mr. O’Reilly’s viewpoint on the cause of higher gasoline prices.

He has concluded quite erroneously that supply and demand plays a very insignificant role in the fluctuation of gasoline prices.  He has indicated some variation of a conspiracy is at play and refuses to budge even though he offers no evidence to substantiate his claim.  He has hosted Neal Cavuto who has succinctly pointed out the error of O’Reilly’s thinking but this is ignored and the spin goes on.

Mr. O’Reilly has a very twisted view of supply and demand.  He believes that if a price of a commodity goes up or down there has to be a direct instant response for derivative products which ignores the other factors that can influence the price of a product.  For instance, let’s consider a raw commodity like corn. The price of corn may fall if there is too much production, but may rise if there is a huge anticipated demand from cattle feeders, ethanol production, foreign markets or squirrel feeders. What this demonstrates is there are many derivative products that can be produced from corn and any rise or fall in the demand of any of these products may impact the price of other products. Crude oil has this same phenomena at work.  There are many different derivative products that can be produced from crude oil.  If heating oil is in short supply and much of the crude must go into that production this impacts the availability of crude for gasoline production.  Therefore even though the price of crude drops the price of gasoline may not follow instantly and directly. Checking the OPEC website the following uses of crude oil are described by this quote,”These include liquefied petroleum gas (LPG), naphtha, kerosene, gas-oil and fuel oil. Other useful products which are not fuels can also be manufactured by refining crude oil, such as lubricants and asphalt (used in paving roads). A range of sub-items like perfumes and insecticides are also ultimately derived from crude oil.”  Now, surely it isn’t too difficult to understand that this competition by end uses would impact each of the derivative products.  With a big demand for gasoline, the competition for a barrel of crude would drive the price up as the demand for other derivative products sought satisfaction .

Mr. O’Reilly was a school teacher and if he pushed his theory onto his students it would be no wonder that his graduates would be economically illiterate. He talks of “looking out for you” but does this indicate a concern for truth?  Shouldn’t that be a component of “looking out for the folks”?

Bias is not just a left wing phenomena.  O’Reilly is a staunch advocate of the pro-life crowd.  See his talking points on Dr. George Tiller.  Did O’Reilly consider the fact that unless a pregnant woman can have a pregnancy terminated by her decision process then the government is forcing her to give birth?  In his talking points he refers to the terminated fetus as a “baby”. This is not fair and balanced . This is bias and relies on intimidation for support.

It is one thing to seek objectivity and avoid spinning stories but it is quite another to display integrity in what you say you represent.  The false dichotomy of liberal versus conservative (both poorly defined terms) has given us a television Rush Limbaugh in the image of Bill O’Reilly.  Both of these “entertainers” have cabbaged onto what they believe is popular opinion and molded a show around liberals and conservatives as if these are the only available ideologies there are.

In reality, these two labels are not ideologies but poorly defined depictions of various waffling opinions and stances.  When the mix gets too muddled to discern we see the emergence of the “moderate”.  The recent spending binge of the “conservative “ Republicans showed the reality quite clearly.  Power hungry politicians can talk conservative or liberal but the reality is in the performance.  They both emerge from the same cocoon.  And this is not an observation you will find on the O’Reilly Factor”  HIs version of looking out for the folks is to smooze viewers into thinking he is speaking common folksy wisdom when if fact he is misleading by mollification.

There is an observable phenomena in everyday life where people think that if they say something often enough it will evolve into truth.  There is a popular saying that negates this very effectively.  “Saying don’t make it so”.  And that, dear reader, is genuine, “no spin”.