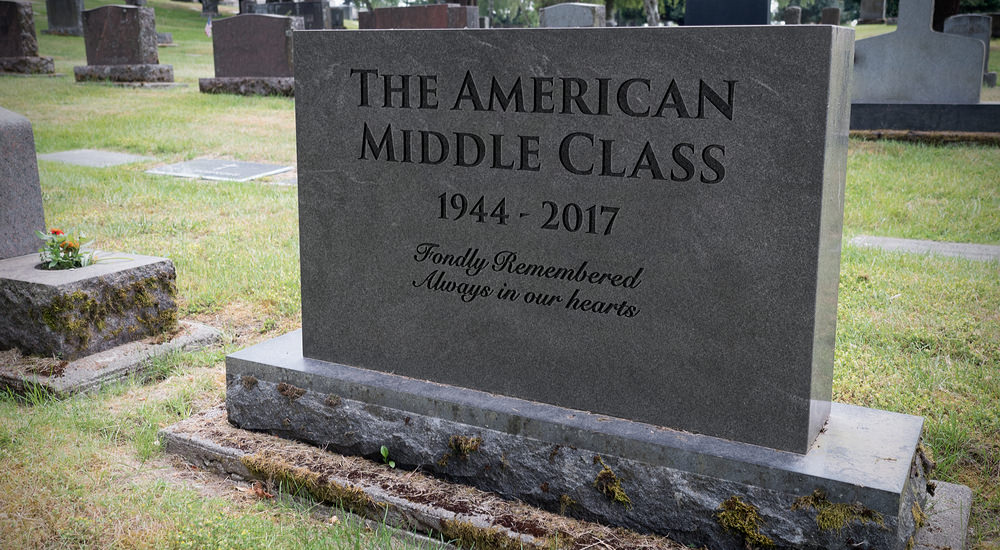 We moved into a middle-class neighborhood in a NW section of Canton, Ohio, during the peak of the housing bubble. The homes were older but well kept up. We could sit on the porch and watch nice people walking little dogs down the street, many of them smiled and waved. My children had friends nearby and it was safe for them to play outside. We got to know our neighbors and we looked out for one another.

Soon everything changed. Many of our neighbors worked at local factories, companies were closing, moving, and had laid workers off. The sudden lack of income coupled with an estimated 40,000 dollar decrease in local property values caused that neighborhood to become unsustainable.  As banks foreclosed on homes and people moved elsewhere to find work, many homes sat vacant to eventually be torn down, boarded up or turned into rentals. My last memory of my old neighborhood was hearing gunshots, watching a gang of drug dealers walk down the street with a Pit Bull and doing business on the corner. While minding my own business I saw someone glaring at me out of the corner of my eye. “Who are you looking at.” he said. Cops, sirens, broken glass, dirty needles lying on the sidewalk, and blood-curdling screams became the new normal.

I have found myself living in a different kind of community than the one I moved into. It became the un-community. Gone was the sense of community, safety, and mutual respect I have watched large sections of Canton, Ohio, fall into ruin. Many urban communities have become unsustainable because of the exodus of manufacturing jobs. As jobs disappear, many families break under financial stress and young people with little to look forward to turn to crime.

As crime increases, many small businesses such as corner stores are affected by break-ins, robbery, and vandalism. They are faced with the choice to relocate or simply go out of business, creating food deserts. Property values hit bottom. A once thriving community falls into ruin.

Sustainability should be thought of before it’s too late. Steps should be taken to retain the cornerstone of the local economy; Canton was built on manufacturing. More attention needs to be focused on sustaining local economies. Large Companies should be held accountable for the damages done to communities when they decide to relocate. Government should also be held accountable for policies that hinder economic sustainability and growth

Even the areas outside of the city are affected by the same problems.  I now live in a Middle-Class neighborhood in Plain Township. The neighborhood where I currently reside is populated by middle-aged and older people, many of whom escaped the downturn in the economy because they are retired. My current neighborhood is holding its own for now, but I believe it is unsustainable. As the oldest people pass away or move to a retirement community they are leaving behind empty homes.

What is to become of the vacant homes in my neighborhood? So far they have escaped vandalism, but unless people can buy these properties the values will decrease. The reason that better areas have not been affected as bad is only temporary. It’s like a pool with a deep and shallow end that has a leak. When the shallow water disappears the deep end will continue to have water until all the water is gone. Eventually, everything is affected equally. We need to work now to stop the leak and pump new water into our pool; it is becoming a stagnant pond.

My community has all of the natural resources to be sustainable far into the future but that is not the problem. Middle-class neighborhoods are not sustainable without middle-class income. Canton has already proven that it is not sustainable. The standard of living for many has fallen sharply over the last decade. Many of the new jobs that politicians love to brag about are at call centers, retail, fast food establishments and health care. Low wage jobs cannot supply enough income to be able to afford a middle-class lifestyle. If everyone went to college to be able to find one of the few better paying jobs the excess amount of qualified persons will only drive down wages for those positions. We have seen this happen.

Thanks to Stark State and other local colleges we have a large pool of qualified workers. We have more workers than jobs. This alone makes higher wages unsustainable because of the law of supply and demand. If the low-wage jobs decide to raise wages they will also have to raise prices on goods and services or lay off workers in order to sustain the new demands; another unsustainable situation arises.

My answer to the above question is no. In order to build this community and sustain it, we will have to go back and do what we did to build it in the first place. Bringing back good paying manufacturing jobs to Canton Ohio is the only way I can conceive of to sustain a healthy community.

In an article by Tim Henderson on the CNN Money website titled; Many Americans are rising out of the middle class, but are they better off? Tim Henderson explains how the middle class is shrinking. The article points out that slightly more people have risen above the Middle Class than those who have fallen into poverty. This looks good on paper but because of inflation these families actually have less buying power from their income than they did prior to advancing. Economist fear; that rising income inequality will hinder the ability of children from low-income families to be better off than their parents.  States that have been the hardest hit are those whose economies are based on manufacturing.

“Adjusted for inflation, Ohio’s median income has declined to $49,308 in 2014, from $57,748 in 2000.” Tim quotes Will Cooley, a history professor at Walsh University “Ohio is at the epicenter of decline”.    Many manufacturing jobs have left Ohio and the only jobs replacing them are mainly Health Care and other service jobs that do not pay as much.

Another perspective the author could have considered is some of the effects of the declining middle-class on inner city neighborhoods. From my observations People who are able move out of Canton with a preference to live in the townships. The people left behind do not have the means to maintain their property. As poverty and blight increase the middle-class neighborhoods decrease. As members of the middle-class fall into poverty, they find themselves losing homes, cars, and opportunities.  The longer people go without finding gainful employment the harder it becomes for them to get back what was lost.

When you realize how much less buying power a middle-class income has now compared to fourteen years ago you would have to realize that the middle-class are the new working poor. Wages for many of us have been stagnant for quite some time. The Middle-class has not been able to keep up with inflation. Something has to be done to change things soon or we will not be discussing middle-class in the future. Without a healthy middleclass there will be no stepping stones for the poor to climb out of poverty. Canton Ohio needs to bring back good manufacturing jobs in order to be sustainable well into the future.

One unsustainable practice that has led to the exodus of manufacturing is outsourcing. There are several reasons for outsourcing that have not been considered.

I made an argument in the 1990s that outsourcing of jobs would wreck the middleclass. My friends said I did not know what I was talking about. They defended their position by pointing out that outsourcing makes it possible to make products affordable and how the practice actually helps the poor. My counter argument was and continues to be the same; I will stick by it. The more jobs that are lost to outsourcing will cause more people to fall into poverty with the end result being that less people will be able to afford the cheaper products causing the company’s to lose business in the long run.

Circumventing Labor laws that were meant to protect the American worker is a deciding factor in the decision to outsource jobs. Workers in China do not enjoy our standard of living in an article published by The Huffington Post, according to the bureau of labor statistics a factory worker in china makes less than one tenth of the income of an American worker. (Didn’t we outlaw slavery in The USA in 1865?)  It must be ok as long as the new slaves live in China.

Another reason for outsourcing is environmental.

I have discussed how Canton, Ohio’s, middle class was built on the cornerstone of manufacturing.  Without high paying manufacturing jobs our middleclass is unsustainable. Without middleclass opportunities the poor lose their steppingstone to a better tomorrow. Without a middleclass the demands of goods and services are cut short. Without a middleclass customer base business fails leading to the destruction of wealth. The middle class buys the products, pays the taxes, lifts the poor and sustains the wealthy. I have also shown what threatens the middleclass and offered my opinions on what needs to change.

If the middleclass is not sustainable everyone inevitably loses.